Kilsyth Civic Week – Art/Poetry winners
Our congratulations go to Zoe Walker, Kirsty McDowell and Alana Thomson (all S3) who are all winners in this year’s civic week art competition and also to Fergie Henderson (S1) who won the poetry competition.  Well done to you all your Art and English teachers are very proud of you.

YPI National event
Following their successful interview on STV2’s Live@five show, last week our winning YPI team presented at the National Celebration event celebrating 10 years of the Wood foundations YPI Scotland scheme.  Hannah McFarlane, supported by a video message from her team mates Carly McLaughlin and Zoe Rutherford who were in London, took to the stage alone to deliver a challenging and powerful message to an audience of 1200 young people about the power of youth action.  Sharing the stage alongside comedian Anna Devitt and singing superstar Emile Sande. Hannah more than held her own and we are very proud of all three girls achievements this year.

Junior and Senior Awards Ceremonies
Last week we held both our junior and senior awards ceremonies.  Our seniors were addressed by guest chairman Professor Frank Clarke C.B.E. and our guest speaker Mr Ken Lewandoski who delivered a thoughtful, direct and inspirational message to our pupils.  Our congratulations go to all pupils who received either a prize or award recognising their efforts and achievements over the course of next session.

S1 Residential trip
A number of our S1 pupils recently returned for a three day residential experience at Auchengillan Outdoor Centre where they took part in a wide range of outdoor activities and challenges.  The pupils were more than up for the challenge and were a credit to the school.

London Trip
A number of pupils returned for our London trip last week after a very full few days that involved a West End show, a visit to Harry Potter studios, the Natural History Museum and a tour of the Houses of Parliament where they met local MP Stuart MacDonald.  This was a busy and exciting experience for all the pupils involved.

Activities days
This week pupils participated in activities trips to M&Ds and Blackpool Pleasure beach in a final reward before the summer holidays.

Twitter
Thanks to everyone who has helped us break the 1000 followers mark.  If you haven’t yet, please follow @KilsythAcademy for up-to-date news and events from the school.

Last Day – Thursday 28 June
The school will close for the summer, on Thursday 28th June, at 1.00 p.m. SQA results will be published on Tuesday 7th August.

The school will re-open for pupils on Thursday 16th August, at 8.55 a.m. Pupils travelling by school bus can go on any Kilsyth Academy bus that day, pending the issue of bus passes. 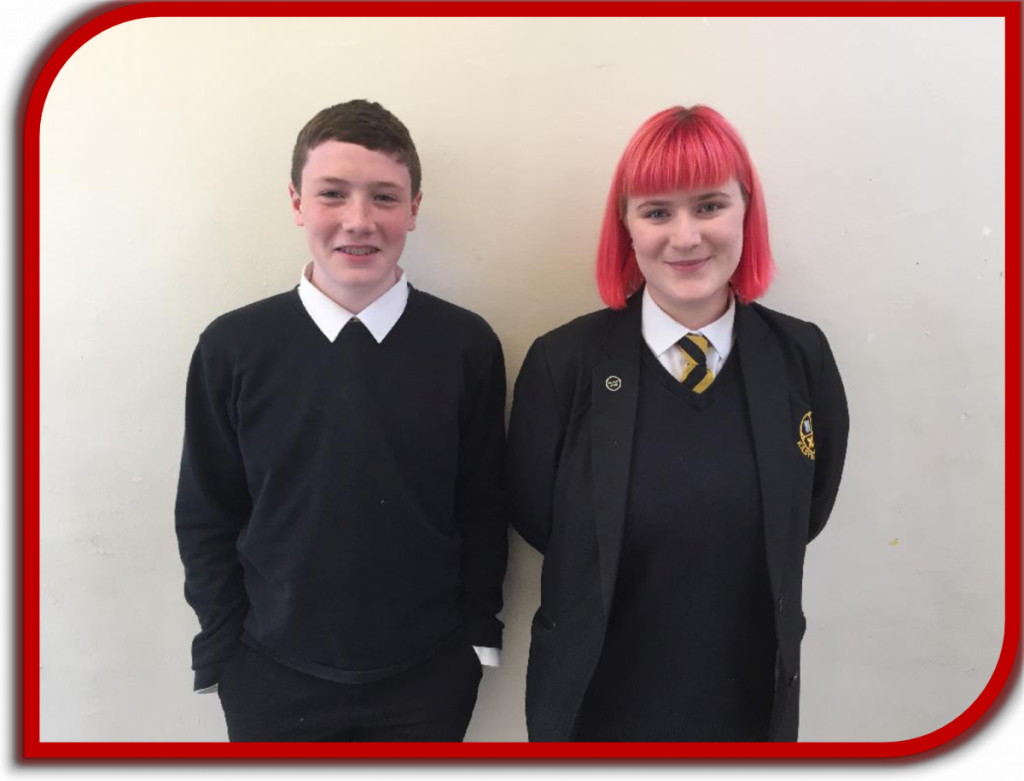 We are delighted that two of our pupils have won places on the prestigious Creative Residency. The Residency, held annually at the Kilbowie Outdoor Centre, offers an inspirational opportunity to pupils studying in schools across North Lanarkshire. Pupils who have demonstrated excellence in a specific field are nominated by teachers to enter a competitive authority-wide application process.
The course is delivered by industry professionals and takes place at a crucial time in their creative life and artistic development. The Residency not only provides pupils with the opportunity to explore, investigate, interact and communicate with like-minded individuals, but also challenges and stretches the creative thinking and practical skills of participants.
This year, Kilsyth Academy will see two pupils attend this excellent programme from 24th-28th June. Eilidh McDowall will study Creative Writing and Dylan McLay, Drama. Both students have produced outstanding work at National 5 this year.

P7/S1 transition
Last week we welcomed our new S1 pupils to Kilsyth Academy for two days of lessons and activities in preparation for starting in August. It was great to see the enthusiasm of all our new S1 pupils who, worked hard, participated with energy and enthusiasm and left a smile on everyone’s face. They thoroughly enjoyed their time in school and we look forward to welcoming you all back in August.

North Lanarkshire Council – Languages Awards
At the recent NLC Languages awards held in the Excelsior Stadium, Airdrie a number of our pupils were recognised for their progress and achievements in language learning this session. Pupils were recognised as being either an Outstanding Language Learner or the Most Improved Language Learner in French, German or Spanish over the course of this year based on performance and participation in class and performance in assessments. This is a great achievement for our pupils being awarded and we are very proud of their efforts. Pupils were presented with their certificates by Nathalie Kormaz from the Alliance Française, Dr. Sabine Schluter from the Goethe Institut, Xabier San Isidro from the Spanish Education Office in Edinburgh and Louise Glen from Education Scotland.

North Lanarkshire School’s Athletics Championships
Over the last two weeks, pupils from Kilsyth Academy have been taking part in the annual county athletics championships at Wishaw Sports Centre. Our pupils were a credit to the school and our local community, competing fiercely but with dignity and sportsmanship and always giving 100% effort. The following are some of our notable successes but we’d like to extend our thanks and congratulations to all our pupils who participated.

In addition to this some pupils qualified for finals but narrowly missed out on the medals. S3 Calum Smith 4th in 1500 meters, S3 Hamish McMillan 4th in Discus S2 Robyn Stark 6th in 70m Hurdles and S1 Gracie Currie 5th in Triple Jump

Day 2 of competition was very exciting with many of our pupils making finals in both track and field events.
Day 2 medalists and finalists are as follows:

Royal duties
As part of the 70th Birthday Patronage Celebrations for Prince Charles at Buckingham Palace on Tuesday 22nd May 2018 our very own Luke Shearer was lucky to be invited to play with the National Youth Pipe Band of Scotland and also had the opportunity to meet the Prince of Wales. Our congratulations go to Luke for this amazing experience.

Television appearance
Hannah McFarlane, Carly McLaughlin and Zoe Rutherford (S5) our winning ‘Youth Philanthropy Initiative’ (YPI) group this session will be interviewed live on the STV2 programme Live at 5 on Friday 15 June 2018 and we hope as many of our school community as possible can tune in to watch and give the girls their support.

The three girls have been on an amazing journey this year winning The Wood Foundation’s YPI grant of £3000 for their chosen charity ‘Friends of Merkland School’. In addition to winning they providing a significant, moving and inspiring talk to delegates at this year’s ‘The Gathering 2018’ conference in Glasgow, the largest 3rd sector conference in Europe. They are following this up with their live TV duties about their experience of YPI and will round of the year next week by providing a final keynote speech to the annual YPI conference at the Perth concert hall immediately before Scottish music star Emilie Sandie takes the stage to close the conference. It’s been quite a year and our thanks go to the girls for their hard work and commitment in representing the school on the national stage.

MasterChef
Last week, pupils from across S3 and S4 studying Hospitality were lucky to have a lesson from BBC’s MasterChef the Professionals Champion 2016, Gary MacLean. Gary kindly gave up his time to spend a morning with us in which pupils learned cookery skills and techniques in addition to hearing about Gary’s experience on MasterChef and the opportunities it has provided him. This was a really engaging and exciting opportunity for our young people and our thanks go to Gary for his time and support of the school.

Senior Social
Last week senior pupils, together with staff, enjoyed their formal end of year dinner at the village hotel in Glasgow. This was a great night enjoyed by all and we wish all those leaving school our very best wishes for the future.

Junior and Senior Awards Ceremonies
This week sees both our junior and senior awards ceremonies. Our congratulations go to all pupils who received either a prize or award recognizing their efforts and achievements over the course of next session.

Twitter
Thanks to everyone who has helped us break the 1000 followers mark. If you haven’t yet, please follow @KilsythAcademy for up-to-date news and events from the school.

Dates for you diary
School uniform sales will take place in the school café on Monday 18th June from 5.00 to 8.00pm.