The past year has passed by in a flash. I know I’m not exactly old, but I now realise how true it is that time seems to fly by as you get older. There’s no more sitting in a classroom trying to keep my eyes open on a Friday afternoon, or traipsing to classes I didn’t enjoy only to sit there disinterested for fifty minutes. Instead, I blink and first year is over. I’m doing something I truly enjoy.

As I enter the second year of my teaching journey, I feel as though this is a perfect time to reflect on my experiences thus far. First year saw me face many challenges and handed me new opportunities and experiences; my most favourable being my school-based placement. This gave me the opportunity to put what I had learned in lectures, into practice.

Second semester was a bit of a whirlwind. One day we were sat in the lecture theatre learning about strategies for behaviour management and the next, we were using them in our own classes. I’m not going to lie, I was a bit overwhelmed during this semester, having to think about lesson planning, curriculum knowledge, behaviour management strategies and lesson content all whilst preparing for two assignments and two exams. I felt a bit lost-as though everything had been thrown at us all at once. As much as I felt I had been hounded with information, I was so excited to get out on placement and use what I had learned.

Placement was exhausting, but extremely rewarding. I was lucky enough to have a fantastic placement experience, in a great school with extremely supportive mentors and a hard-working and respectful class. This does not mean, however, that I didn’t run into any challenges. Placement taught me a lot.

Here are my top 6 tips for a successful placement!

I cannot wait to get back into the classroom come November and do what I love doing.

Until next time x

Modern Languages is one of the eight curriculum areas in the CfE (Curriculum for Excellence), along with Expressive Arts, Health and Well-being, Mathematics, Religious and Moral Education, Sciences, Social Studies and Technologies and therefore should be  taught to every young person in education throughout the BGE (Broad General Education) stage of the CfE.

Languages have never been the choice of the majority when it comes to SQA exams. Ever since the early 2000s, the number of young people in Scotland choosing a language as part of their Senior Phase studies has been decreasing. Recently, the rate of decline has sped up. Taking French as an example, in 2016, 4581 Scottish Students sat their Higher exam. The following year, the same level was sat by 3918 pupils across the country; this is a 19% decrease. The number of pupils who chose to sit Higher German has also decreased by 13% over the past year. (1020 pupils in 2016 compared to 890 in 2017). 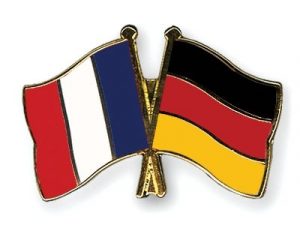 According to the 2016-2017 Languages Trend Report, as many as two thirds of teachers (66% from the state sector and 68% in the independent sector) find persuading young people to study a language beyond S3 challenging. That makes this issue the single biggest professional challenge that language teachers across Scotland currently face.

Why is this the case?

The need for good grades

As pupils come to the end of the BGE stage in the curriculum and embark on further years of intensive work towards SQA exams, they are aware of the fact that the choices they make about subjects, and the quality of the grades they get in the exams, will have a huge impact on their success at getting a place at their chosen university or college.

With tough competition for university places, and universities able to select the most able students, it is important that pupils select the subjects in which they believe they can achieve the highest grades in, and also those which relate directly to the course they wish to study in further education. SQA exams in Modern Languages have earned a reputation not only for being more difficult than other subjects, but also for being inconsistently and harshly marked. Both students and teachers have also long complained about the huge leap in performance expectations between National 5, Higher and Advanced Higher Modern Languages. The unpredictability of grades is a serious deterrent to students who are focused on doing everything they can to increase their chances of achieving high grades to secure university or college places. 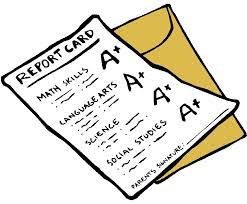 “Languages are not as important as STEM subjects”

Whilst it is fantastic that the campaign to promote and raise the profile of STEM (Science, Technology, Engineering and Maths) subjects has been and is continuing to be successful, it is in-turn contributing to the decline in interest of studying a Modern Language at exam level. The most ‘able’ students are often encouraged to study all three Science subjects as well as Maths and English at Higher, to secure them a place at Uni and later, a successful career. 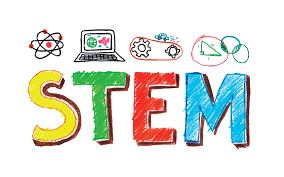 Despite all the reasons you’ve most likely heard about the benefits of language learning – boosts chances of employability, allows you to travel with ease and helps you meet people from other countries  – some people seem to think that being bi or multilingual isn’t all that important anymore. And it is due to the stereotypes it’s given, and the fact their importance isn’t widely shared that Scottish school pupils are now leaning towards other areas of the curriculum and moving away from studying these very important subjects.

How are we going to change this?

The implementation of the 1+2 approach, which should be fully in place all over the country by 2021, should improve the above statistics. This approach aims to ensure that every young person in education has the opportunity to learn a modern language (known as L2) from P1 until the end of BGE. Additionally, each child is entitled to learn a second Modern Language (known as L3) from P5 onward. This should mean that each child goes into secondary school having a basis of knowledge for two Modern Languages. From there on, it is important that Secondary Schools acknowledge this, and praise the children for their learning in order for their desire to learn to grow.

In addition, we need to promote languages across the schools; both primary and secondary. We need to share the benefits of studying these language during Senior Phase. We need to end the stigma that Modern Languages are among the ‘least important subjects’.