For most of November 2016, the StreetsAhead Tranent mural was on exhibition at Waverley Station.  We had so many tweets and emails from people saying how much they loved seeing the mural as they travelled through the station!

On Sunday, 27th November, a few of the StreetsAhead children were on hand to give mural tours to members of the public.  We even recognised a few faces from East Lothian as they passed through on their way to the Christmas market!

Thanks to Scotrail/Network Rail and Waverley Station for allowing us to display the StreetsAhead mural! 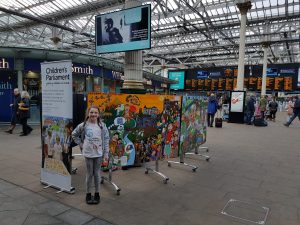 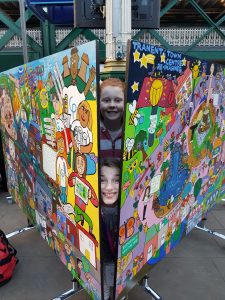 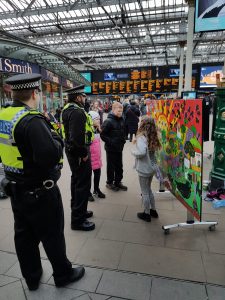 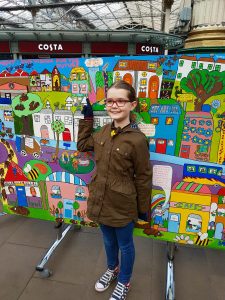 (One of the children who took part in the initial StreetsAhead workshop at her school was able to find her drawing of a bug hotel!)

On Friday, 18th November, the StreetsAhead team travelled to Dundee to take part in the Festival of Architecture Finale.  This event was held at West Ward Works and showcased all the different projects that had taken place throughout the year.

The children gave mural tours to the other guests, including Fiona Hyslop, Cabinet Secretary for Culture, Tourism and External Affairs.  She even gave StreetsAhead and Children’s Parliament a shout out during her speech! 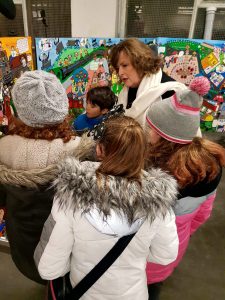 We also got to explore the other exhibitions, which included a round of crazy golf and some virtual reality headsets! 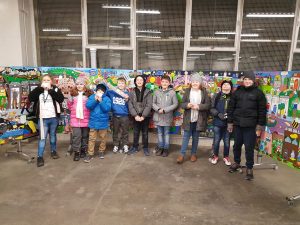 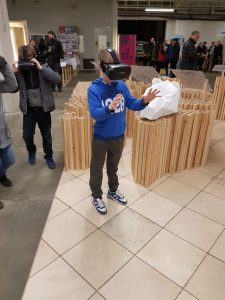 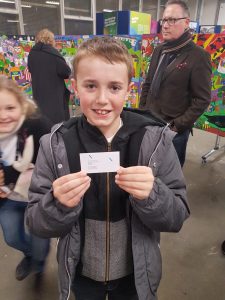 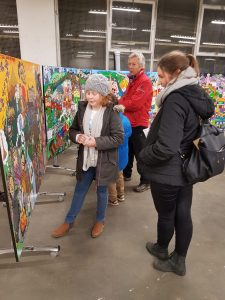 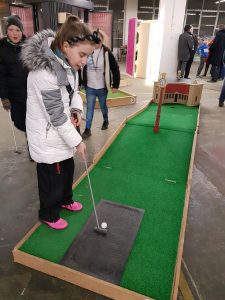 Following the Festival of Architecture Finale, we walked into Dundee City Centre and saw the lighting of the Christmas tree in Civic Square, enjoyed some chips and hot chocolate on a cold night, and then saw the first few minutes of the fireworks show (before it was stopped due to the wind).

Although we didn’t arrive back at home until after 10pm, we had a fantastic time! 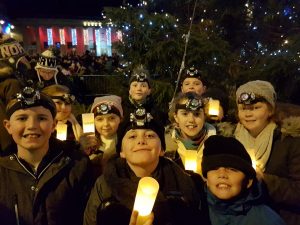 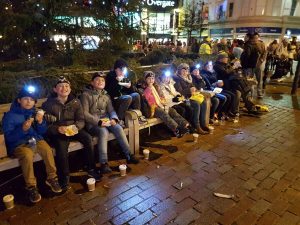 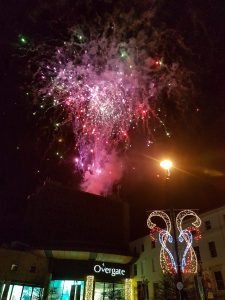 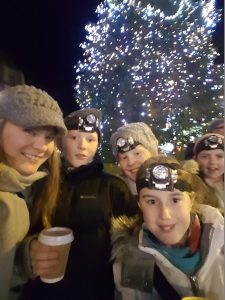 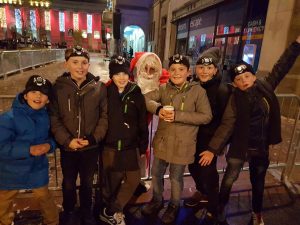 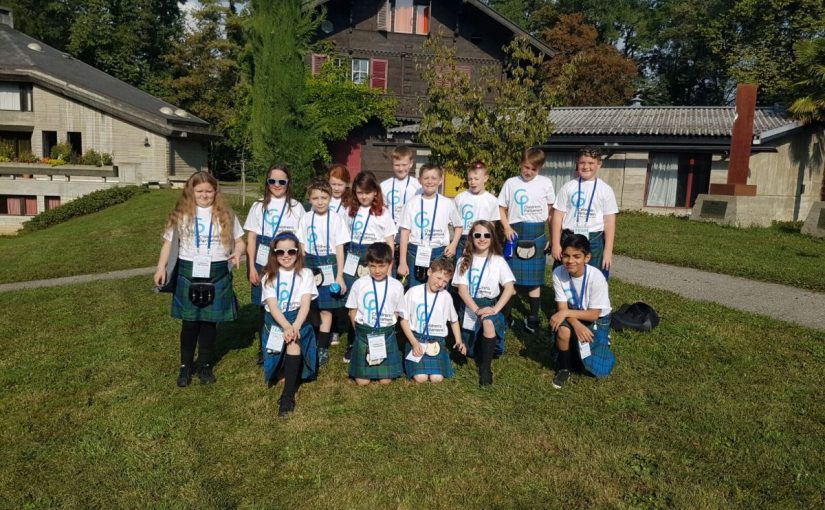 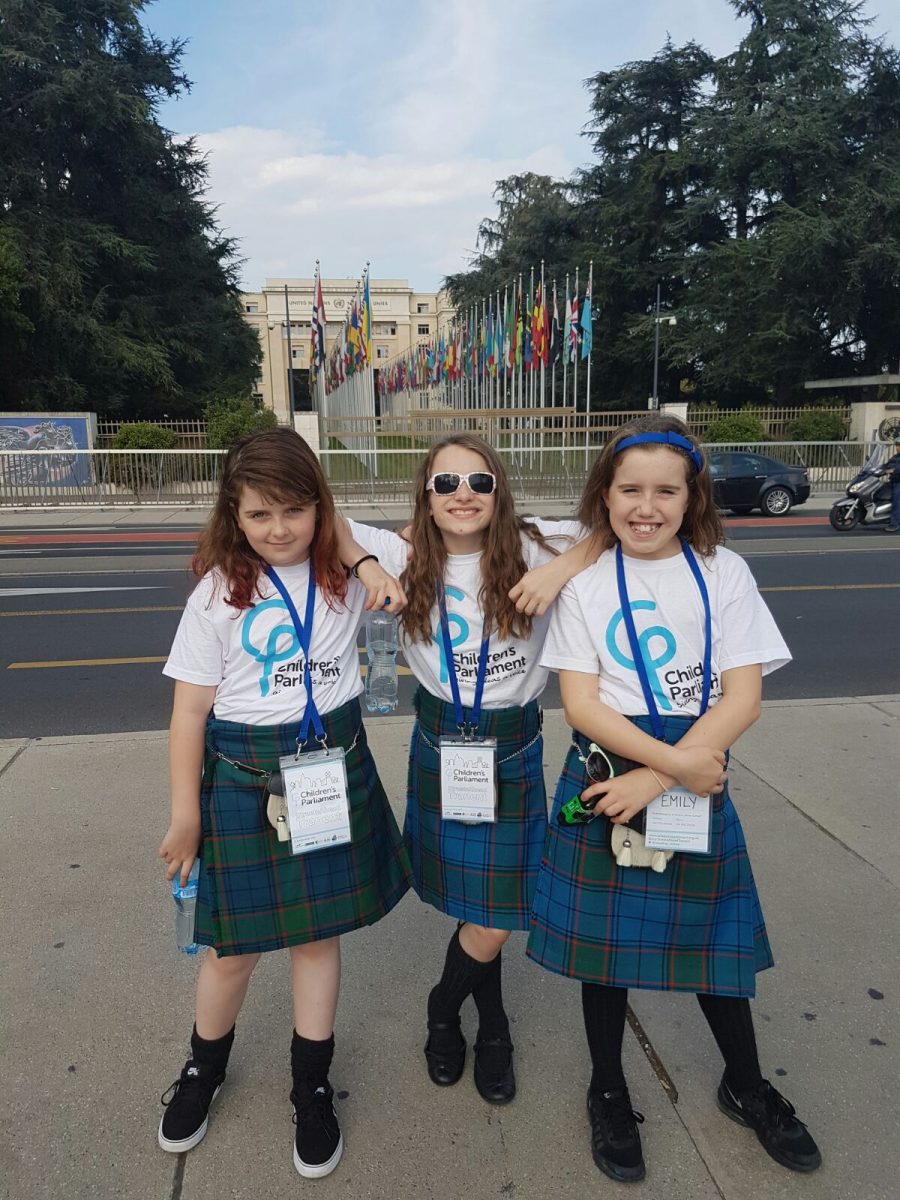 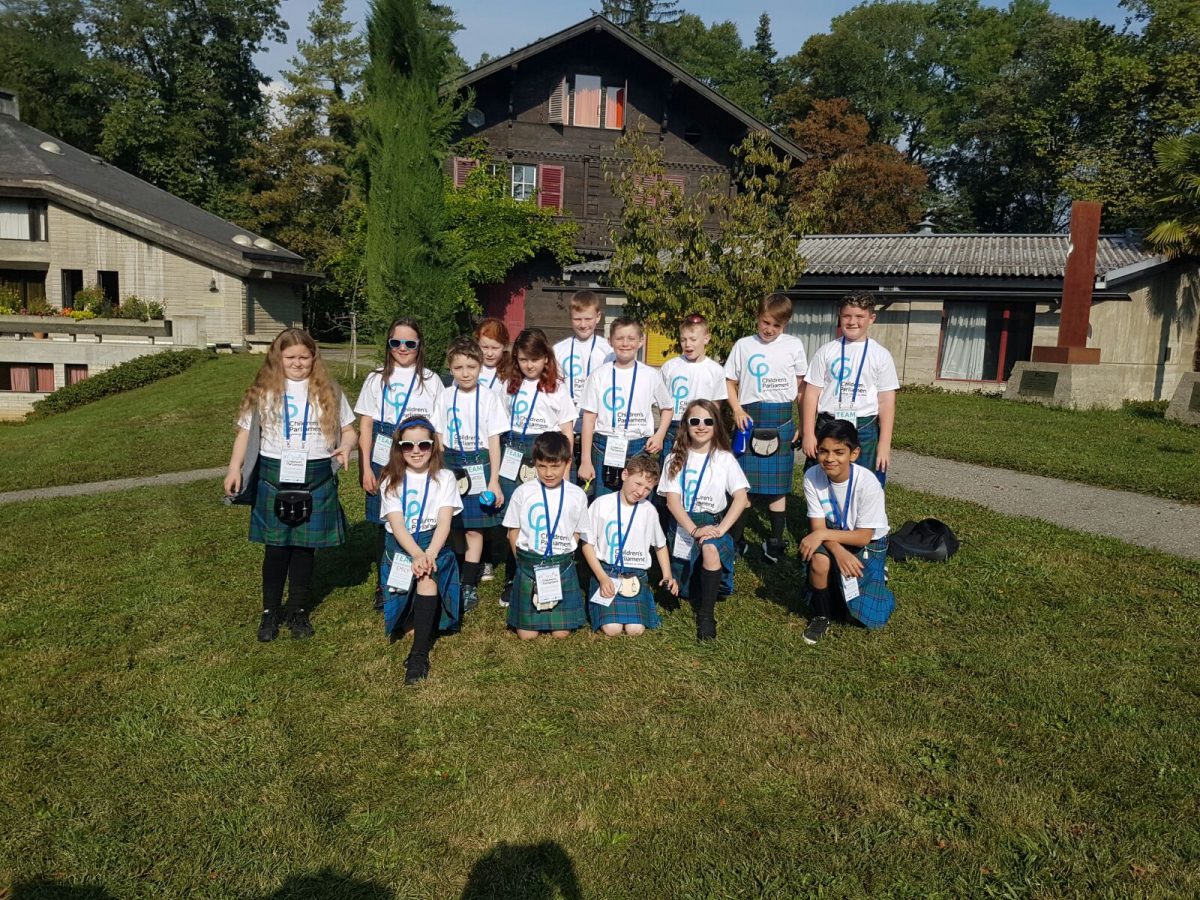 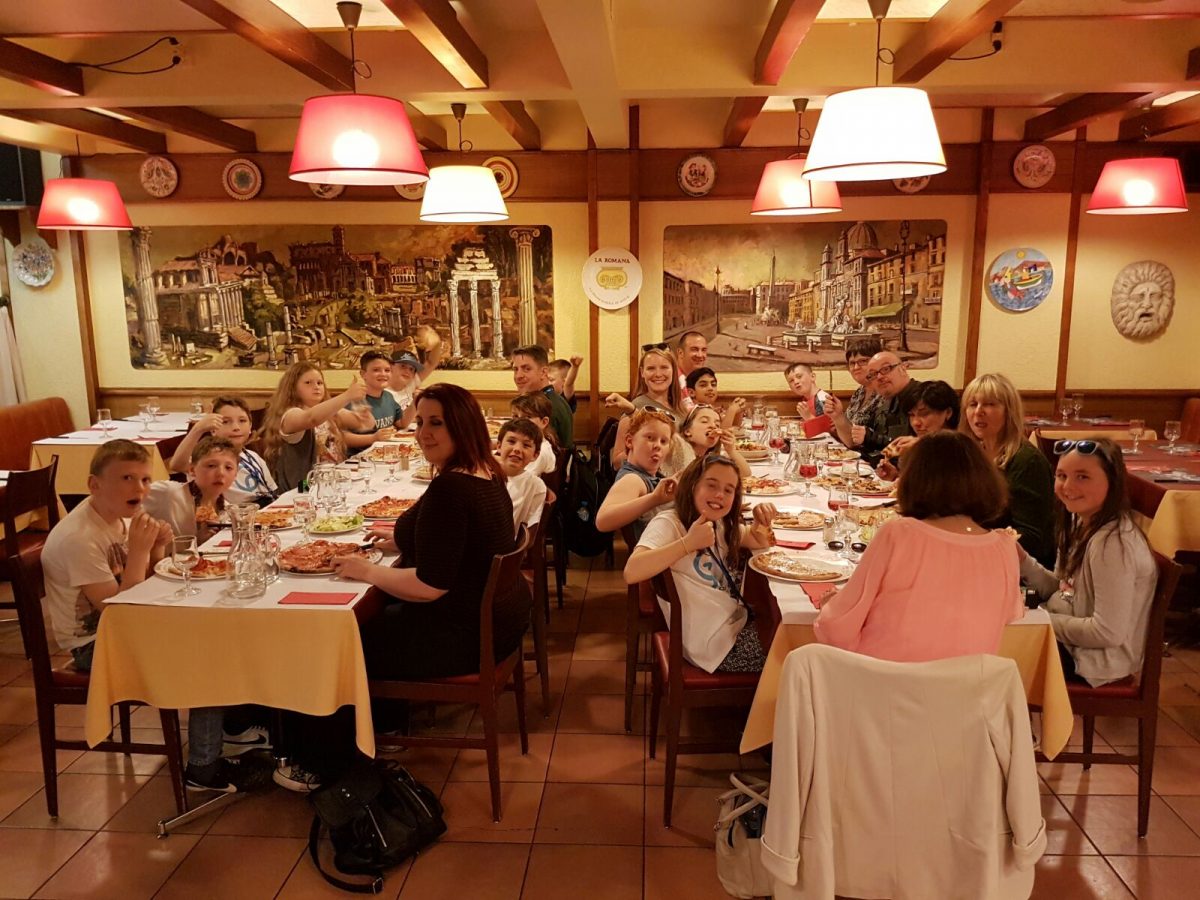 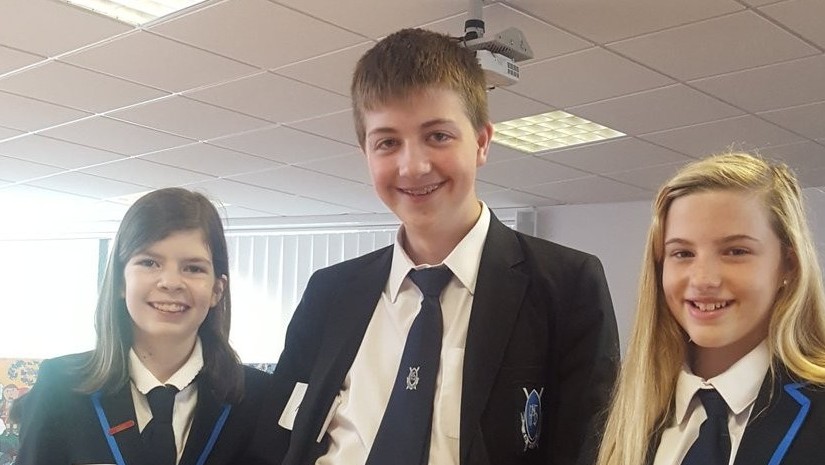 Thanks again to Alan, Mirren and Isla for joining the event on Friday! We’ll keep you up to date with the children’s UN trip – perhaps you’d like to catch-up after to hear about their experience…could the Members of Children’s Parliament (MCPs) be guests on your show? Have a great summer holiday 😎 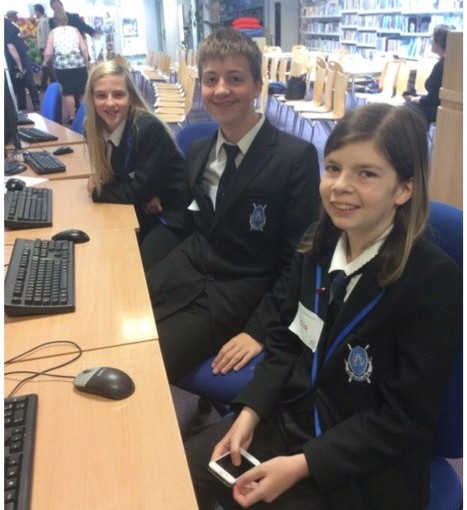 During the StreetsAhead Tranent Stakeholder event we were pleased to welcome three young reporters from the East Coast FM radio show The School Bell. You can hear their show this evening between 7-8pm by tuning in to 107.6FM or online at http://eastcoastfm.co.uk/listen-live/.

On Friday 24 June, the Ross High School Bell presenters visited the StreetsAhead Tranent Stakeholders Event in the Ross High School library. The event was held by the Children’s Parliament and the presentation was given entirely by children from the Ross High feeder primary schools of Windygoul, St Martin’s, Sanderson’s Wynd, Ormiston and Elphinstone. Some of the presenters were as young as Primary 5 and held the floor with such confidence and even told a few jokes whilst they dealt with technical problems with their microphones in a way that many adults could only dream.

The children began the presentation by explaining that the project was started by attending workshops that were going around their schools. The pupils were then selected and asked to join the Children’s Parliament. We were shown a video of the selection process and the enthusiasm was outstanding and loud. The children proudly presented to us their mural which shows Tranent in the past, present and what they hope it will look like in the future. The mural was created in the Loch Centre in Tranent, a community hub that doubles as the town’s swimming and sports centre, making it a very apt place for the discussions to take place as it was the seat of many of the children’s personal community experiences already.

In their presentation, it was explained that it took a week to make. A week the children had hoped for as an “escape” from the classroom and their learning and teaching. Whilst they had immense fun, that week was far from an escape from learning. There was a session on how to split the boards up into grids which involved maths which had such relevance that the children had not even noticed the maths lesson happen. Before creating the artwork on the individual grids, they had to imagine the future of Tranent. They had to ask themselves “What are my hopes for the future?” and “What are my dreams for the future?” This creative planning was enhancing their English and Literacy skills­ and gave us a great image of older people in Tranent using super fast mobility scooters as they zoom off for lunch at the monster­shaped hotel. All these ideas and so many more are there to view in the mural.

Many of the stakeholders were there including the local police, local councillors and the park rangers from the neighbourhood. Many were boasting of being added into the mural itself. PC Jacqueline Penman, one of the three community police officers for Tranent was rightly pleased she made the final draft, “Look, they drew me in the mural!” and she was even happy to pose of a photo with her cartoon self. Even this process had the primary children interested in learning and one shouted out with delight, “Look, when Mr White took that photo, the iPad ‘squared in on’ both the real face and the drawn face…the computer didn’t realise it was just a drawing.” Drawing skills get an A+ then.

Many other adults in the community jested about which of their friends and colleagues did, or didn’t get drawn in. Councillor Kenny McLeod, who spoke at length with the School Bell Team, gave a tour of the board indicating which stakeholders and community members had already bragged to him about being added in.

We had the pleasure of joining the pupils in their practise sessions before the stakeholders arrived and we had lots of time to listen to the rehearsals, to talk with them about their learning, and hear their confidence and reflective attitude as their coaches from the Children’s Parliament offered feedback at every stage. There was something so mature and exciting coming from their discussions as they told us of their sessions on Urban Planning which was also added into their week of, as they had originally thought, “no learning” which they explained with the utmost enthusiasm. How can so many pupils take the same requirements (a fixed high street, a set number of homes and shops) and all create completely different designs?

Some of the excitement was answered later in the rehearsals when we found out the whole group are getting a trip to Geneva to present their findings to the United Nations in September, where they will present on the topic of children’s rights.

If you wish to find out more about the StreetsAhead project you can find it on their blog: https://blogs.glowscotland.org.uk/glowblogs/streetsaheadtranent/ or you can follow the children’s parliament Twitter @creative_voices . 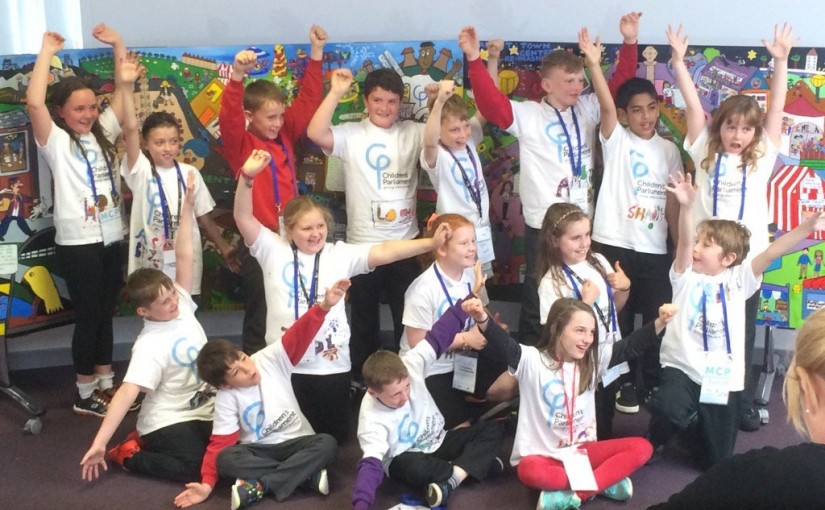 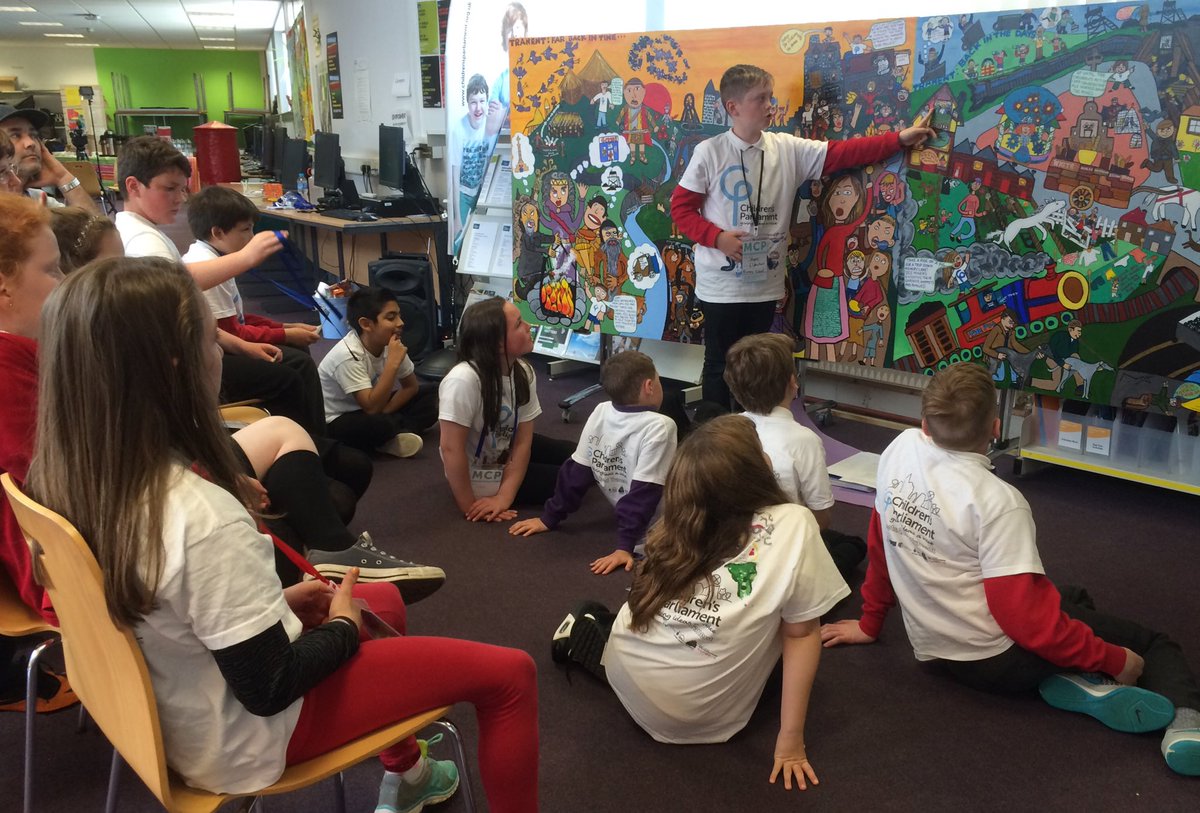 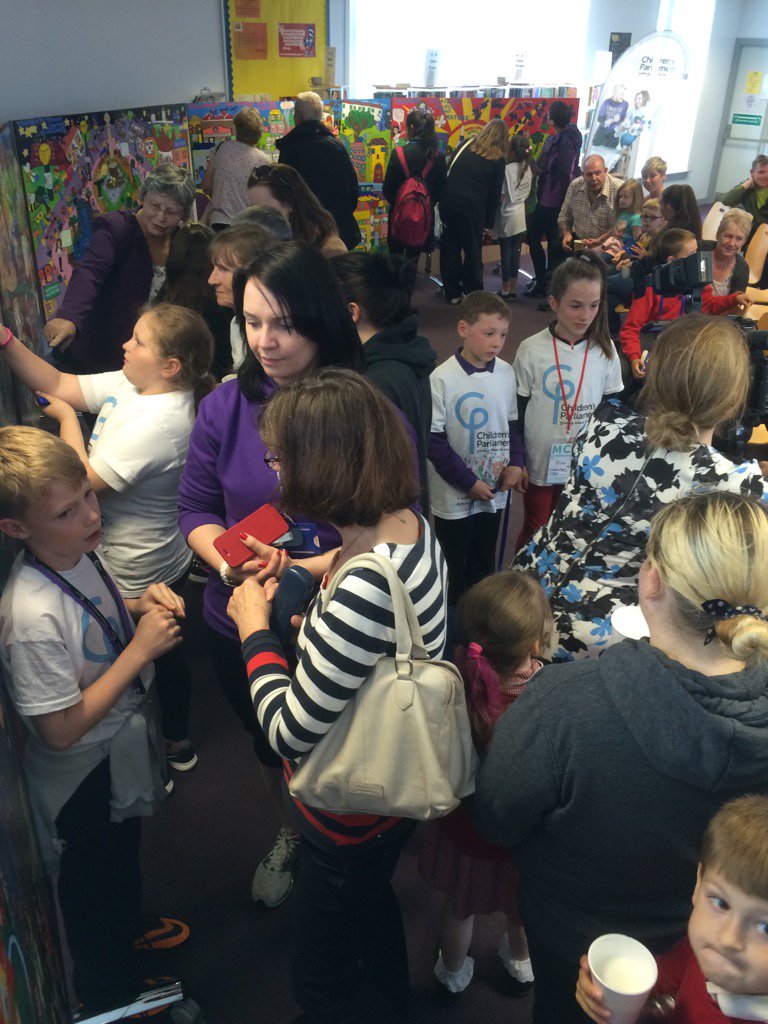 Susan Ripoll from STV joined the celebration event to interview some of the children and find out what they have been up to and learn more about the StreetsAhead Tranent project. 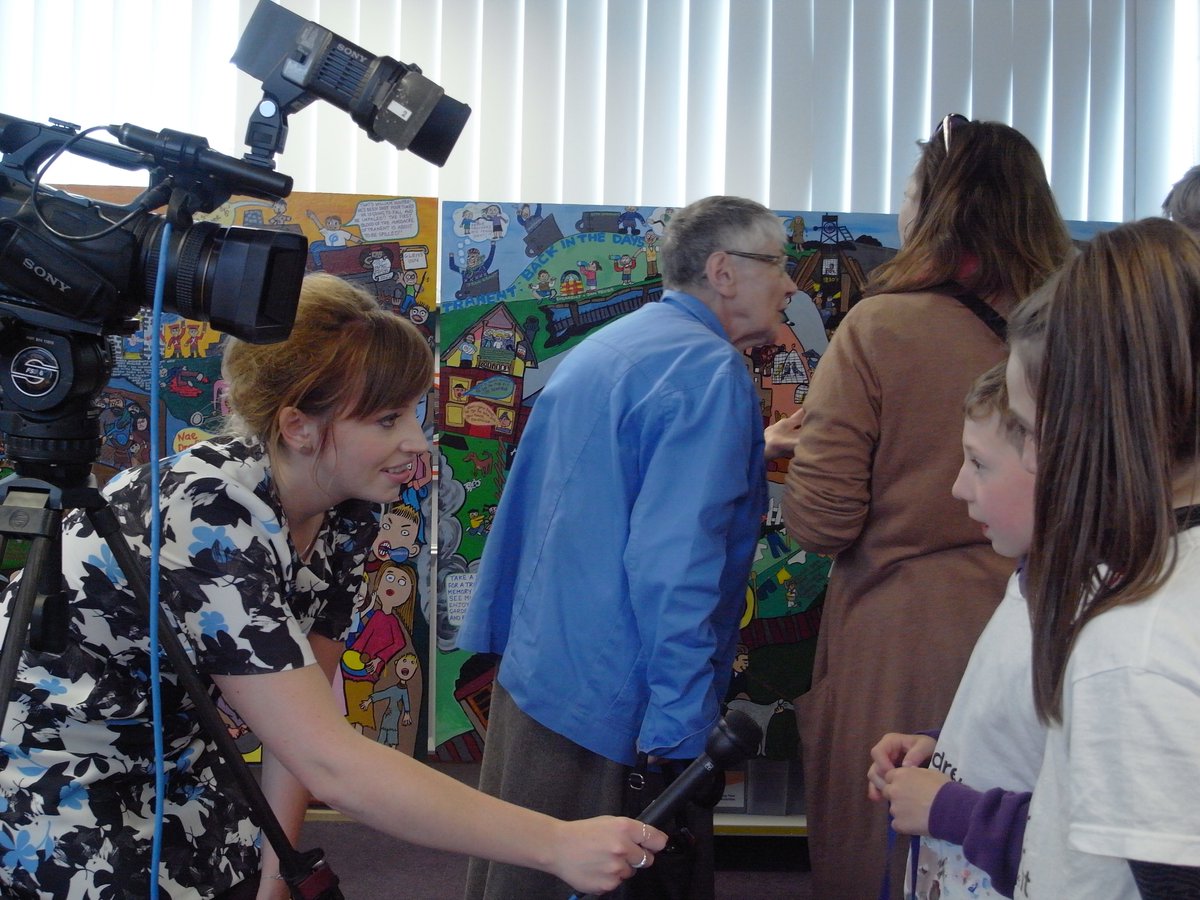 So proud of their achievement! @windygoulpc@StMartinsRCPS@SandersonsWynd@OrmistonPrimary & Elphinstone PS 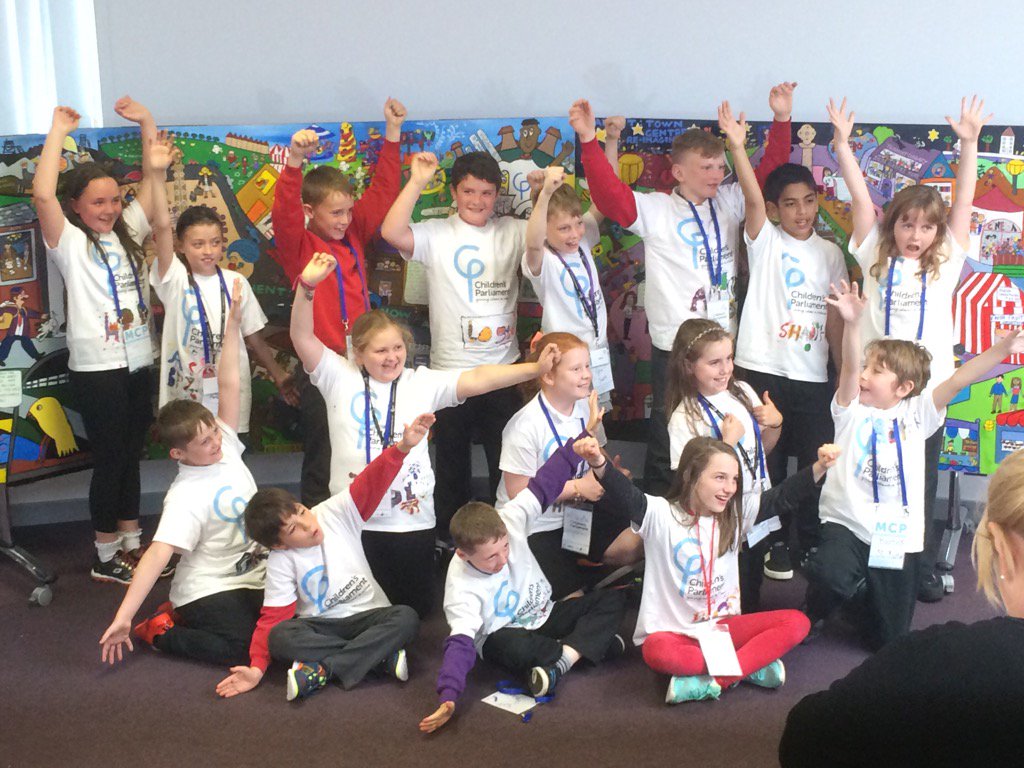 The children will be announcing a very big surprise at Friday’s (24th June 2016) Stakeholder event. Are you excited??? We are and so are the children! 😀

Hear from the participants of StreetsAhead Tranent as they describe their experience of the project and share their ideas for a happier, healthier and safer environment.

Check out this short film of the StreetsAhead Tranent team sharing their mural at the Tranent Gala Day.