LHS Film Club is an Into Film club. We are proud to be part of a big film family. This page is a place to show our successes and achievements as part of Into Film.

Film of the Month Feb/Mar – Runner Up

We were delighted to hear that David (former head boy of LHS and new film and media undergrad) was a runner up in the Feb/Mar run of the Into Film Film of the Month competition. Watch his film The Lie below (warning, the film contains instances of mild swearing).

The start of the year was very exciting for film club as we were visited by a professional film crew who came to make a video for the Into Film Awards 2019. Miss Abercrombie was nominated and made it to the final three of the Teacher of the Year category and travelled to London for the ceremony. While she didn’t win the award she was very excited to be in the same room as Andy Serkis (especially after teaching Black Panther all year). 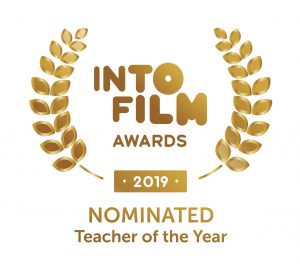 Louise is one of our founding film club members who helped to revamp film club into what you know and love today. Louise has been a member of the Into Film Scotland Youth Advisory Council for almost a year now and in that time has been involved in some amazing projects. She has been a judge at the Scottish Youth Film Festival and has had a say in what goes on at Into Film while rubbing shoulders with industry professionals. As well as this Louise is an aspiring film maker and a dab hand at animation and recently won the LHS World Book Day trailer competition for the second year in a row (see her trailer below). As well as this Louise has done freelance animation work for the charity JASS in her spare time.

We were amazed to have not one, not two, but FOUR winning entries in the Into Film Festival 2018 review writing competitons.

Vania and Meredith won the UK competition scooping up a Fire HD 8 tablet each as well as £400 of cinema vouchers between them. You can read their reviews on the Into Film website here.

James and Elle-Rose won the Scotland competition and had their work published in The Herald as well as winning an Into Film goodie bag. You can read their winning reviews on Paddington 2 and Supa Modo below.

Paddington 2 is a hilarious family friendly film directed by Paul King, who also directed the previous film in the series, Paddington.  It stars Ben Whishaw, Peter Capaldi and more. It follows the life of Paddington bear who lives with the Brown’s family in Windsor Gardens, London.  Everyone in the local community loves him as his marmalade making skills are amazing! The film is all about Paddington’s adventure trying to get a perfect birthday present for his Auntie.

A great addition to the cast is Knuckles McGinty, played by Brendan Gleeson.  He made me cry with laughter the moment he appeared in the film. One of the funniest moments was a scene with Paddington, Knuckles and marmalade.

Overall the film made me fall in love with the bear for the second time.  I left the cinema feeling overjoyed and had a massive smile on my face.

I would give this film a 10/10 and recommend it to everybody of all ages!

Supa Modo is a Kenyan directed film by Likarion Wainaina, which tells the story of a little girl, Jo, who is terminally ill. She dreams of becoming a superhero with magical powers. The film skillfully highlights the themes of family, friendship and community as everyone in the village converges to make her remaining time at home as special as possible. Jo has a very close bond with her sister Mwix.

Mwix goes out of her way to make every single day memorable for her younger sister and she comes up with the idea of making a movie with Jo being the protagonist hero with superpowers, who fights off evil. Everyone in the village gets involved to make Jo’s dreams a reality and they help to capture her last few days surrounded by her loved ones.

The production has won 17 awards at renowned events such as the Berlin International Film Festival and the Seattle International Film Festival and and has been nominated for 7 more awards. It will also be vying for an Oscar in the Best Foreign Language category – a strong entry from the Swahili speaking nation. It also gives people an insight to the Kenyan film industry, and if this offering is anything to go by, shows how successful it is going to be. Supa Modo is a touching, heart warming story which emphasises the importance of making memories while you can, with the people you love. 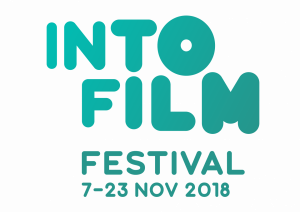