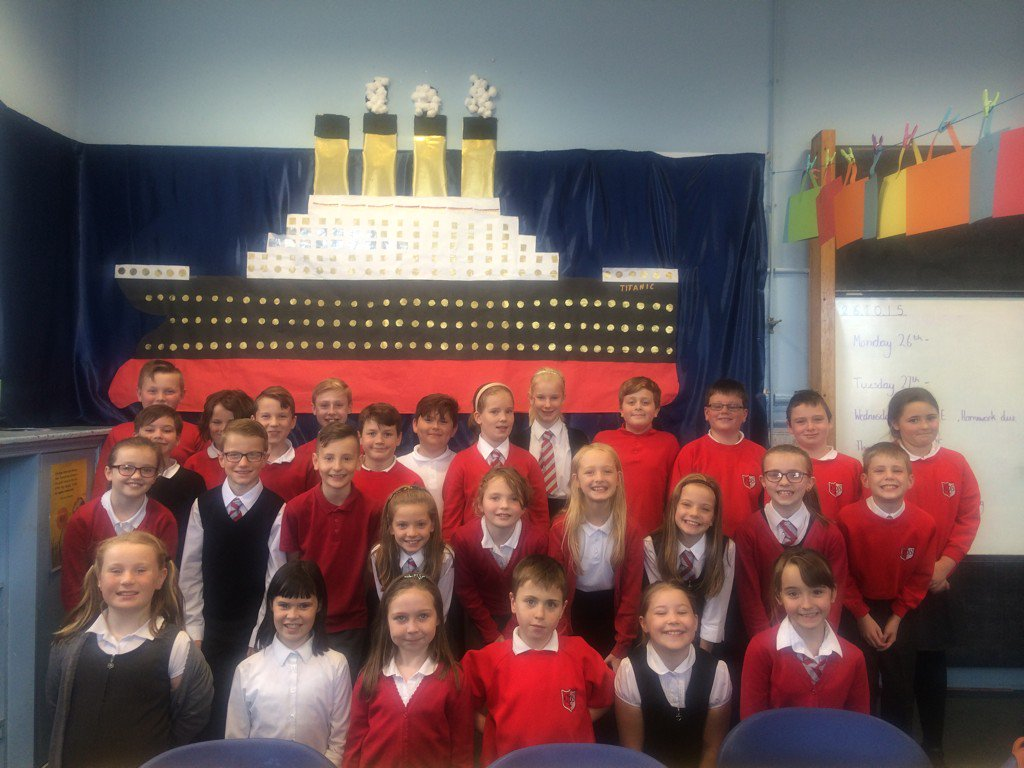 Kayleigh Docherty and her primary 6 pupils at Carron PS are embarking on an interdisciplinary storyline about RMS Titanic. Kayleigh is a probationer teacher with Falkirk Children’s Services, and is using the Cambridge Education, Joyning the Learning resource “The Unsinkable Ship” as a starting point for her storyline. She provided the description below:

I introduced the topic as a story line involving a secret mission. Letter one was delivered on a Friday afternoon and told the class that they had been chosen to participate in a secret mission. It also asked them to bring old clothes to school on Monday as the mission would involve a lot of paint and glue. As you can imagine, this grabbed the pupils’ interest and excited them beyond belief.

When they arrived on Monday another envelope was waiting, this time containing ‘secret agent’ badges. The next envelope was then delivered which revealed the first mission which was to bring the Titanic back to life in their classroom. The pupils then decided to create a huge replica of the Titanic and worked in groups for the full day to complete this. Over the past two weeks they have added a huge amount of detail and have now completed their task.

The pupils are also studying ‘Kaspar, the prince of cats’ by Michael Murpurgo as the novel links to the titanic theme. I find that they are much more enthusiastic during literacy due to the excitement and engagement from the Titanic being embedded throughout their learning.

This work is still in progress, but Kayleigh reports that “It certainly has engaged the children and having just finished parents’ evening, parents are very pleased with how engaged and enthusiastic the pupils are.” Primary 6 are developing a range of skills through this IDL context, as can be seen from the photos of their work in progress. 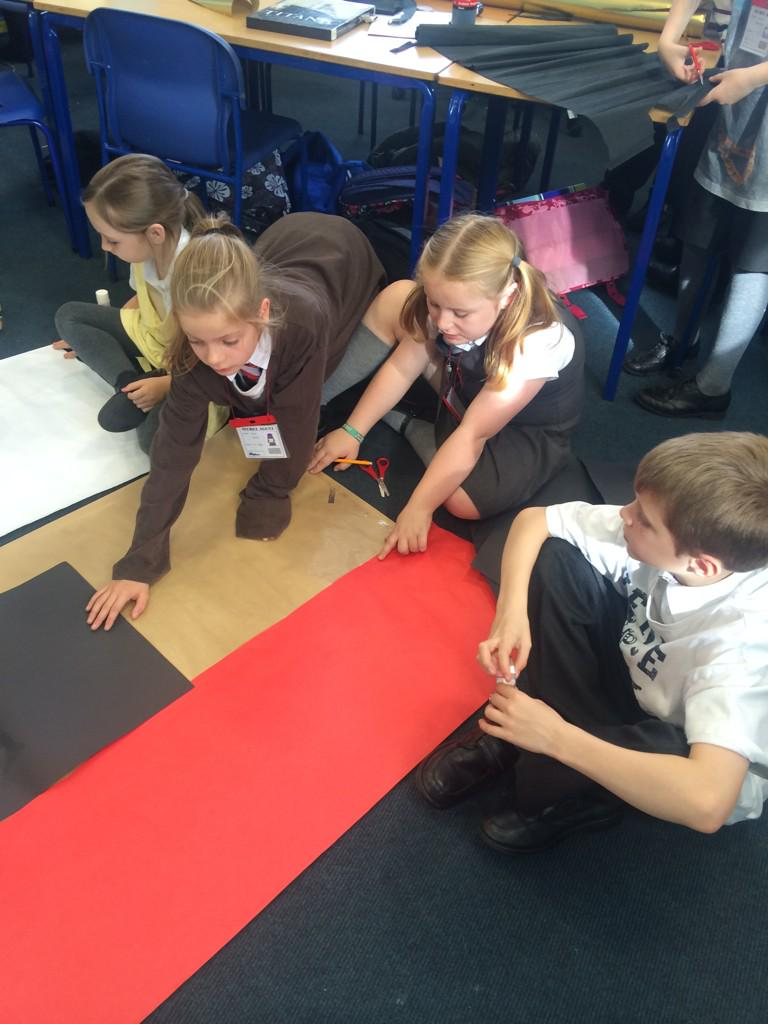 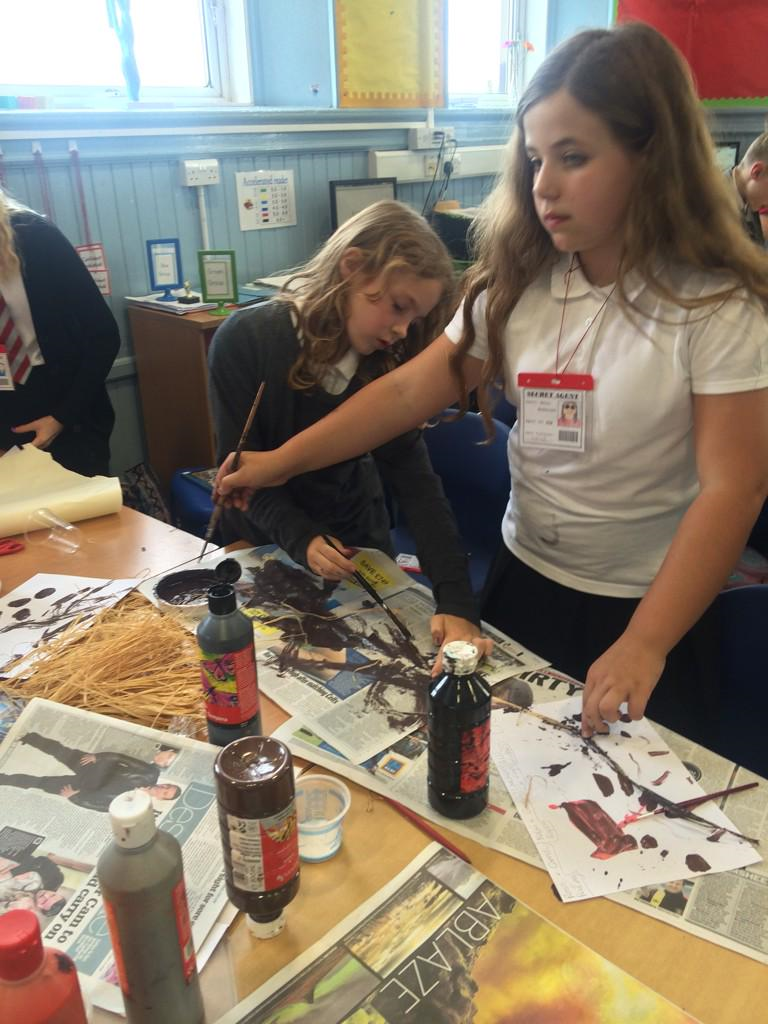