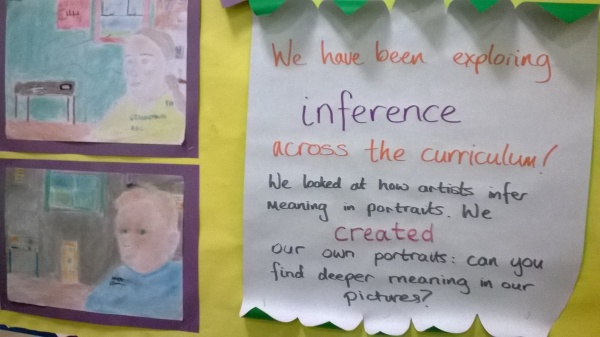 Ewan Shanks, P7 class teacher at Carron PS has been developing his pupils’ understanding of inference by linking literacy and art.

Ewan explored and built on existing pupil understanding  by asking them to analyse images of Scottish inventors (their class topic as context). 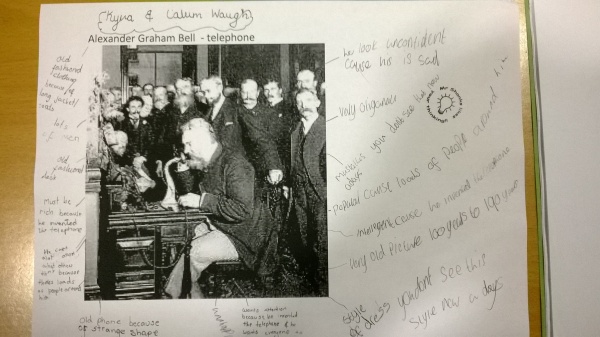 Ewan found that his pupils could say and write their thoughts. (see one group’s example on the right.) However, they found it difficult to say how they were able to make these statements. Ewan used  questioning to increase pupil awareness of how they were picking up on the clues around the people in their picture, its composition, the objects which were visible, etc. 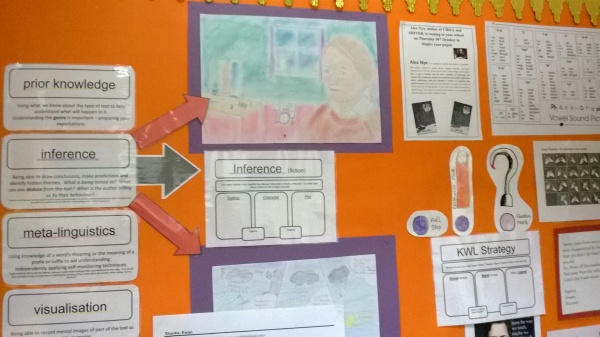 Pupils were then asked to create a self-portrait using a simple interior composition (see left). At first, the children were too obvious with the clues they added to their pictures. Through careful questioning and discussion though, they were soon able to be infer information about their likes/dislikes, character traits, etc in a more subtle way. 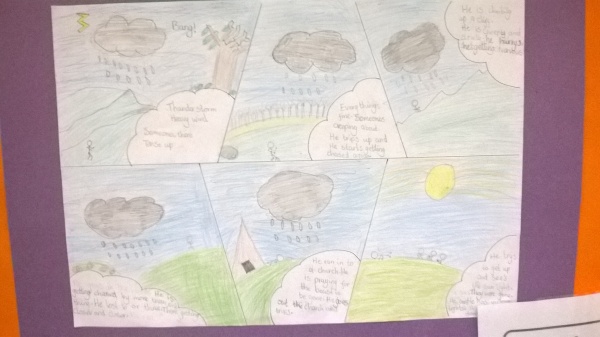 To broaden and challenge pupil understanding even more, Ewan then played his primary 7 pupils various pieces of music to explore the ideas and images this suggested to them. He used various listening exercises and a staged process (see storyboard on the left) to build up to a creative writing text which demonstrated that pupils could use inference themselves. Click here to read one of the children’s stories. (You will also see the success criteria rubric Ewan and his class use as part of their assessment of and for learning)

As you might imagine, the children were very engaged by this whole process, and were able to demonstrate their understanding in a range of ways, as can be seen above. This is a great example of deep and creative learning in literacy of course, but it is also a very clever use of type 1 interdisciplinary learning. By showing pupils the natural overlaps and common features in written, drawn/photographed and musical texts, Ewan helped develop deep understanding of inference, AND higher order skills transferable across literacy and the expressive arts.