Inter-house heats were held beforehand within Auchinleck  Academy in a tournament ran by the school Young Ambassadors, Jordan Curtis, Jacalyn Dunlop, Natasha Dunlop and Mathew Crawshaw. The young ambassadors did an excellent job in the planning and delivery of this event in which the winning team were Lochlea.

The team, made up of Scott Fowler, Adam Watt, Daniel Mitchell, Jordan Mouzer, Chelsey McCreadie, Niamh Shirkie, Nina Birkett and Amy Murdoch, then competed in the finals at Doon Academy against 9 other S1 teams from throughout East Ayrshire with around 72 pupils involved. Auchinleck did very well and showed great enthusiasm and sportsmanship throughout, finishing 4th equal, which is a great achievement.

Well done to all those involved. 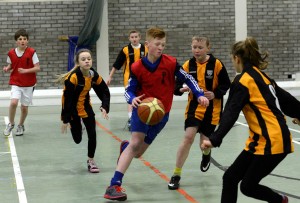 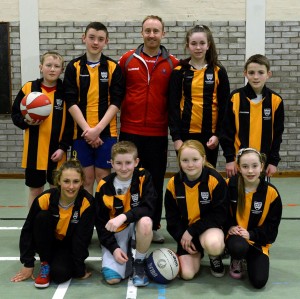 6 young ambassadors and CSLA pupils recently attended the Active Club training course held at Mauchline primary along with teachers and volunteers from various primary schools. This course will allow them to effectively utilise the Active Club pack, using it for session delivery to primary stage children, learning physical games, quiet sessions as well as recommended guidelines for children’s physical health and well-being.  Building self-confidence was also achieved to deliver the practical section of the training.

Please see a list of the interval,lunchtime and after school sports clubs available.

There are a number of clubs and activities organised in school during interval and lunch as well as after school activities.

Please check the attached leaflet to see if there are any you would like to attend.

17 people made up of Young Ambassadors, CSLA pupils and volunteers from Auchinleck Academy, Cumnock Academy and Doon Academy attended the leadership academy and gained introductory level governing body qualifications in volleyball, badminton, basketball and football. These pupils and volunteers will put the skills they have learned to good use and assist with after school clubs and lunchtime activities at some points throughout the year.