This term P6 have been working very hard writing imaginative stories for the P1s. Each pupil was paired with a P1 who they interviewed to find out their interests in order to write them a truly personalised story. P6 investigated the techniques used by children’s authors and used them in their own stories. On Friday afternoon P1 and P6 got together to share the stories and hand over the finished books. They looked fantastic and everyone was so proud of the work put in! Well done P6!

P6 had a fantastic morning out at the Aberdeen Science centre to celebrate their hard work over the last term. Pupils had fun exploring the exhibits and then listened and participated well to the ‘Sounds like fun’ and ‘Science on the Spot’ workshops. What a great end to our Human body topic!

As part of our topic we have been learning all about the human skeleton. We learnt about how the bones grow and the importance of the skeleton for protecting the internal organs. We had a great time working in groups to recreate a skeleton using art straws and pancakes (don’t worry the pancakes were paper too)!

Here in P6 we practice mindfulness everyday after lunch. We have been exploring different ways of doing this, from breathing exercises to imagining a quiet room in our heads. This afternoon we used relaxing music with mindful colouring, it was incredibly relaxing!

We thoroughly enjoyed our trip to Techfest at the beginning of the term.

Our first workshop  was the ice cream workshop. We used: liquid nitrogen, sugar, milk and either chocolate, strawberry or caramel syrup to add flavour. Some of us used all three! There was also the choice of tuna but not many people liked that! After like 5 minutes of pouring in liquid nitrogen it started to freeze. Also when we had finished we shared out the ice cream and poured on more sauce. Then we sat back and relaxed as we ate it with a mini plastic spoon. Most of us thought it was delicious!

The second workshop was with Sue the Scientist. She told us about litter. Always pick up your dog poop because it is TOXIC WASTE. If you don’t then as it dissolves into the ground it will start to spread and then the water will get dirty. Always pick up your litter so animals don’t die! She showed us how a bunny, or any other animal, can get stuck in a bottle and how litter can get washed out to sea. We did an experiment with a balloon that showed how hot air rises. And we made slime to represent bubble gum and show how it gets stuck in the pavement.

Our last workshop was about the stars. We saw all the stars in the solar system and we learned about directions: north, east, south and west. We talked about the constellations and learned why they had their names.

“My favourite was Pegsus,” said Konni. It was much easier to see the shapes when the pictures went up with them. The constellations were named after the ancient Greek Gods.

By Chloe, Luke and Konni 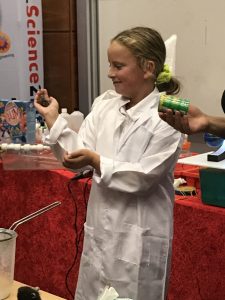 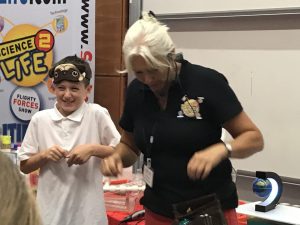 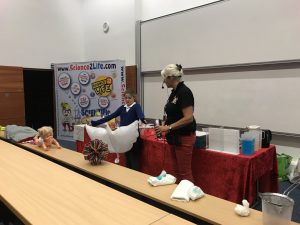 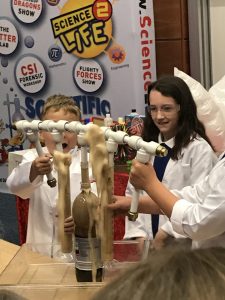 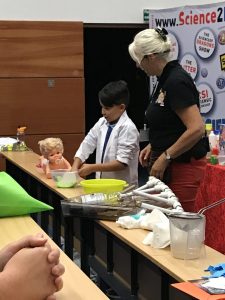 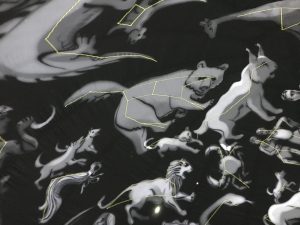 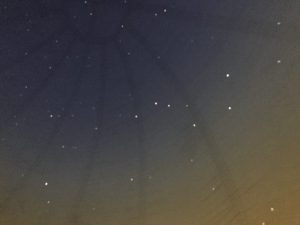