In an increasingly secular Scotland it is important that pupils have a solid grounding in the religious beliefs that have shaped our country and continue to influence society both in the public and private realms.

Pupils learn about key Christian beliefs and are encouraged to develop a sound understanding of other religious beliefs. Pupils investigate and develop their own beliefs and values, including those of a non-religious Humanist nature.

A wide variety of topics are covered, ranging from specific religious celebrations to moral issues such as war, poverty and nuclear weapons. Where applicable, pupils take part in practical ‘doing’ activities such as fundraising and awareness raising for charity or supporting discrete campaigns with Amnesty International. 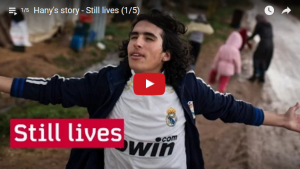