On Monday the 11th of January Primary Six got a visit from David Martin, an MEP. David answered a few questions asked by the pupils vice versa. The pupils were asked questions about the EU challenging their memory and listening skills.

The children asked questions like why the terrorists chose to attack Paris which was swiftly answered back by David saying they wanted to stop ordinary people going about their normal lives in their normal homes. The terrorists knew that they could attack the parliament but they didn’t. Children also asked, did you think bombing Syria was the correct decision. He avoided saying his opinion in case it hurt people, though in the end he did say it wasn’t a good idea.

David then asked the pupils how many Scottish MEPs there are and we said 8, 22 and 34 but there are only 6!

David asked the pupils how many MEPs are in the EU altogether and we said 72 and 84 but there are actually 751!

David asked the children which foreign cities he worked in. Every hand shot up because everyone in the class knew that one of them was Brussels, in Belgium. The other one took many guesses until finally one of us said Strasbourg, in the borders of France and Germany. After this visit we will look forward to our trip to Scottish Parliament even more.

The pupils of primary six enjoyed his visit and we hope you enjoyed our blog entry.

By Lucy, Ross and Cara P6 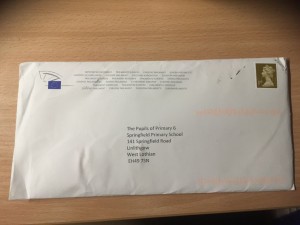 Last term P6 wrote questions to a M.E.P called Catherine Stihler, we had to put our address and the date, and a lot of detail to our questions  there were many question but Catherine didn’t have time to answer them all so she answered the 16 most said questions.

Here are 3 questions and there answers

We were very excited to hear back from her and now she has got back to us.

By Aidan and James, P6

In the new term, P6/7 and P7 will be taking part in an e-twinning project and their study will be ‘Democracy’. P6 are delighted to announce that they are going to be learning all about Europe and then going on to a literacy based study. 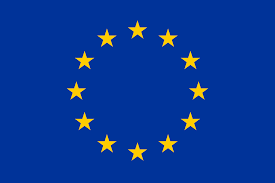 On Friday 4th December, our school was transformed into a Winter Wonderland! There were various stalls offering gifts and goodies from pupils, parents and partners. The morning was a huge success and great fun was had by all. We managed to raise a whopping £1750 for school funds. A huge thank you to our amazing P.T.A. and everyone who contributed and offered support for this event. At Springfield Primary School and Bonnytoun Nursery, we really value your feedback.

We would be extremely grateful if you could complete the following questionnaire for us by clicking on this link: https://www.esurveycreator.co.uk/s/PIStrategySurvey

On Friday 13th November, Springfield Primary School pupils and teachers dressed up in onesies to raise money for type one diabetes. Primary 7 delivered an informative, exciting and creative assembly explaining all about type one diabetes. It was a super assembly and great fun was had by all.

In November, we consulted with parents, teachers and pupils to gather feedback on homework.

The results of these surveys can be accessed here:

If you would like to offer an idea for us to consult on, please contact us! We really value your input and want to ensure that we are all working together at Springfield and Bonnytoun to be as good as we can all be.