The great news is that a new player has just been released which allows users to download and play Twig / Tigtag films offline. 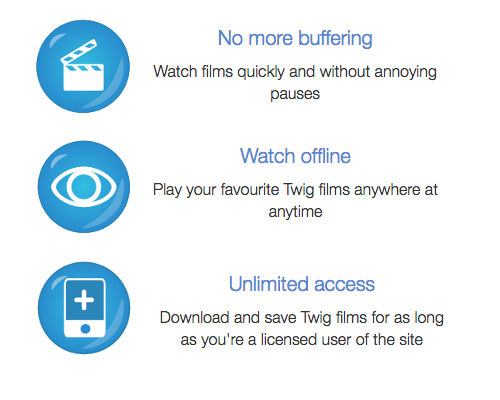 To download films you must first install and run the Windows (only) Twig Player software application.

The same information will appear on the Tigtag and Tigtag Junior sites for users who log in with Glow credentials.

This site is maintained by Phil Slavin to support education staff and learners in Stirling & Clackmannanshire.