Over the last year, the number of  monthly Glow sessions has increased by more than 4000%

In 16 months since September 2014, when the 20#20 Strategy Group identified the central critical role of Glow, the number of active Glow users has increased from less than 100 to almost 4000 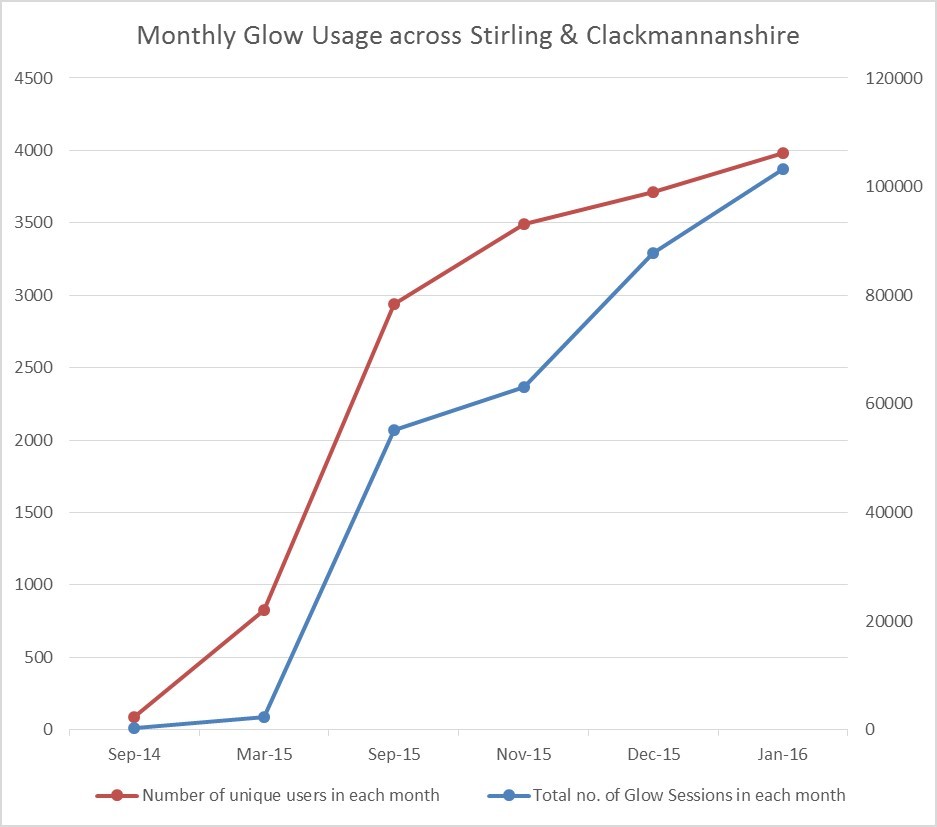 This site is maintained by Phil Slavin to support education staff and learners in Stirling & Clackmannanshire.