On Thursday 21st of March Primary 3 held our Family Learning event.  We invited parents/carers into our classrooms to see our learning as part of our ‘Powering Our Planet’ context. Pupils had the chance to share their non-fiction books they had written over the course of the term, explore the snap n’fix electricity games and create simple circuits.

On Friday 29th March we shared our books again with Primary 6. In turn, they shared their space buggies which they have been designing. Primary 6 took making circuits to the next level by adding motors to turn their buggies wheels! We even witnessed a buggy race in the hall!

On Wednesday 16th January we went on a really looooong journey…all the way to Antarctica! Our tour guides for the trip were Mr and Mrs McCreath who were entertaining, informative and lots of fun. Our journey started with a song played beautifully on the piano by Mrs McCreath – we joined in singing about p-p-p- penguins. We were then introduced to their cuddly penguin who sleeps in Mr and Mrs McCreath’s bed…we thought he might’ve been better sleeping in the fridge or freezer but Mrs McCreath said he quite likes sleeping in the bed. He must be acclimatising! Next up, our expert tour guide Mr McCreath who has recently returned from a 10 day tour of Antarctica shared his experiences and knowledge with us. He went on a boat (more modern than Captain Scott’s) then chose to kayak as part of his tour – we watched videos of him kayaking through the ice and heard it crunching as he paddled. We all loved seeing the photographs of the animals and there were lots of ‘awwwwww’ moments. The penguins were very funny – playing football, tig, sunbathing and even….kissing! We got to pretend to be penguins huddled together in a colony to keep us warm; the penguins at the front then had to waddle to the back when they got too cold. Mr McCreath used 3 of us with our arms outstretched to show us the wingspan of an albatross – it was 3 metres!! We learned that an albatross can stay in the air for about a year without touching the ground – it even sleeps in the air. Our journey came to an end as we got back on the boat and waved goodbye to the penguins.

A few of our favourite parts:

Harris M – I thought it was really funny when you told us about the penguins going along their tracks and they kept changing direction and forgetting where they were going.

Helena – I learned that penguins like to steal stones from each other’s nests and I thought it was really funny.

Eva R – I learned that it took Mr McCreath 4 and a half days to get to Antarctica. It sounds like a really long journey – I really want to go there one day.

Johnny – I really liked the p-p-p-penguin song because it had some facts in it too.

Luke – It was funny seeing the baby wind up penguin hatching out of the egg.

Finally, we would just like to say a massive thank you to Mr and Mrs McCreath – what a wonderful afternoon for the children and teachers!

Today, Primary 3 went on a trip to Dunblane Library. We met Angela who welcomed us and got us started with a story called ‘Poles Apart’.  Everybody knows that penguins belong at the South Pole and polar bears live at the North Pole – but  in this story a family of penguins got lost, and found themselves at the wrong pole! They needed the polar bear to help guide them home.

We had to use our knowledge of the Arctic and the Antarctic to decide which animals lived in the North or South Pole. We already knew where some of the animals lived but we learned some new ones too.

Angela had looked out a selection of fiction and non-fiction books linked to our context ‘Poles Apart’. We had some time to explore the different books and choose which ones we wanted to bring back to school.

We finished our library session with a story about an explorer. We had a super time and learned lots from Angela about the library. 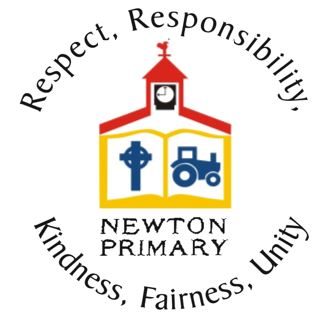