Up and down the country, Britons everywhere have been getting involved in various different activities just to show the NHS and key workers just how much they mean to the nation. 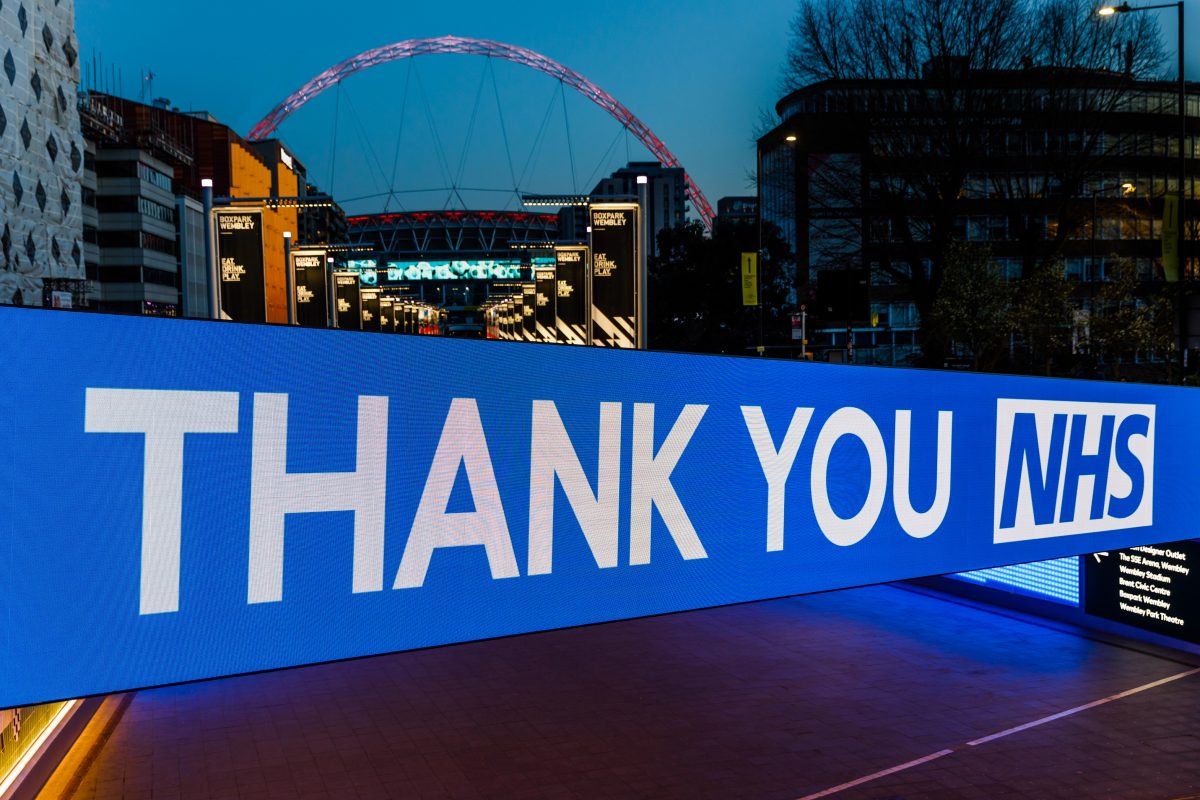 We are now starting the 6th week of lockdown and the NHS are still hard at work to save lives and protect the people of the UK. In return the people of the UK are doing their utmost to thank our key workers. Of course it is not only nurses and doctors that are doing their best to keep the country going. It is also shop workers, education and childcare workers, police, transport workers, the list is endless of people that deserve our thanks over the course of the coronavirus outbreak.

The Clap for Carers 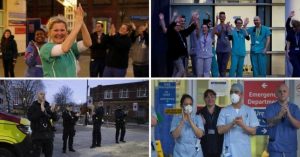 Every Thursday at 8pm millions of people across the nation are taking part in the ‘clap for carers’ by standing at their front doors and clapping for the nurses, doctors and healthcare workers in our National Health Service. The event was inspired by European countries who did the clap on one occasion, since then the clap has become a weekly run event in the UK.

The clap for carers has already provided an amazing way to unite during these times of social distancing and it is a great way to boost the morale of everyone in our frontline.

People across the nation have taken to some rather unique ways of making the most noise during the clap for carers such as banging together pots and pans or hitting the lids of dustbins. And we have spotted some famous faces who have been involved and have posted their ‘clap for carers’ on social media such as the royal family, Boris Johnson and fellow cabinet ministers, David Beckham and his family and Daniel Craig. 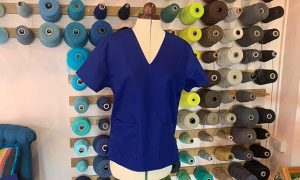 The coronavirus outbreak has caused many businesses to close their doors. These businesses include wedding dress shops and boutiques. however small businesses are making use of their material that they otherwise would have used to make clothes to make scrubs for the NHS. Volunteers from across the UK are supplying their local hospital or care homes with vital personal protective equipment such as visors which supply thousands of hospitals, care homes and shops across the UK. 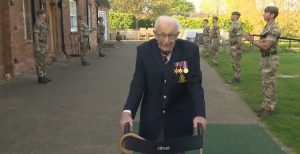 Tom Moore has to be one of the most inspirational people throughout the coronavirus outbreak. Captain Tom served in the British army during the second world war. Capt Tom set out to raise £1,000 for NHS charities by doing 100 laps of is garden after they helped him with cancer treatment and a broken hip. The 99-year-old has since raised £23 million for NHS charities.

Speaking to BBC radio 2 he said ‘”I say thank you very much indeed. I appreciate it because the object for which we’re donating is so important and so necessary… I think you’re all so kind and thoughtful contributing to this cause,”

He has been hailed as an inspiration across the world. Prince William said on BBC Breakfast that “He’s a one-man fundraising machine and God knows what the final total will be. But good on him, and I hope it keeps going.” 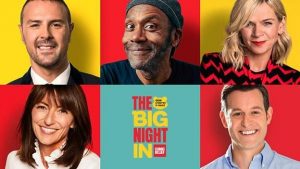 Children in Need and Comic relief got together on Thursday the 23rd of April for 3 hours of Great British television. Stars from The Vicar of Dibley, Miranda and Doctor Who sent messages of love and support for our for frontline staff and millions of people across the UK.

The night also included the premier of the official charity video, a Foo Fighters track’ ‘Times Like These’. Celebrities such as Dua Lipa, Chris Martin, Jess Glynne, Paloma Faith, Mabel and Rag’n’bone man recorded the track while in isolation. The lead singer of the Foo Fighters, Dave Grohl, also features on the track.

The night raised over £27 million for Children in Need and Comic Relief which offers vital support for people who have suffered throughout the coronavirus outbreak. NHS charities are also going to befit from the total raised during the Big Night In by offering physiological support for NHS workers as well as mental health support and bereavement counselling for frontline staff and their families who have sadly lost a loved one during the outbreak.

I wish I could mention everything that people across the UK are doing to support the NHS but the article would be never ending. It is amazing to see the support and solidarity people have especially during these uncertain times. Up and down the country everyone is doing their bit to support the NHS and vulnerable people during the pandemic. It all starts with the small, but vital, efforts to help stop the spread of the coronavirus like washing your hands and staying at home in order to help protect the NHS.

Sources The BBC, The Guardian, The Telegraph