16-year-old climate activist Greta Thunberg tells Congress that the climate emergency is not a “political opinion” and urges them to take “real action” against the global crisis. 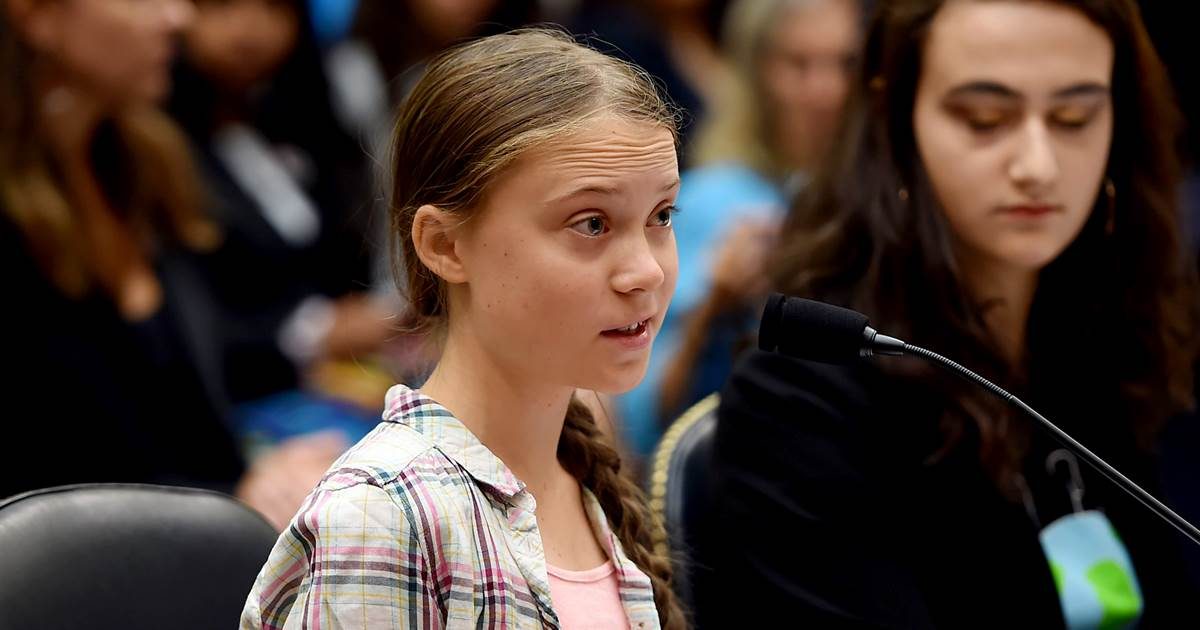 During a congressional hearing in Washington DC, climate change campaigner Greta Thunberg told members of Congress to listen to scientists’ warnings of the rapidly-heating planet. The student activist stated she had prepared no remarks but instead would be submitting the IPCC (Intergovernmental Panel on Climate Change) report, published last year warning us of the fast-approaching environmental catastrophe, as her testimony.

“I know you are trying, but just not hard enough. Sorry.”

The Swedish teenager stepped into the public eye in August 2018 when she skipped school to protest outside Parliament, demanding more actions against climate change. Her campaign gained more protesters – as well as media attention – and in September she established a regular strike where she invited fellow students to join her ‘Fridays for Future’ campaign by partaking in walkouts from their schools.

By November, over 17,000 students within 24 countries took part in the weekly school strikes; as a result of her impact, Thunberg began to speak at events across Europe such as the United Nations climate talk in Poland.

February of this year saw protests inspired by the 16-year-old’s campaign take place in over 30 countries; by March, these numbers increase to over 2 million protesters across 135 countries, and she was nominated for a Nobel Peace Prize.

Thunberg was named one of the world’s most influential people by Time Magazine and appeared on its cover in May. She wrote online:

“Now I am speaking to the whole world.”

However, in July, Conservatives and far-right lawmakers describe her as a “guru of the apocalypse” and a “Nobel Prize of fear” as they boycotted her appearance in French Parliament. Similarly, she was described as a “deeply disturbed messiah” leading a “cult”, by Andrew Bolt (a conservative commentator) just weeks later.

Thunberg hit back at this hateful backlash on Twitter:

“I am indeed “deeply disturbed” about the fact that these hate and conspiracy campaigns are allowed to go on and on and on just because we children communicate and act on the science. Where are the adults?”

Last month, 450 young climate activists gathered in Switzerland to discuss Fridays for Future’s development and work at international cooperation. Just over a week later, as the total number of climate strikers reached 3.6 million people across 169 countries, Thunberg set off on a 14-day trip sailing from Britain to the United States to partake in a United Nations climate summit.

At a press conference there, she reiterated to the crowds:

“We need to stand together and take action because otherwise it might be too late.”

“It is insane that a 16-year-old would have to cross the Atlantic to take a stand … [against] the climate and ecological crisis is a global crisis and the biggest humanity has ever faced.” 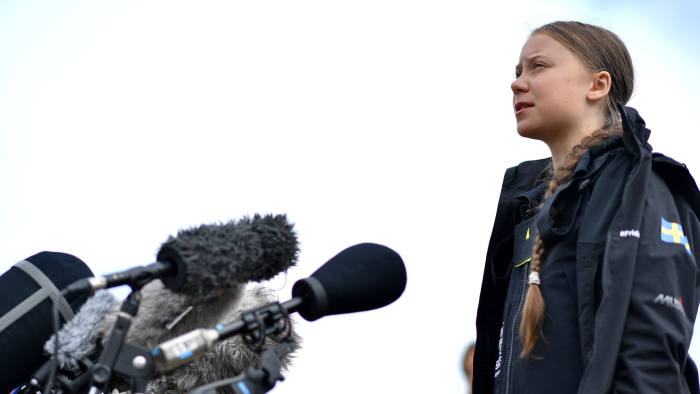 The 16-year-old was largely respected as she addressed the situation again yesterday in Congress, despite the US lawmakers remaining divided in regards to the urgency and severity of the issue.

Republican members acknowledged the harsh reality we are faced with and praised Thunberg for her action against the crisis; Louisiana Republican Garret Graves agreed “we need to take aggressive action,” and chairman Bill Keating (Massachusetts Democrat) felt sorry that young activists had to travel to Washington DC to plead for greater action. He said:

“Our generation has failed to adequately address our climate crisis,”

“This failure isn’t fatal, yet our failure to change will be. We wouldn’t be in this situation right now – our witnesses would be safely and happily in school pursuing their dreams and not protesting and pushing their governments to act – if everyone was already doing their part.”

The hearing comes prior to a UN climate summit taking place in New York next week, where governments will be pressed to increase their efforts to cut emissions, which are a major source of our ever-heating planet.

We should all strive be more like Greta Thunberg, who has already accomplished more in this past year at just 16 years old than many people will in their whole lives. Our time to reverse the effects of the climate emergency is limited so, in the words of Thunberg herself; “Let’s do it now.”