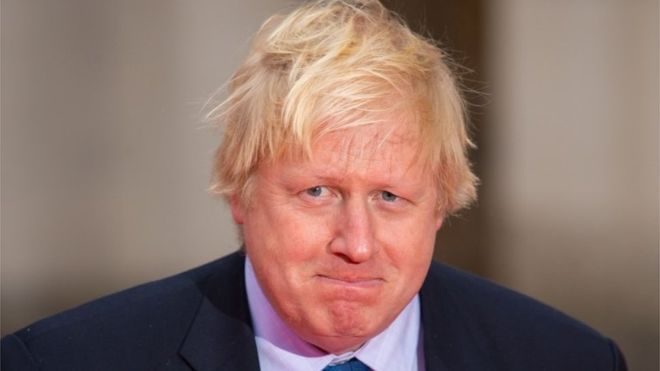 Boris Johnson recently became the Prime Minister after Theresa May stepped down from her post from 3 years in office. Previously to being PM, Johnson was the Mayor of London for 8 years the longest he has remained public office’

Johnson took over from Ken Livingstone back in 2016 as the Mayor of London. As Mayor of London Johnson never shied away from trying to make a difference in London. During his 8 years as Mayor he was claimed to have been very successful. He claimed to have ‘cut the murder rate by 50%’ in relation to knife crime in London as he approved stop-and-search to help tackle crime rates in London. He also claimed to have built 100,000 affordable homes in London which is largely true however the City Hall released a statement in the Guardian saying the ‘total houses built stood at 94,001’. Johnson also successfully helped to host the 2012 Olympic games. one of the more memorable moments was getting stuck on a zip wire during the first day of the games.

During his time as Mayor of London, Johnson defied David Cameron and announced that he would vote to leave the EU stating that ‘I would like to see a new relationship based on trade, on cooperation, with much less of this supranational element’. Mr Johnson also said that the EU was ‘a political project that has been going on for decades, and is now in real danger of getting out of proper democratic control’. Johnson during 2016 could also be spotted touring around Britain in a red tour bus stating that ‘we send the EU £50 million a day lets fund our NHS instead’. however after the Brexit referendum the pro-Brexit campaigner Ian Duncan Smith admitted that the ‘promises were a series of possibilities’.

Brexit campaign sticking to their promises?

Johnson and his pro-Brexit colleagues built their campaign on three promises which had a massive impact on winning the hearts of Britain in favour of Brexit. However, just days after the referendum pro-Brexit campaigners had admitted that the promises were based upon ‘possibilities’. The 3 facts included: ‘A vote to leave will be a vote to cut immigration’. Johnson has previously said that he was pro-immigration however when news was released that a near record net migration was a staggering  3330,000 more people trying to enter the UK than leave it, Johnson announced that the situation was ‘completely out of control’ and had accused politicians of saying that ‘there is nothing we can do because Brussels has taken away lour control of immigration’. Since the referendum, immigration has dropped to 223,000 more people coming to the UK than people leaving the UK which suggests that ending free movement after brexit will not have a massive impact on migration numbers.

In June of this year, Boris Johnson was accused of three claims of misconduct in public office. Johnson attended a hearing however the supreme court rejected court action stating that ‘no authority was shown to us suggesting that the offence can be or has been equated to bringing an office into disrepute or misusing a platform outside the scope of the office’.The debate of whether or not Johnson should go to court came just one month before Mr Johnson became Prime minister however this was throughout the elimination period of who would be the next Prime Minister after Theresa May announced that she would step down from her post in May.

Johnson became Prime Minister on the 24th of July 2019 and has vowed that Britain will leave the EU with or with-out a deal. However, on Friday the 6th of September a law was set up to block a no-deal Brexit however Johnson suggested that he would rather ‘be dead in a ditch’ than ask to extend further Brexit negotiations. This comes days after  Mr Johnson asks the queen to suspend Parliament for 5 weeks in mid-September stating that it would be an ‘ample time’ to negotiate Brexit.  The Parliament will open again on the 14th of October where there would be a new Queens speech setting out what Johnson called a ‘bold and ambitious domestic legislative agenda for the renewal of our country after Brexit’. MP’s are putting pressure on Jeremy Corbyn to propose a vote of no confidence next week and if Johnson loses that vote and a new government doesn’t emerge within 14 days then there will be have to be a general election.

Also this week, Boris Johnson’s brother, Jo Johnson, quits Parliament stating that it is impossible to fix ‘family loyalty and the national interest’ he also said ‘it is an unresolvable tension and is time for others to take on my roles as an MP’. Jo Johnson faced criticism for serving with his brother after resigning late last year to campaign for a last say on Brexit. Amber Rudd also left Johnson’s cabinet on Friday the 6th of September  and blamed Brexit inaction.

I personally believe that  extreme division within British political parties has made our whole political system a source of ridicule across the whole world and made British politics a source of embarrassment to the ordinary person in Britain. I think that Boris Johnson’s questionable actions and ‘facts’ used to better his Brexit campaign should not have been ‘swept under the carpet’ and I believe that the people of Britain that chose to leave were not given correct facts to enable them to make a proper informed decision on the future of Britain and the European Union. However, I believe that there seems to be no way out of a no-deal Brexit given the way in which Boris Johnson is handling the debate and negotiations, both at home and in Brussels. Considering how Theresa May’s deals were received by the Houses of Parliament and the refusal by MP’s  to accept any deal proposed to them,  the possibility of no-deal is ever more probable, although this angers MPs from all sides of the House. I fear with the political turmoil currently this will lead  to Britain being stuck in the European Union for years to come and I believe that regardless of who is Prime Minister they will possibly be damned if the do and damned if they don’t with regards either a deal or no-deal.

Sources: The Telegraph, The Guardian, The BBC