The New Zealand shootings have left many distraught, however new information has come up over the weekend regarding the event. 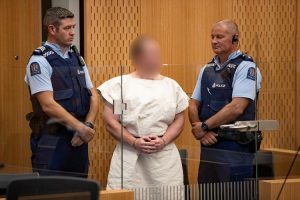 The Death Toll Has Risen

In a tragic turn of events, the amount of confirmed deaths has risen from 49 to 50, which could possibly rise in the future. The amount of injured people has also risen up to 50, 12 of which remain in critical condition and 34 of which are still in Christchurch Hospital. One of these critically injured people is a small girl aged 4, who was transferred to a hospital in Auckland.

So far, Brendon Tarrant is the prime suspect. Even though he has been charged with murder, the police are not ruling out any prior or future suspects as they want to be absolutely sure who was and wasn’t involved with the shootings. Tarrant is also a likely suspect, due to him releasing his manifesto filled with alt-right ideologies, it most notably contained lots of immigrant and muslim hate filled content.

Currently the nation of New Zealand has been mourning the loss of the victims extensively, many have taken to placing candles outside of the mosques for example. Some of New Zealand’s many sports teams have cancelled their events the weekend of the attack in order to show their support for the families affected.

Many are starting to criticise Facebook and similar tech companies for allowing such harmful material to be spread, that if we allow such radicalised content to spread online it will only lead to more attacks. Once again, we must say that you should not watch the footage, as it could be deeply traumatising to watch. We also advise not to read the shooter’s manifesto, as the shooter committed the atrocity with the sole intention of spreading his radical ideology.

There has been a strong outcry against the New Zealand gun laws, saying that they should be more restrictive in order to avoid attacks like this in the future.

It’s been a very difficult time for New Zealand as of late, but it has united the people together in order to grieve the loss of dozens of innocent people, our best wishes go out to everyone in New Zealand affected by the shootings.