Aftermath of Hurricane in the Mediterranean

Home/Aftermath of Hurricane in the Mediterranean 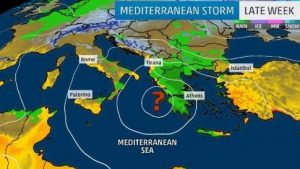 Loads were affected as a ‘Medicane’ hit several countries causing disruption and chaos.

In late September, there were several reports of a hurricane (also known in this situation as a medicane), set to hit several countries, such as Greece and Italy. This ‘medicane’ brought heavy rainfall and strong winds through these countries from the Mediterranean Sea. The weather centre gave several severe weather warnings to all those affected.

A Medicane (Mediterranean Hurricane) is a subtropical system. Although they generally occur twice a year, they often go unnoticed by weather agencies and few Medicanes hit hurricane level. This weather is a result of poor low pressure in an area of the Mediterranean sea.

What countries were affected?

The Medicane hit the Greek islands resulting in torrential rain and strong winds. Several schools have been forced to shut and trees fell down, hitting power lines in the northern suburbs of Athens, along with fire departments receiving over 350 calls just to remove debris.

There was also flash flooding in Tunisia and Libya which killed at least five people. 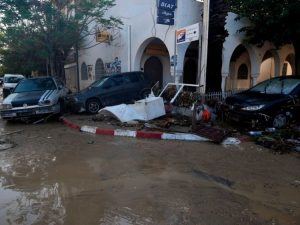 What’s happening in the Mediterranean now?

While the skies in Greece soon got back to being clear blue, the Met Office tweeted that we can expect more heavy rain in the Mediterranean over the coming days.

After flooding across parts of Europe, the focus of the heavy rain will be across Italy and then the western Mediterranean in the next few days pic.twitter.com/VZTUZJ7Otz