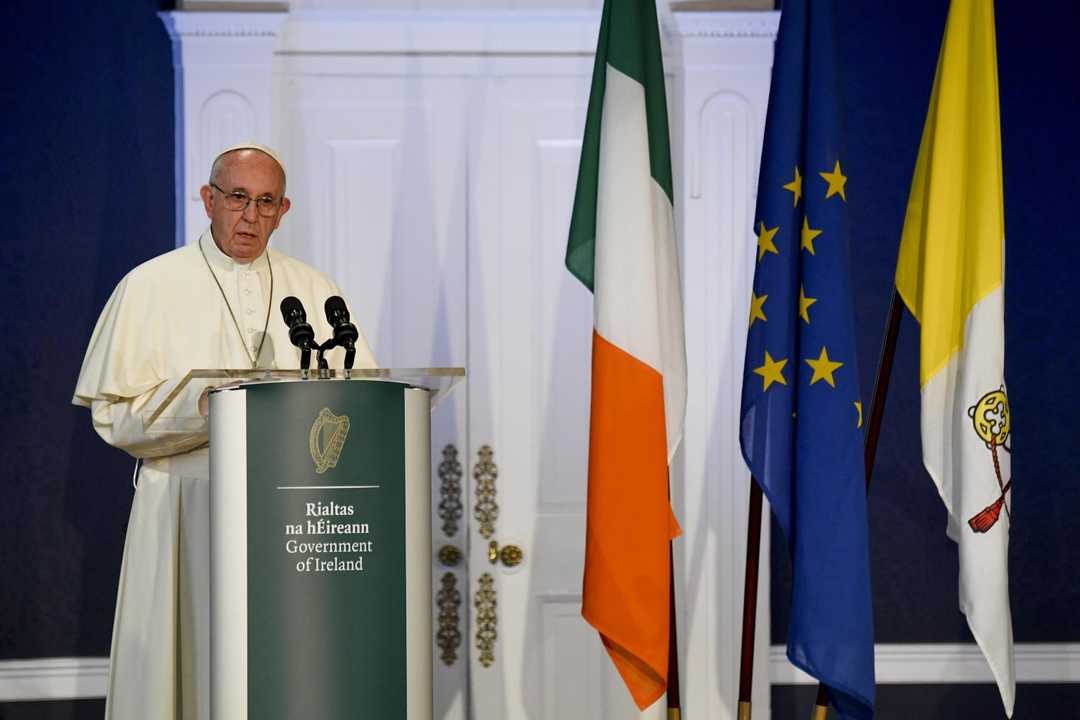 Compassion and forgiveness: Pope Francis has completed a two day visit to Ireland, the first papal visit in 40 years. 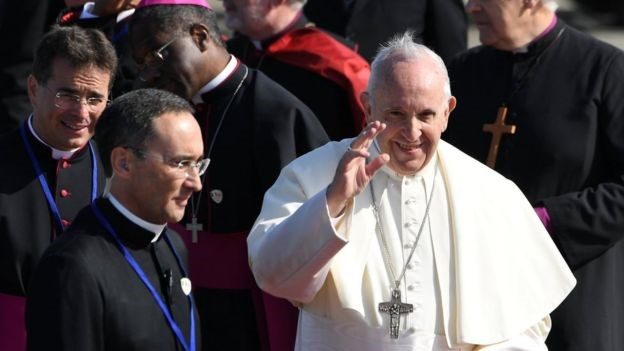 Pope Francis has drawn his Irish visit to a close in what was Ireland’s first papal visit in almost 40 years. The Pope met victims of clerical abuse during his visit, met with homeless families, and attended the ‘World Meeting of Families’, a global Catholic gathering held every 3 years.

The Scottish Catholic Observer highlighted the difficulty the Church has experienced over the past few years. Pope Francis begged for forgiveness for these failures.

As soon as Pope Francis arrived at the airport and was presented with vestments he was then quickly taken to Aras an Uachtarain, the presidential residence, where he was greeted by the president Michael D Higgins and his wife. During his visit he planted a tree, just at St. John Paul II did during his famous 1979 visit.

Pope Francis told reporters on the plane that he was excited to return to Ireland, a place where he spent three months practising English in 1980. The Pope landed in an Ireland that has changed greatly since his last visit.

However, Pope Francis stated that he hoped the country would,

“not be forgetful of the powerful strains of the Christian message that have sustained it in the past and can continue to do so in the future.” 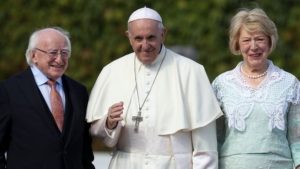 He also told the gathered flock at the World Meeting:

“One need not be a prophet to perceive the difficulties faced by our families in today’s rapidly evolving society,” Pope Francis said, “or to be troubled by the effects that the breakdown in marriage and family life will necessarily entail for the future of our communities at every level.”

“Families are the glue of society,” he said. “Their welfare cannot be taken for granted, but must be promoted and protected by every appropriate means.”

What Did The Pope Do On His Visit?

On Saturday 25th August Pope Francis attended Dublin castle for a meeting with authorities, civil society and diplomatic corps.  Later that day he visited St Mary’s Pro Cathedral and will had a private visit to Capuchin Day Centre for homeless people. On Saturday night he attended be at the Festival of Families held at Croke Park stadium.

On the Pope’s last day in Ireland he left by plane to head to Knock where he visited the Apparition Chapel. He then flew from Knock to Dublin where he had lunch with the Papal Delegation. Soon after he attended the closing mass for ‘World Meeting of Families’ in Phoenix Park. Finally, a farewell ceremony was held at Dublin airport where Pope Francis began his journey back to Rome.