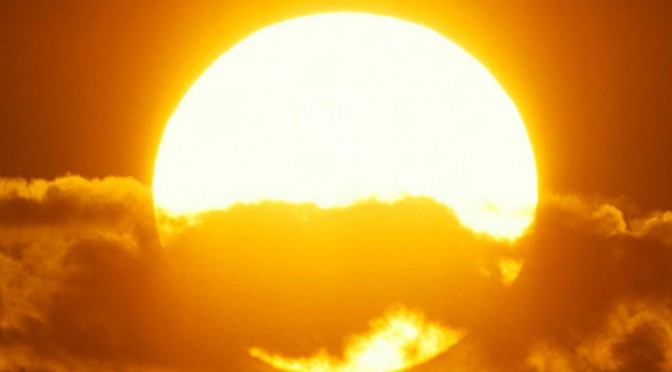 According to data provided by the US Space Agency (NASA) and the National Oceanic and Atmospheric Administration (NOAA), 2015 has been the warmest year ever recorded.

Additional statistics showcase the fact that 2015 has “shattered” the preceding record, set in 2014, by 0.13C. Even though that amount may not seem like a world-changing escalation, one must consider the possibility that if the average temperature continues to increase at this alarmingly quick rate, the planet will eventually succumb to the progressively rising sea levels.

Meteorologists believe that the reason for this heat originates from El Niño, the natural phenomenon that causes central and eastern sections of the Pacific Ocean to sporadically warm up.

It is a well-known fact that El Niño is one of the main factors that affect the locations of hurricanes and torrential rain. Hot and dry spots are also determined by the occurrence.

“2015 was remarkable even in the context of the on-going El Niño,” said Gavin Schmidt, the Director of NASA’s Goddard Institute for Space Studies.

“Last year’s temperatures had an assist from El Niño, but it is the cumulative effect of the long-term trend that has resulted in the record warming that we are seeing.”

Many speculate that the combination of El Niño and the human-generated heating will feed the intensification of global temperatures.

In spite of the growing concern that the public display about the recent weather conditions that have affected countries around the world, the subject of climate change has failed to reach the top of the list of business threats. A survey completed by approximately 1,400 CEOs from a variety of nations reveals this information.