We had an adventure to the forest today.  We played hide and seek, climbed trees and found an old birds nest. 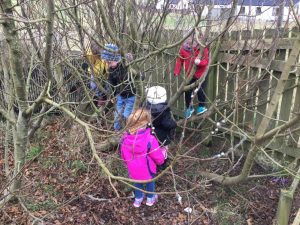 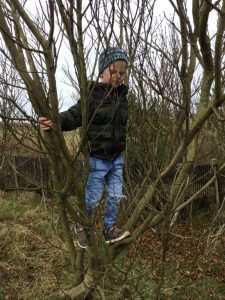 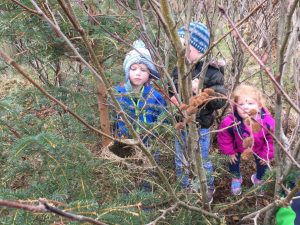 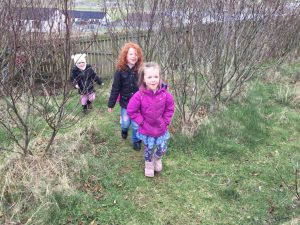 Rory brought his purple magnifying glass in today for p week.  He used it to identify what the nest was made from.

”There is grass, mud and sheeps’s wool”. 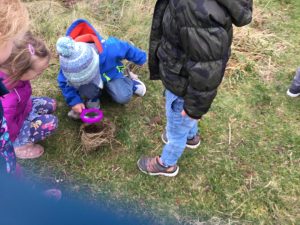 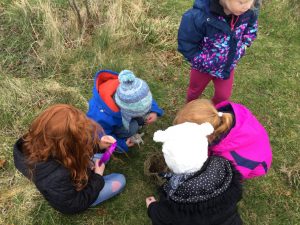 Rory let his friends have a look too.

”I can see string and paper too!” 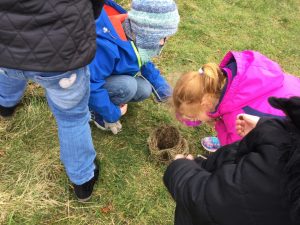 We had a closer look when we got back to nursery and used the computer to identify which bird made the nest.  We think it was a black bird. 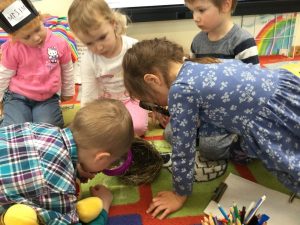 Some children drew pictures of the nest and some made their own nests. 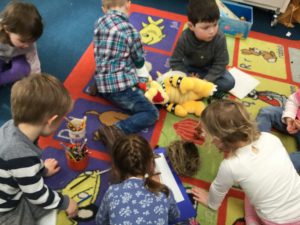 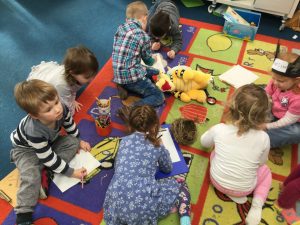 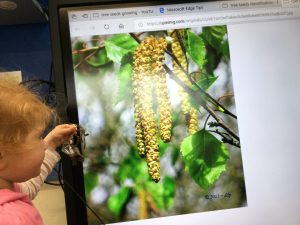 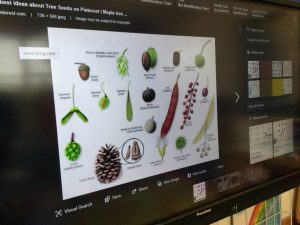 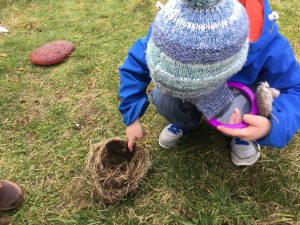 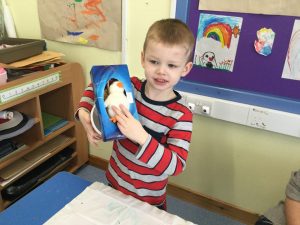 Sydney made a nest for his chick using feathers and straw. 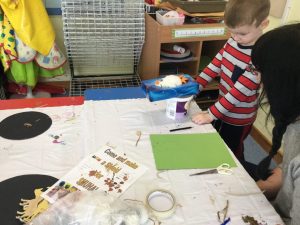 The chick tried out the birds nest from the forest but Sydney thought it was too small for the chick. 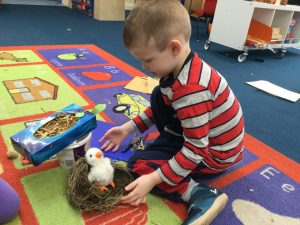 See what's been happening at our nursery!