The Eco Committee has sent letters to several businesses in Shetland to get sponsorship or help with developing our wildlife projects. Fiona, Victoria and Molly  sent a letter last week to Ness Engineering, asking for help towards buying some binoculars, so that we can have a class set. We were really pleased and surprised today to receive two pairs of binoculars – thank you very much for your generosity, they will be well used. 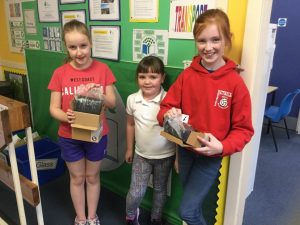 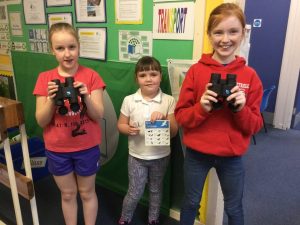 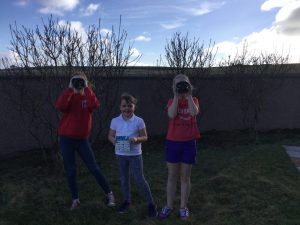 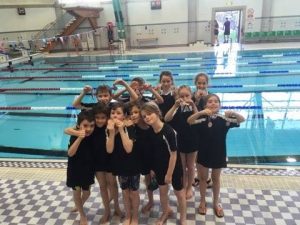 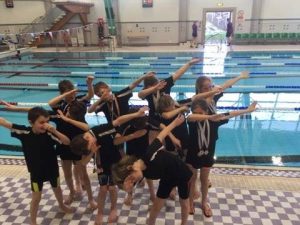 A very huge WELL DONE to our pupils taking part in the Swimming Competition at Clickimin on Sunday 12th February.  I was lucky enough to catch Ruby, Michaela, Molly and Cerys swim to silver in a relay event.  Impressive swimming.

I know it takes a huge amount of commitment and time to swim at the level you do.  We are very proud of you all!

On Thursday 19 January, 9 pupils travelled to Scalloway to play in the next round of the primary netball league.  Dunrossness had three matches scheduled for the day, so had a lot of hard work to do.  First up was the match against Hamnavoe.  Dunrossness settled well with steady play and accurate shooting, winning 10-0.  The next match on the day Dunrossness was not involved in, but they got to see the teams they would be up against.  It was obvious Scalloway was going to be a difficult match and a few of the players were nervous to play against them.  The Scalloway match was next and the girls did really well to hold their nerve and not be intimidated.  They lost 7-3, but had some great play in a very tough match.  No rest for the girls as they played Cunningsburgh next.  The team settled well and had some great teamwork which helped them to an 8-2 win.  All in all, the coaches were very happy with the whole team effort.  The next matches are against Bells Brae’s P7s and Tingwall at Sandwick on 9 February.

Thanks to Ruth Christie for the report.

Continuing thanks to Ruth and Fiona for coaching our team.

They all did well and had lots of fun. Some were more covered in mud than others (Reece!). It’s a really welcoming group and you don’t have to be involved in the athletics club to attend. Next race scheduled for 26 February.

Thanks to Ruth Christie for the report and photos.

Badminton Under 11 Championships took place on Saturday 5th February.  The South Mainland was very well represented and we are very proud of all Dunrossness pupils taking part.  Well done to Michaela and Molly for being runners up in the girls’ doubles final.