Today  is Star Wars Day – here are some ideas you might like to try out – you will of course have your own creative thoughts!

In each of the pictures there are some ‘odd ones out’ – characters that shouldn’t be there or maybe they’re from anothr film! Bonus points for naming them and saying why they are the odd one out.

Picture 1
Mr Hardy and his ‘friends’ are getting ready for Star Wars Day. Can you spot the odd one out? Comment if you spot them and bonus points for working out who they are and where they are from! 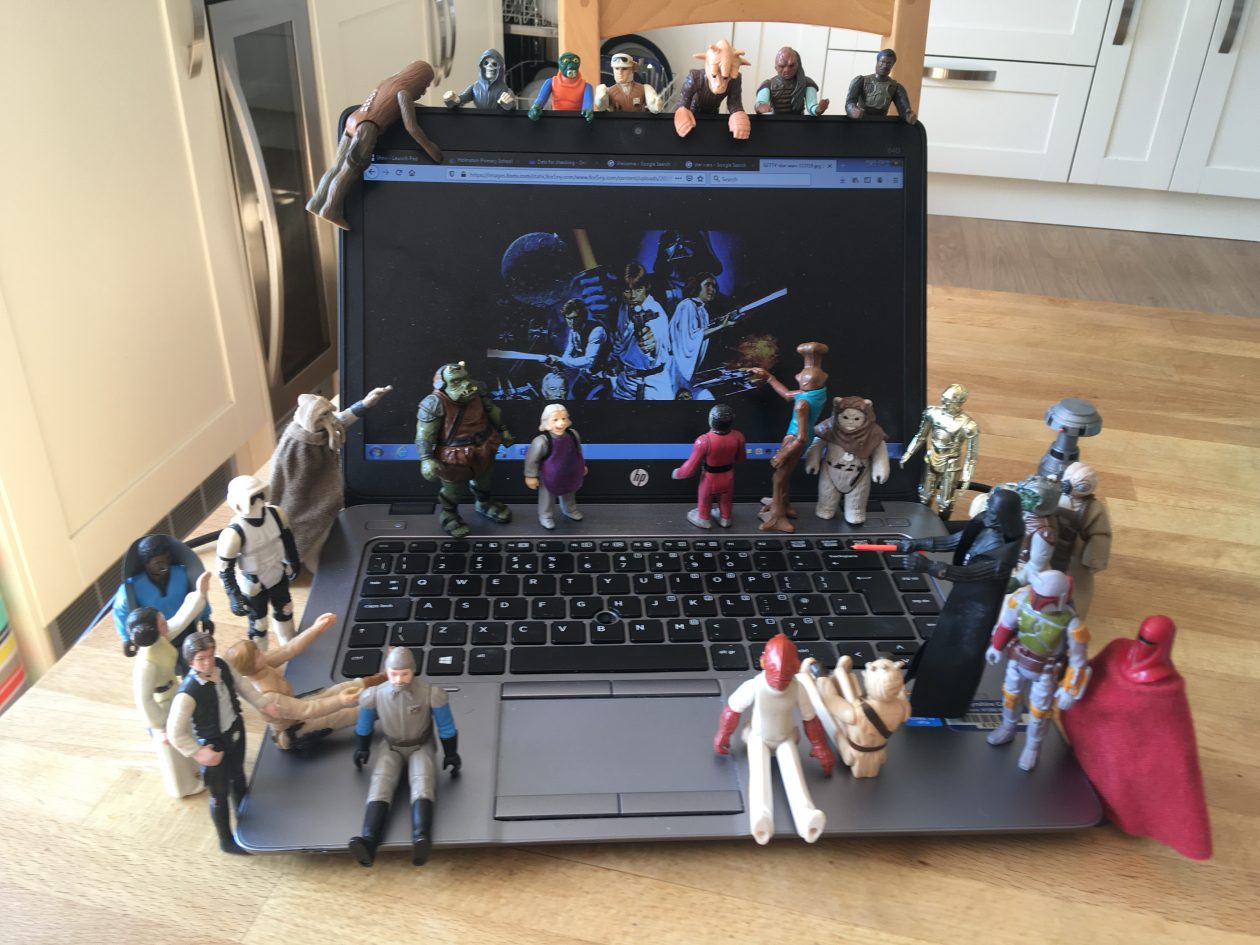 Answer – at the top left of the laptop – that’s Charon – The Devil’s Boatman from Clash of the Titans (the original film).

Picture 2 – These are the droids you’re looking for! 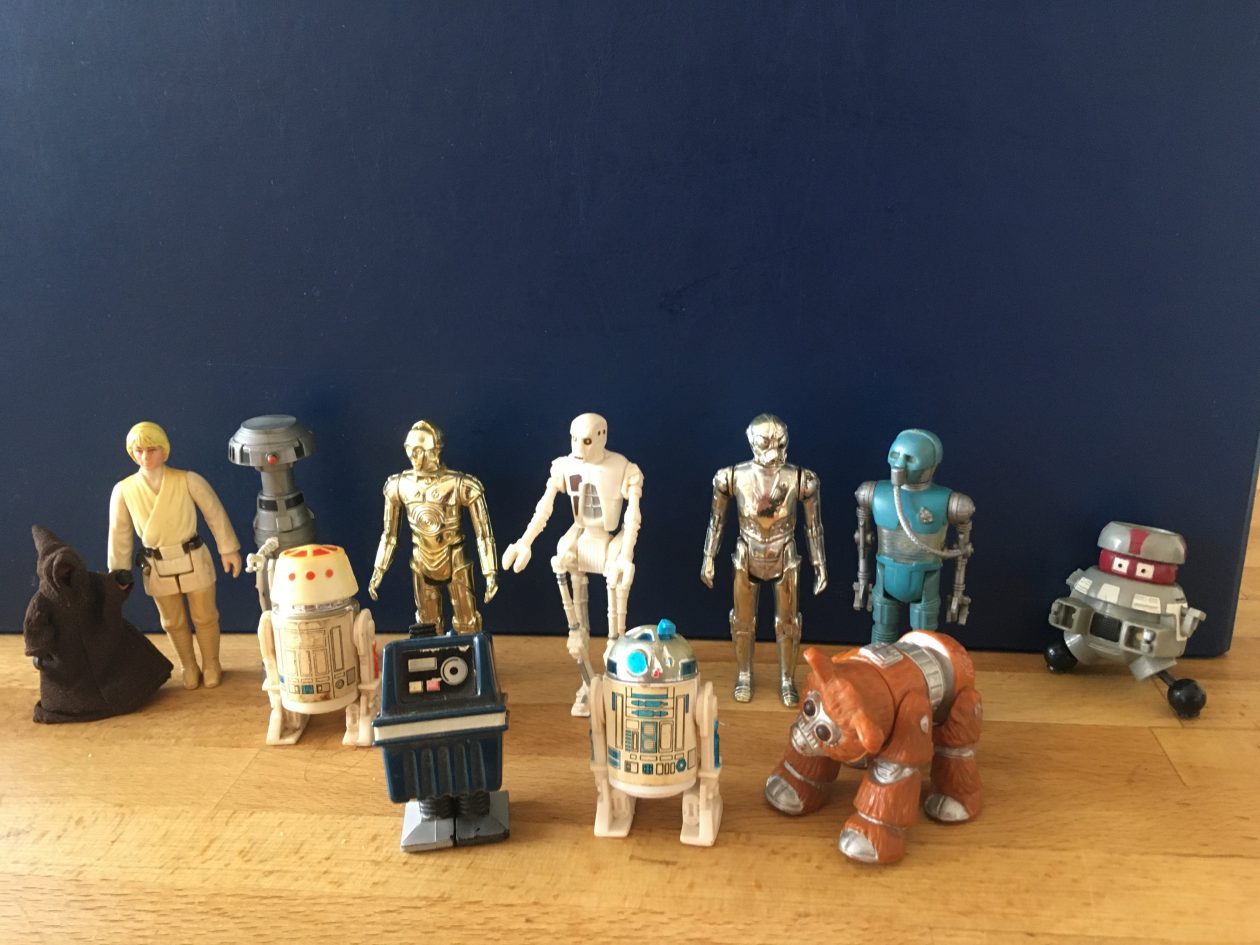 Luke is buying some droids from the Jawas. He needs them for helping out on Uncle Ben’s Farm – which ones would you pick? Can you design a droid that would help you? What would they do? What is their name? R2-D2 can fix starships, C3-PO can speak lots of different languages. Who shouldn’t be here though? – they’re not from Tattoine! 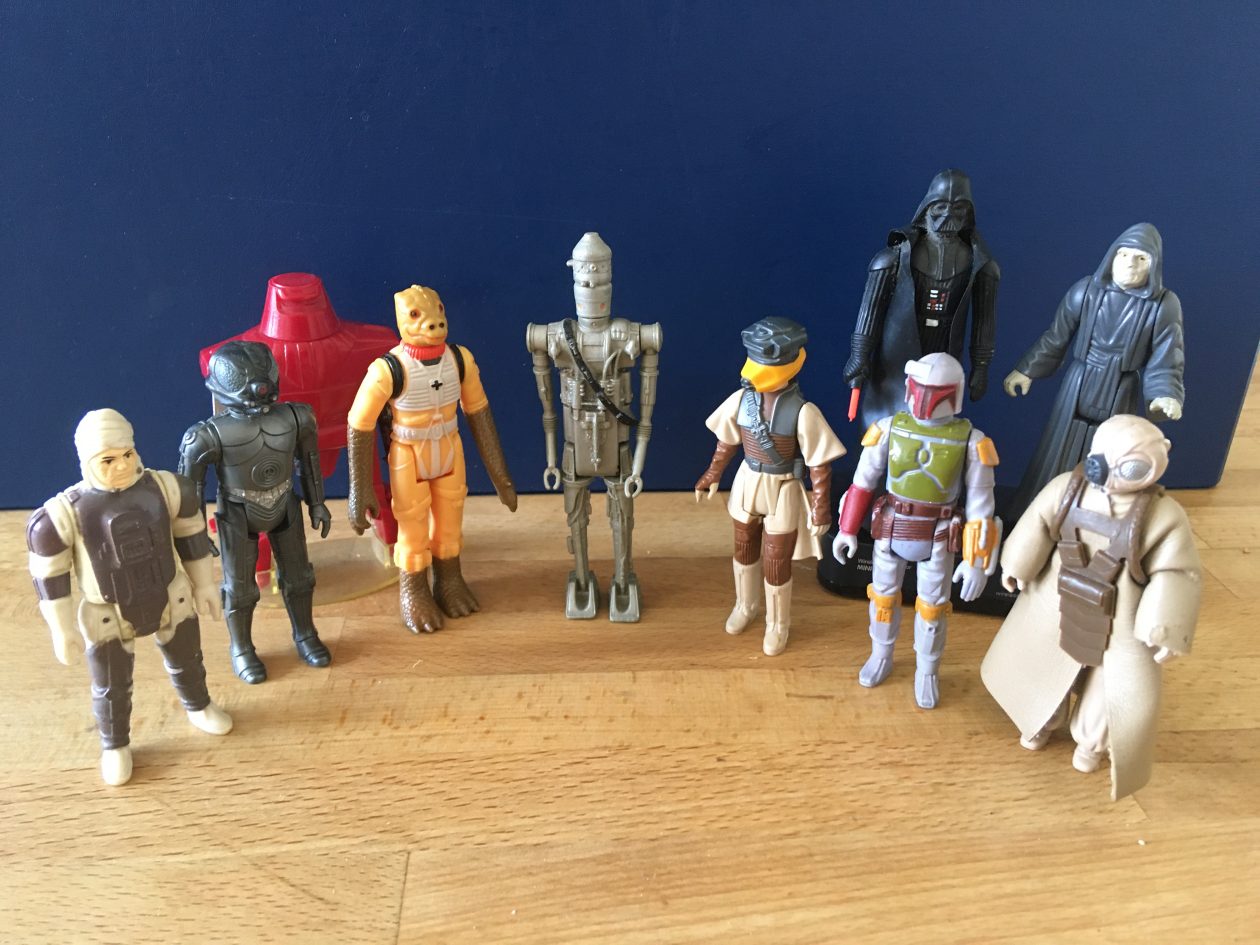 The Emperor and Darth Vader have hired this collection of mean bounty hunters to track down our heroes. Can you create a bounty hunter? What do they look like? What weapons do they use? What is their spaceship called and what does it look like? Boba Fett is my favourite – his ship is called….(bonus points from the answer!) Can you spot the two ‘bogus’ bounty hunters?

Answers – Third from right – that’s Princess Leia in her Boushh disguise and lurking at the back – that big red robot – it’s Maximillian from The Black Hole! Bobba Fett’s ship was called Slave 1.

Photograph 4 – Party at the Palace! 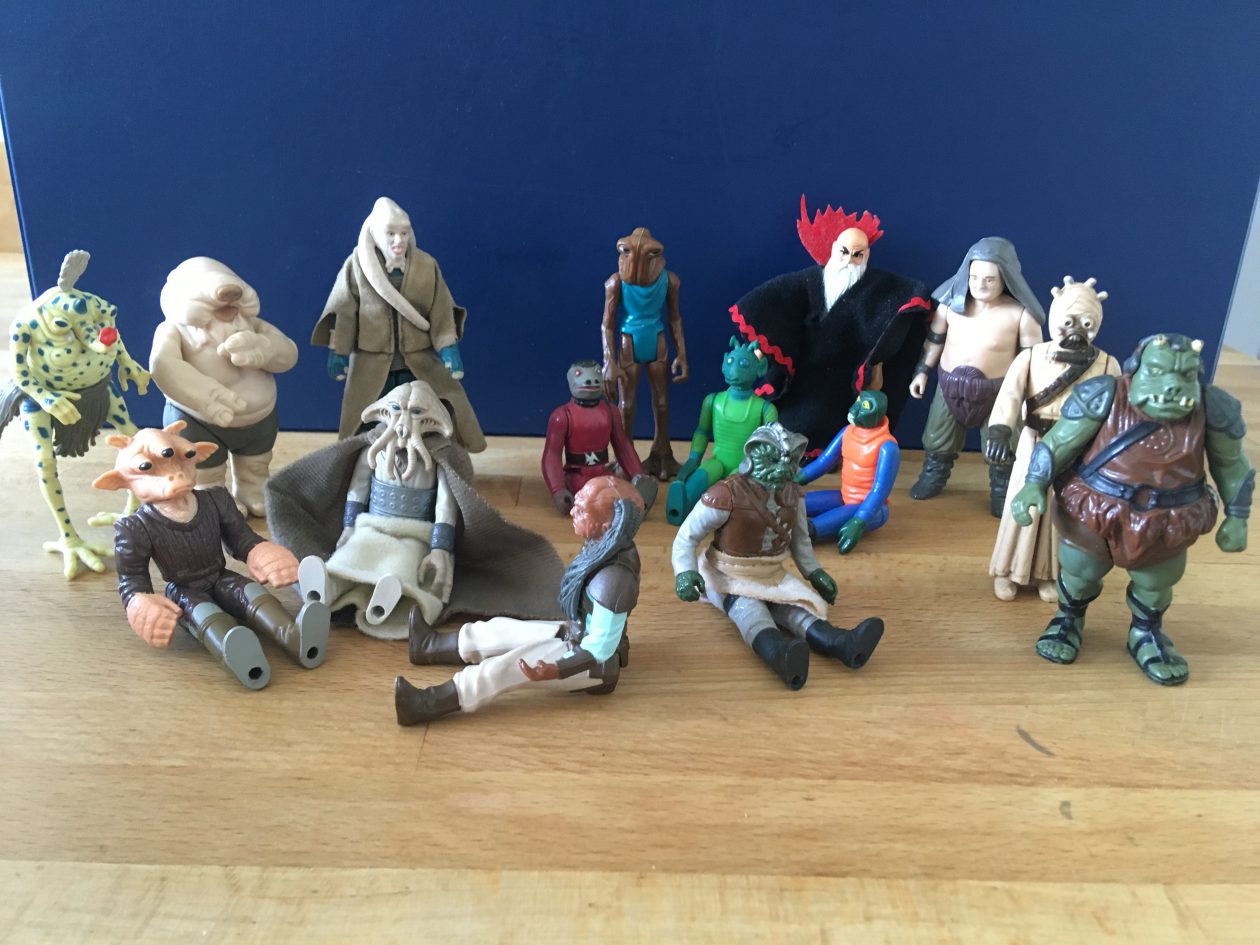 The guys from the Mos Eisley canteen are visiting Jabba the Hutt’s Palace for a party. Sy Snootles has just released a new single! They come from all over the universe. Can you design a new alien species? Draw a picture and create a factfile. What planet do they come from? How are they adapted to life on this planet? What languages do they speak? How tall do they grow? You could add in lots of your own details. Bib Fortuna has spotted someone that does not belong here – can you?

Answer – lurking at the back – looking at lot like Emporer Ming from Flash Gordon – is  Kelek, an evil sorcerer from Advanced Dungeons and Dragons!

You can upload any of your pictures into Teams and we’ll share some on here. Remember – may the force be with you!