Our Eco Warrior after school club is on a Tuesday from 3.00pm – 4.00pm starting 19th September.  Please assure that children have suitable old clothing for these activities.  Thank you

Congratulations to all those from the big class that received certificates at this week’s celebrating success assembly.

Brigham and Kyle were both recognised for being fabulous fact finders.

Martha was the Big Class’ Dojo Champ and Lucy was awarded for showing superb leadership skills during outdoor learning. 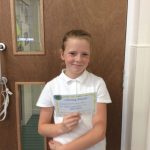 Lucy received a further certificate for writing a super piece of writing titled “If I Ruled the World”.  Well done.

Congratulations to all those from the wee class that received certificates at this week’s celebrating success assembly.

Firstly well done to Harvey who won a personal achievement award for getting changed quickly for P.E.  Ollie was rewarded for being  Big Maths Champion in the wee class. Charlie was last week’s Dojo Champ and Kyra got an award for being a handwriting superstar.  Well done to you all. 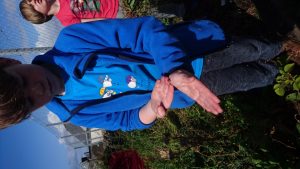 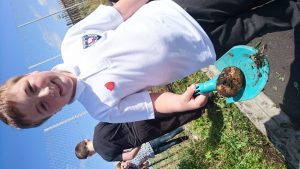 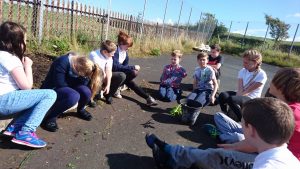 This week we investigated why the sky is blue. …..But space is black

We learned that light from the sun looks like white light but is actually a spectrum of colours.  This light travels in waves and moves through the air without being interrupted.  The light is absorbed by objects and an object reflects one colour, which is the colour we see the object to be.

The particles in our atmosphere (or the air around us) reflects the blue light that beams out from the sun and that is why we see they sky as being blue.

If it rains when it is very sunny the rain interrupts the travel of the light waves and the colours split.  When this happens we see a rainbow.  The light is bent by the water and this is called refraction.

Space isn’t blue because is doesn’t have the same atmosphere as we have on earth so the light isn’t reflected in the same way.

Extend your learning by investigating why a sunset is such lovely reds, oranges, yellows and purples…..

We used our science investigations to complete some art projects.

We created a colour mixing wheel. 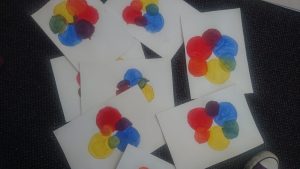 We painted a rainbow. 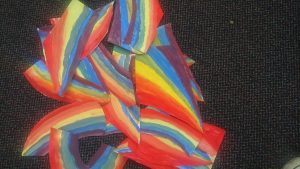 We created a sunset picture. 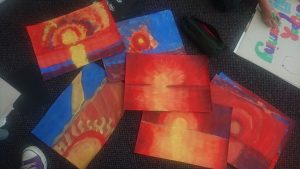 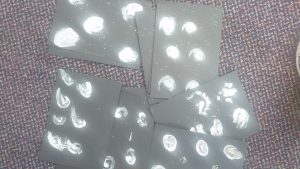 We looked at the symbology of a rainbow.

Rainbows have many different meanings.

We have been discussing tolerance, empathy, loyalty, kindness, resilience, mutual trust and respect.

We know it is important to respect the different views, values and beliefs of others’.

In Celtic wisdom, the rainbow is called kambonemos, and it means “curve of the sky”. The belief is rainbows promise new life.

In Greco-Roman mythology, the rainbow was considered to be a path made by a messenger (Iris) between Earth and Heaven.

In Chinese mythology, the rainbow was a slit in the sky sealed by goddess Nüwa using stones of five different colours.

Rainbow flags include a symbol of peace and the colors reflect the diversity of the LGBT community.

Christians belive a rainbow is a promise from God that he will never flood the earth again.

From ancient Norse ledgend and mythology comes the story of the Rainbow Bridge. This is the story of immense love and an enduring bond between pets and people. 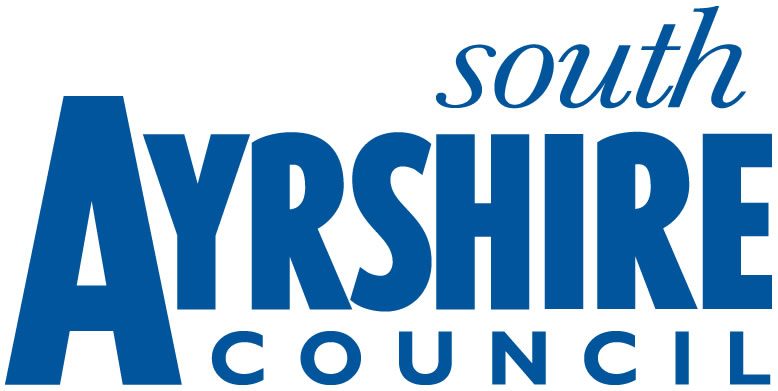