Two competitions took place last session, based in the library. 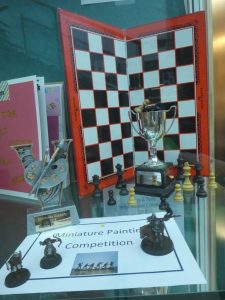 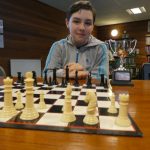 Thirteen pupils took part in a Chess ladder with games mostly being played at Chess club on Tuesday lunchtimes. Zoe Hourston was the eventual winner of this competition. This was the first time the chess trophy had been played for in many years. A new chess ladder will run later this session once the lunchtime club is up and running. 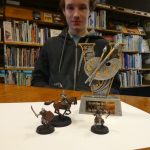 Minitature Painting took place on Monday lunchtimes. Over a dozen pupils took part over the course of the year and six entered miniatures to a painting competition judged by professional miniature painter, Michael Mordor. Michael also produced video was produced of the entries from photographs taken by Mrs MacPherson.

The winner was Scott Stewart for his detailed horse. Joseph Moore had a special mention for his painting of camouflage on his little soldiers.

Miniature painting will restart in due course.