Due to the nature of the split lunch there were two distinct sessions. The first let pupils have a look at and discuss Tony’s earlier work, as well as how looking at how comics are put together. The second session got the pupils and staff learning how to draw a comic superhero and a face, looking at the correct proportions.

Pupils were wholly engaged and focussed on what they were doing and the feeling was that they would have liked to have had longer but afternoon classes beckoned. 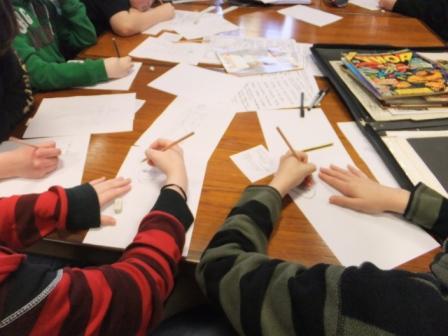 “It was really fun and informative. The artwork was brilliant! We got the chance to draw oursevles.” 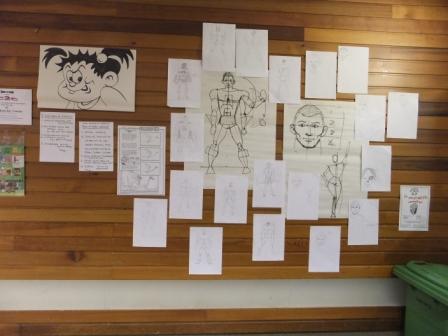