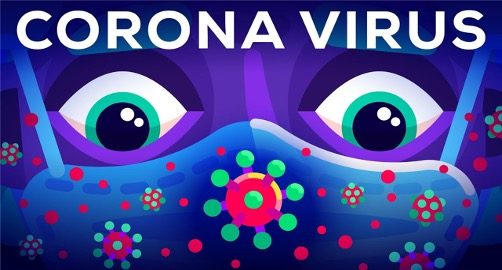 Covid-19 has taken its toll on the world, with more yet to come. Most, if not all, countries around the world have been affected by this vicious disease. Orkney and Ireland have both been impacted. This article will explore how the outbreak has affected a young person in Orkney (population – 22,000) and a young person in the Republic of Ireland (population – 4.9 million).

Brendan Mckee is in his last year of secondary school, and was set to do his Leaving Certs (final exams). He is 18 and lives in Ireland, Co Cork.

Brendan: “Lockdown Restrictions in Ireland started on the 12th of March.”

Brendan: “Yes, my band was to play at summer festivals such as ‘Independence’. All of our gigs were cancelled.”

Brendan: “The barber shop I was working in was forced to close. Because I lost my job due to Covid-19, the Irish government pay me a welfare payment.”

Leah: “Were you meant to be doing Leaving Certs (final exams)? Has them being cancelled affected anything job wise for you?”

Brendan: “I was set to sit the Leaving Cert this year. The current plan is to have the exams on July 29th the original date was June 5th. However, there is still questions being asked regarding when the exams will be held.”

I asked the same questions to a young woman, who wishes to remain anonymous, living in Orkney. Unlike Brendan, she was not set to be sitting exams. (Lily is not her real name).

Lily: “Lockdown in Orkney began on the 20th of March.”

Lily: “I have a seasonal job so I hadn’t actually started working this year. I was set to start work around Folk Festival time and work right through to October, but the shop I work in was forced to close like most other shops. I am not getting paid as I hadn’t started work yet.”

Leah: “And finally, were you meant to be sitting exams? Has them being cancelled affected anything job wise for you?”

Lily: “I am not yet age to be sitting exams yet but I do know that exams throughout the UK have been cancelled. That is the first time in history they have ever been cancelled since they began in 1858, they even went on through the war times!”

As you can see, Ireland and Orkney are very different! In Ireland they are still set to be doing exams, they have just been arranged to a later date. In Orkney exams are totally ruled out. Ireland also went into lockdown a full week before Orkney did.