This week the sun has been splitting the trees.  On Monday we went outside and took part in a scavenger hunt.  We used the outdoor environment to list things from A to Z.  We then played some outdoor games such as football and played on the outdoor gym equipment.

On Wednesday, because our topic is Space, we went outside with eight balloons that we pretended were planets.  We learned about how planets orbit and rotate around the sun and acted this out to help us to understand how the solar system works.  P7b joined us for this lesson. 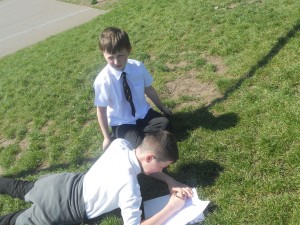 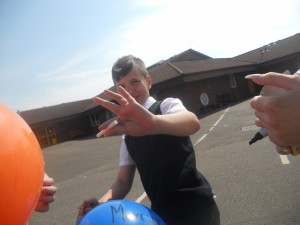 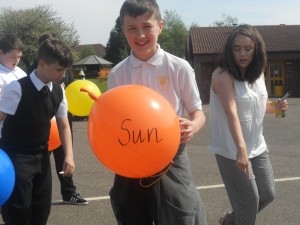 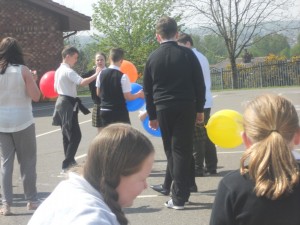 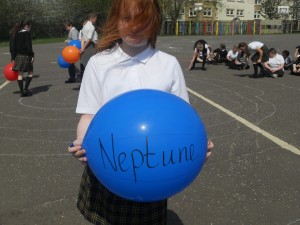 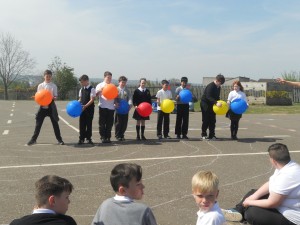 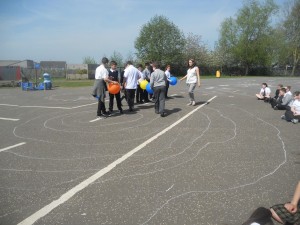 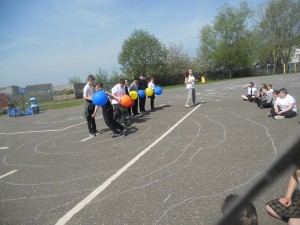 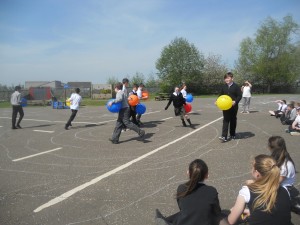 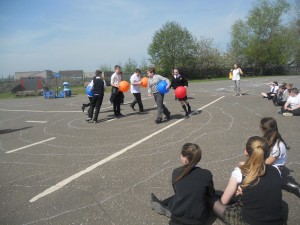