Films made by pupils from Greenfaulds High School are now live on the FilmG website!

A number of pupils from Greenfaulds High School feature in this film, produced by young people from around the country during the summer.  http://filmg.co.uk/en/films/1705/ 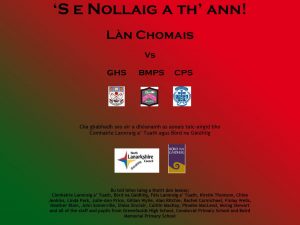 Làn Chomais’ debut single, ‘S e Nollaig a th’ ann! , was released on Thursday December 7th. This exiting tune with a very rocky vibe is available on ITunes, Amazon and Google play. To date the song has recieved a great amount of airtime an BBC Scotland, BBC Rèidio nan Gàidheal, Celtic Music Radio, Clyde 1, Smooth Radio and Heart as well as numerous local radio stations such as Two Lochs Radio, Isles Fm and Oban Fm. The track has also had international exposure with radio stations in Canada plaing it.

As well as radio airtime, Làn Chomais have recieved Nation television aitime with pieces having been shown on BBC Alba and ITV 2.

As well as all this, they have been asked to record music for North Lanarkshire Council’s video celebration The Year of Young People. This is a fantastic opportunity and their extremely proud to have been asked.

Their debut EP , Ri Cheile, will be reales in late Jan / Early February. 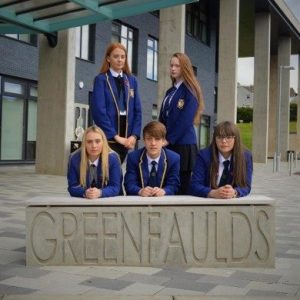 Eve Byrne (S1) and Ava Mackinnon (S4) participated in the recording of BBC ALBA’s Christmas Eve Service 2017 which is produced by Sealladh TV and will be broadcast on BBC Alba and Radio nan Gaidheal.

Both Eve and Ava did readings at the service on Wednesday 29th November.

“Oidhche Shèimh” will be broadcast on:

An edited version of the material will also be transmitted on: 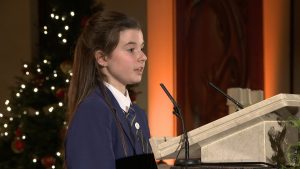 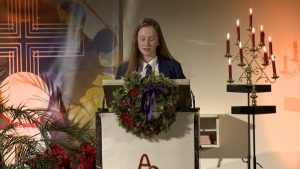 Their success in delivering projects geared towards supporting pupils to develop their linguistic skills was recognised at the event.

Members of the group in attendance delivered a performance on the evening. 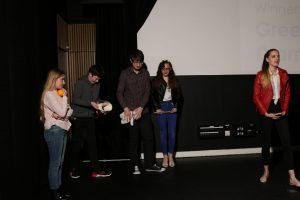 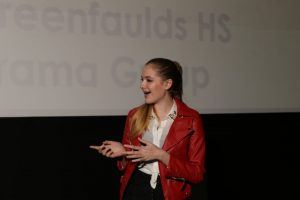 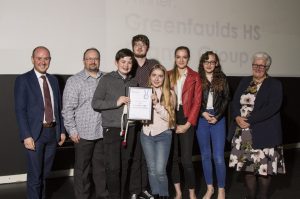 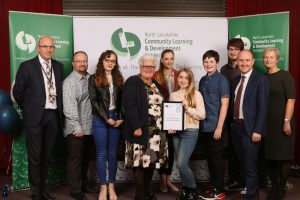 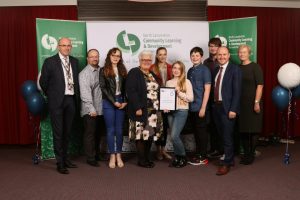 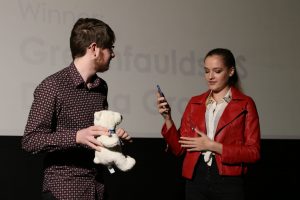 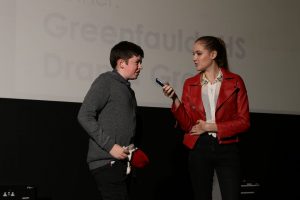 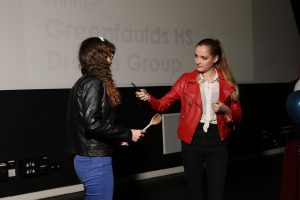 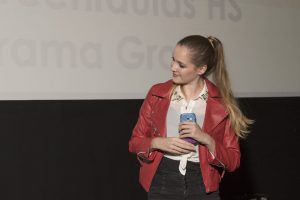 The members of the drama group received their Dynamic Youth Award certificates for the work that they have carried out through their participation in the group. 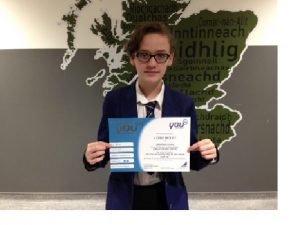 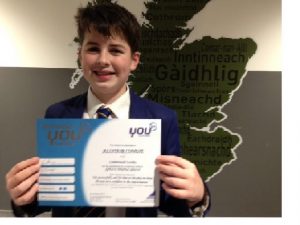 On Tuesday 28th November Alastair Condie recorded his film which is to be submitted to FilmG this year.

Alastair is a Gaelic Learner and attends the Drama Group in order to enhance his linguistic skills.

His film is titled An Fhirinn Mun Sgoil.

All members of the drama group appear in his film. 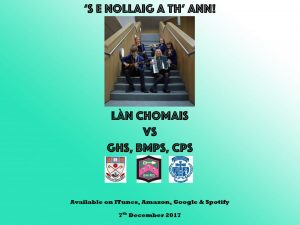