On December 3rd, we were honoured to welcome Janine Webber, a Holocaust survivor, into our school. Across the Humanities department, S2 pupils had been learning about the rise of Hitler and the impact the Holocaust had across Europe. As they explored this topic pupils were able to identify the rights that were removed from people across Europe under Nazi rule and how this had an unbelievable impact on people’s lives. Through the hard work of the School’s Foreign Affairs Committee, along with our two Holocaust Ambassadors, who had recently visited Auschwitz, Janine’s heartfelt and truthful testimony was experienced by not only the whole of S2, but every Chryston Parliament Member, members of staff, along with our local MSP Fulton MacGregor and local MP Hugh Gaffney.

Janine’s testimony had a powerful impact on everyone present as it detailed the experiences and struggles of a young child during one of history’s worst atrocities. At the end of her testimony, Janine allowed all present the opportunity to ask her questions. Pupils embraced this experience as it allowed them to gain more of an insight into Janine’s life and see how people like Janine, who were classed as different by the Nazis, had their basic human rights removed, which further allowed for them to be persecuted and effectively hunted.

The feedback from speaking to S2 pupils and parents has been overwhelming with the experience being described as ‘a once in a lifetime opportunity’ and ‘something that will never be forgotten.’

Janine’s message for the future is simple, and one that relates to not only our school’s core values, but also to the importance of human rights.

‘I hope to teach them tolerance, to accept people whatever their religion or colour of skin, so that we do not persecute those who are different.’ 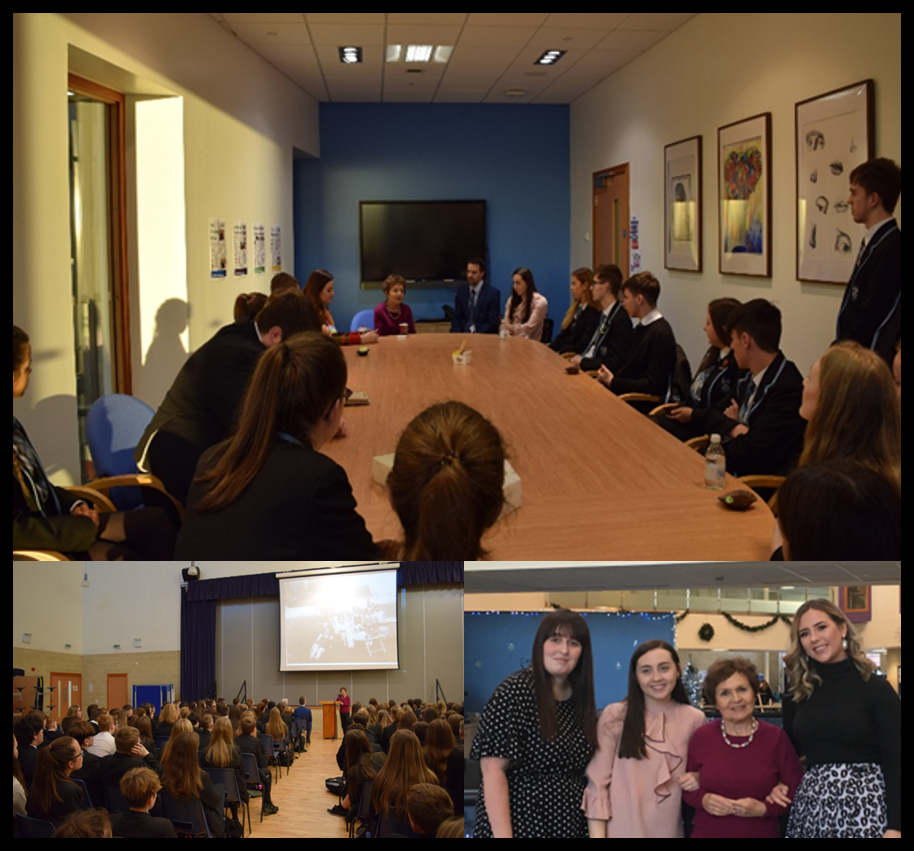