I am just in school and i can’t wait for the weekend!

Next week I am helping my mum stack and empty the dishwasher.

The weather is horiffic and the snow keeps coming! There  are blizzards every now and then. Overall the weather is awful.😕😕😕

Luckily the Schools were off on Wednesday, Thursday and now Friday !

I have been sledging for the past 2 days and I am going again tomorrow.

See you all on Monday!!

My Saint is St Bernadette …

St. Bernadette was born in Lourdes, France on January 7, 1844. Her parents were very poor and she was the first of nine children. She was baptized at St. Pierre’s, the local parish church, on January 9. As a toddler, Bernadette contracted cholera and suffered extreme asthma. Unfortunately, she lived the rest of her life in poor health.

I picked her because she is the patron saint of illness and my grandad is ill.

On Monday I had to go to school and then I came back and had a steak bake for dinner. Tuesday was really good as we did singing in the afternoon and I went to dancing.  After that we went to Tesco for Freddo hot chocolate and it was amazing .  I went to soup club on Wednesday and made Lentil and Vegetable soup.  It tasted great. Dancing was also on and after that we went to Hamilton to meet my brother and go shopping. On Thursday we didn’t do much except from dancing and Moons.  Today is Friday and so far it has been great!

good luck to the defenders that are going tonight 🙂 🙂

I am very happy that all 3 St thomas pursuar teams won there case! #stthomaswinners 🙂

The ordination of Sean Wylie 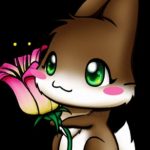 Come in and visit our class