Last week we heard the sad news of the passing of former Head Teacher Bill Morton at the age of 89. Mr Morton was Head Teacher of Coltness High School between 1974 and 1993. Prior to his arrival at Coltness High he had been an English Teacher, head of department and Assistant Head Teacher at the then Hamilton Academy, which later became Hamilton Grammar. As part of his professional life he was also an examiner and setter, for what later became the SQA, between 1972 & 1975. He always enjoyed the extra-curricular side of the school and was a keen golfer. He had been a member of Bishopbriggs and Riccarton (Hamilton) golf clubs, the latter where he served as Captain and had also been the Club Champion. After retiring from Coltness he was still a well-known face in the community having resided in Wishaw. His funeral is on Wednesday 22nd

END_OF_DOCUMENT_TOKEN_TO_BE_REPLACED

Is your child due to leave school at Christmas and you are unsure if this will affect your benefit entitlement? If so then get in touch with the Financial Inclusion Team on 01698 332551 or email fit@northlan.gov.uk or contact your local CAB who can carry out a benefit check for you and answer your queries in relation to whether your child leaving school will affect your benefits.

Thank you to everyone who has put their name forward to be on the Pupil Council. As we can only have 2 pupils per year group, we need to elect our members which will take place in PSHE classes. In order to do this, could you make up ONE slide on PowerPoint and email it to myself Mrs Mullen on glow by Wednesday 20th October.   The PowerPoint slide should include the following information: Your name (Reg Class) Photo of yourself (if possible) What your hobbies are / your interests Why you think you would be a good candidate for the Pupil Council Many thanks, Mrs Mullen

A reminder that Tempest Photography will be in on Monday 18th October (after the October holiday) to take official S1 and S4 photographs. Please ensure you are in full school uniform that day. Classes will be called down one at a time to the hall throughout the course of the morning. 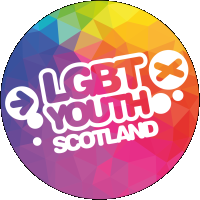 LGBT Youth Scotland have a number of different resources which can be helpful for parents and young people. You can find information and support on their website. 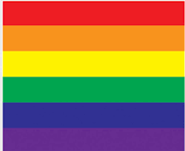 LGBT Health and Wellbeing offers the LGBT Helpline Scotland (0300 123 2523) every Tuesday and Wednesday from 12pm to 9pm and Tursday and Sunday 1pm-6pm. The service offers information and emotional support for lesbian, gay, bisexual and transgender people and their families, friends and supporters across Scotland. 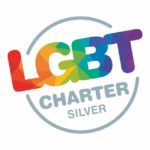