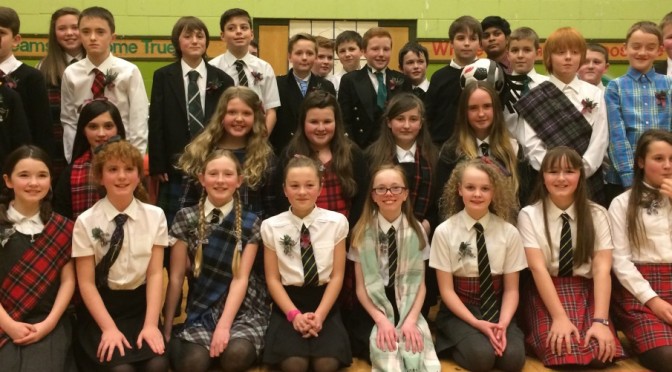 This term we have been learning all about Robert Burns and his life, as well as Scots Language. We started to plan our annual Burns Supper; firstly we learned how to pronounce Scots words within our poems. As well as that, we translated some of burns most famous poems into English before writing our own poems in the style of ‘To A Mouse’ in English then translated to Scots using Scots dictionaries and previous knowledge.We then had to responsibility for our own learning by learning words, adding drama and writing scripts.

However before we started we had to set up the hall by; 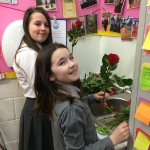 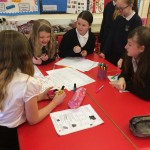 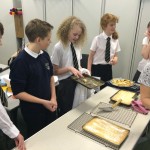 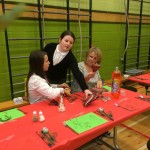 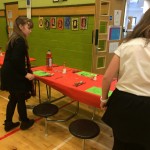 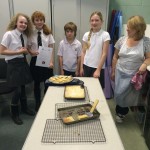 As well as setting up the table we also had to make programs, invitations and the table plan. The table plan was simple to write but incredibly important on the night. We had to show people to their seats and because of the table plan, we managed to start on time as everyone was in their seats chatting to the people in their table.

We also had to learn appropriate conversation and manners while at the table, for example, not pouring out your own drink first by offering all the adults before yourself as well as giving adults the basket of bread before yourself. The hardest thing to do was making sure everybody was happy with their night! 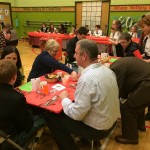 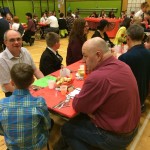 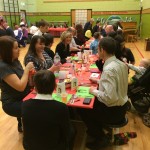 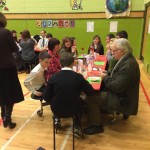 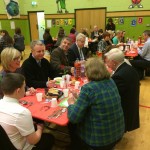 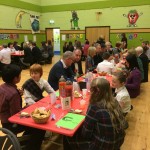 One of the many lessons we learned was about teamwork, to us this was a really important lesson because we all knew that if only one person had set up the hall then we would never have been ready in time for our Burns night! The only reason it was ready was because we worked as a team and helped each other out. 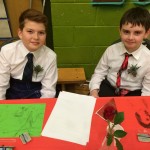 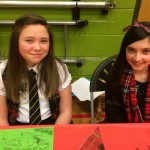 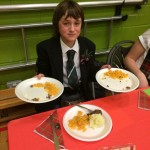 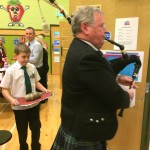 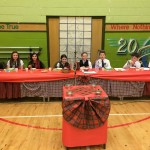 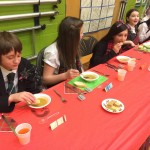 The highlight of the night and topic was probably the toast to the lassies and the reply. It was hilarious to listen and relate to what they were saying and although both toasts where amazing, the girls definitely won!! 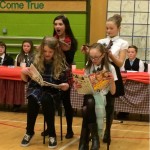 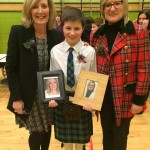 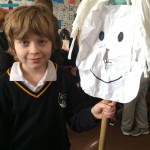 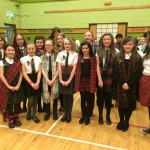 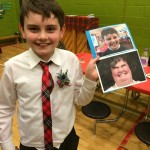 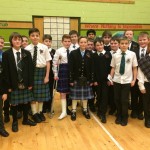 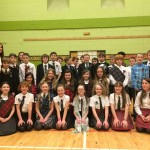 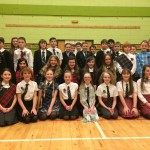 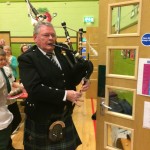 The Burns Supper was a great success and we all enjoyed it very much as we saw all our hard work and energy pay off!

By Hannah and Lucy D