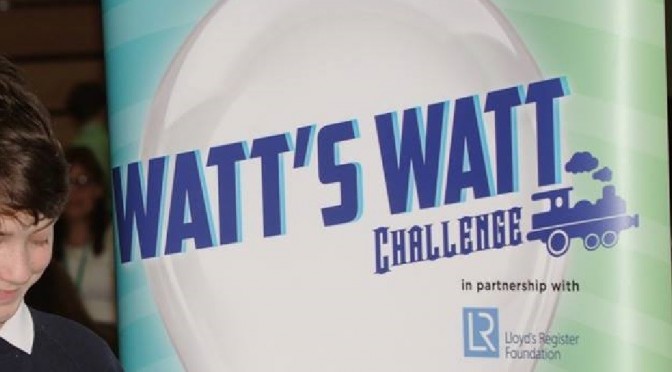 On Thursday Lucy D, Lucy F , Jack and I went to Port Glasgow high school representing Gourock Primary for a challenge called Watt’s Watt. We were put up against other schools for 4 tasks. One that we could do whenever we wanted was to create a poster about James Watt and his improvement of the steam engine. Our second task was to make a steam boat which could go using the force of steam. Firstly we had to saw the wood to make it streamline so Lucy D and I went to the station where the saw was and we cut the wood. Then we went back and started to wrap a copper tube around a glue stick to make it a twirl shape. We had to use metal wire to secure the boat so that we could put a tea light under it. The tea light was for when we put the boat in the water we put a syringe full of water in the tubing and lit the tea light so that it would create steam. We also put another candle at the front to balance the boat.

The next task was probably our hardest task. We had to make a train that could carry an apple on a monorail. The first thing we did was we went to the sawing station and we had to saw 2 centimetres off of these cuboids of wood so that they would be the same weight and size. Then we put on the turning cylinders on the bottom and on the top of them we out elastic bands so that they would grip on to the monorail. Then because we were only allowed to use one battery pack we had to put an extension cord so that it would wire the other cylinder to turn. It was very frustrating because the wires kept on falling out and when we had to test the train the wire fell out on the one metre mark. 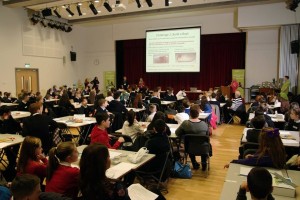 Our third task was to make light from an apple. The reason why it works is because of the potential difference between two nails going into an apple. What we found was that half an apple will make more volts than one full apple so we decided to cut the two apples and put the nails in as the apple works as a conductor. We put the wires into the nails and it powered the led light. I feel really proud of what I managed to achieve and hopefully we get into the finals. I’m really interested in science and high school science will probably be really fun!