We had a fantastic time yesterday morning at the Primary 5 and 6 Christmas Party. We showcased our Scottish Dancing, played some fantastic games, and snacked on lots of amazing food.

Thank you to all of the parents/carers for their food donations for the party!

Two pupils were awarded Pupil of the Month Awards for November in our class. Mairead received her certificate for supporting and encouraging others and for being a star dancer in our Talent Show. Ivan‘s award was for always having a go at things and for his musical and acting performances in the Talent Show. Well done to both Mairead & Ivan.

Ivan took part in a cycling competition at Inshes Park last weekend. Ivan came third in his race and received a medal  which he is proudly wearing in this photograph. Well done, Ivan! 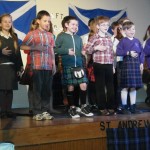 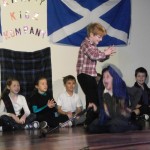 The audience loved our Talent Show! We are delighted! On Thursday, 28th November we were so excited and slightly nervous about our show but it went really well and we are very proud of ourselves! We sold lots of cards and have made a profit of nearly £160 to date and we still have a few cards to sell. 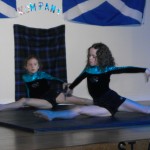 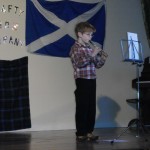 Here are a few photographs to remember how smart we looked in our tartan bits and pieces. A huge thank you to everyone who supported our show, baked shortbread for the guests and bought our beautiful cards! 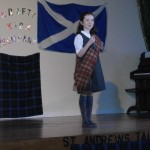 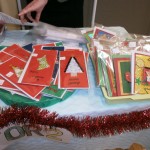 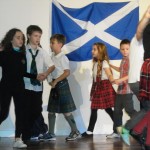 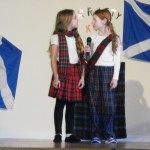 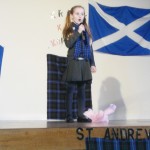 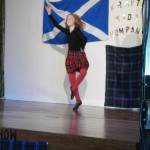 Lochardil Primary School claims no credit for any images posted on this site unless otherwise noted. Images on this blog are copyright to their respectful owners. If there is an image appearing on this blog that belongs to you, and you not wish for it appear on this site, please E-mail us with the link to the image, and it will be removed.