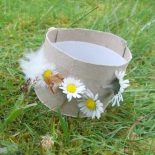 Reflections of a Trainee Teacher – @EarlyYearsIdeas

Today I came across an in the Guardian entitled: “Third of teachers ban electronic devices in classroom despite positive outcomes, survey finds”

This came as quite a shock! With the constant development of new technology and brilliant educational software, I had assumed that more and more teachers would be embracing devices (mobile phones, tablets and laptops), however this article suggests otherwise.

The figures within this article suggest that; while teachers acknowledge that technology can have a positive impact on teaching and learning, the level of distraction is a huge concern. On reading some further comments on the subject, it appears that mobile phones are often ‘blanket banned’ in schools as they are seen to be the biggest distraction. One commenter writes that ipads are used in their classroom with success, while another states that classrooms are about interpersonal interaction and expresses concern that personal devices are too individual. (Read the comments here.)

Despite the negative attitudes of some, it is clear that many educators are welcoming devices and technology within their classrooms. Sources such as this post from Teach Hub point out the many benefits to allowing personal devices, including:

There are, of course, disadvantages that must be considered (besides the distraction aspect!)

This post from Bright Hub Education points out that if children are encouraged to bring and use their own devices, it could raise issues where some children may not have the ‘best’/ newest devices (if they even have one at all!) This could lead to bullying and can impact negatively on a child’s self esteem. Theft may also be an issue if children are bringing expensive devices into school. The above issues could perhaps be avoided if the school is able to provide devices, however budgets often cannot accommodate this.

The Bright Hub Education post also makes a valid point; that ‘old school’ teaching should not be forgotten. I agree with this sentiment because, as great as technology and devices are, they should be used alongside other varied teaching and learning methods in order to meet the needs of all children.

The use of technology within the classroom will be an area of interest for me when I go out into my placement schools. Previously, I have seen smartboards and PC’s used effectively, but I have yet to see the use of personal devices. I would be interested to see how a teacher can tackle the problems of distraction and of division between privileged and less privileged pupils.