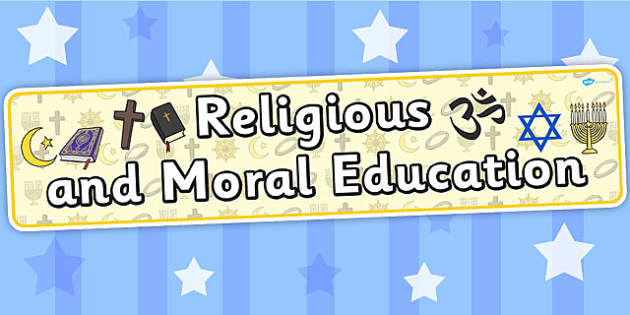 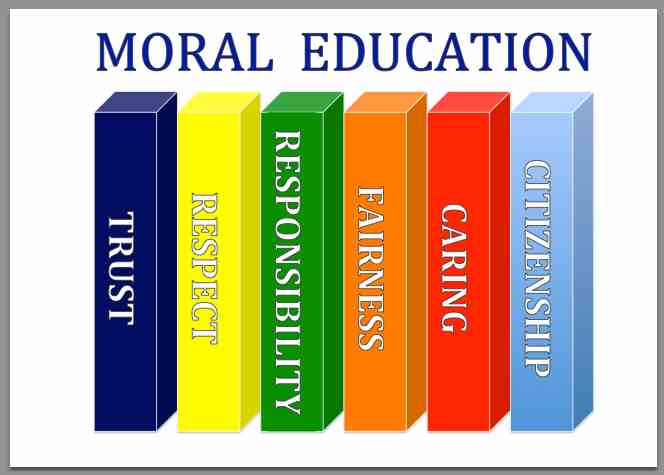 Moulsford, as with many other schools across England prides itself in being a Church of England school. This means that during assembly the boys are expected to pray, sing religious hymns and uphold christian values. I have myself observed this in practice and remember prayers and assembly singing, well from my own school days in Ullapool. The children do not only learn about Christianity at Moulsford but all faiths and with a specific Religious Instruction teacher at the school who is also head of Year 7. Morals are also taught throughout the whole school at all times with the every teacher ensuring this is upheld throughout all classes.

Image taken from Google – a lovely example of a wall display for R.E.

With Easter being a large part of the previous term, an Easter service was held with hymns and narratives from the bible read by the boys themselves. The school choir directed the singing with the orchestra playing the music for the hymns and I felt that this was a whole school effort to make the assembly a big part of the school year. Children do also attend regular assemblies every week where praying and hymns will take place in each one. Furthermore, even though the school as a whole caries out some christian practices as a Church of England school, it strives to not only teach about Christianity but about world religions, contemporary issues, historical figures, current affairs and moral dilemmas in weekly Religious Studies classes. As a subject from Year 1, the boys with learn through active discussion, media, ICT, external visits and outside speakers. This continues until common entrance in Years 7 and 8. There is a Common Entrance Religious Studies syllabus which is followed at Mouslford and prepares the boys for their common entrance examination to their senior private schools which is sat at the end of Year 8. I myself have looked at a Religious Studies past paper where the questions follow subjects such as Elijah, the 10 Commandments, Jesus, Cain and Abel etc. They are nearly always from a subject surrounding the bible which interests me as in my opinion, as it is a Religious Studies paper, shouldn’t it have questions from all world religions and not just Christianity? 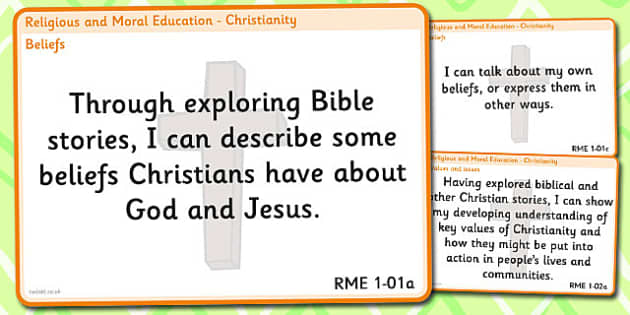 Moral Education“. It focuses on christian beliefs, practices, traditions and values, expecting the children to explore Christian stories, images, music and poems from early to fourth levels. Furthermore, practices and traditions in CfE will include things like Christmas and Easter which is very similar to the practice I am seeing daily at Moulsford. Additionally, having the values of what is fair and unfair and the importance of caring for, sharing and cooperating with others is again, similar to Moulsford’s values and there are certainly some comparisons between CfE and the National Curriculum in the way they teach Religious Studies. CfE do not only focus on Christianity but also all religions, with “World Religions” being the buzzword for this topic, so that teachers can focus in on any religions they wish and again teach about beliefs, practices, traditions and values of other religions. The National Curriculum in England actually sees religious education as another curriculum subject, as opposed to a programme of study by subject, where the subjects are more structured by key stages. There are some guidelines, but there is no specific content which needs to be studied at each key stage. The National Curriculum definitely contrasts with the common entrance exams for private education which do have a syllabus for Religious Studies.

To conclude, as one of my goals is to work with a different curriculum, my research into how Moulsford carry out Religious Instruction has been extremely interesting for me. The school as a whole teaches fantastic morals and although practices Christianity through the Church of England, encourages all religions. There is very little difference in the actual teaching of Religious instruction when it comes to the Curriculum for Excellence and the National Curriculum, so it is important the schools feel that they do what is right for their students. With regards to Moulsford, I see how crucial it is for them to stick to a syllabus that will not only enhance their learning but give the boys a better chance at passing their common entrance exams. Overall, I think Religious and Moral education is taught to a very high degree in all curriculum’s I have looked into to write this blog post, and certainly feel we as teachers, are equipping our children to live in the fantastically diverse country that we have in this modern age.