So to get the subsequent number all you do is find the sum of the previous two numbers. This can go on for ever and ever but all we need just now is the first bunch of numbers. The Fibonacci numbers also link in with The Golden Ratio, this is a value of 1.61803399 and is represented by the Greek letter Phi.

The golden spiral is then built from Fibonacci’s sequence numbers, we had our own chance in class to try out the process to come up with our own golden ratios. In order to do this we used the Fibonacci sequence numbers which were then our dimensions to create adjacent squares. 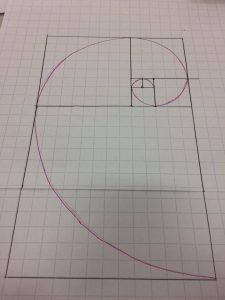 Here is my example, which was ok I must say for my first attempt (using a compass for the first time in a few years was harder than I remembered). Already you can see just how much everything adds up – the Fibonacci sequence numbers give us the widths of our squares, which are then placed perfectly next to each other making rectangles(which widths are also always in the Fibonacci sequence) and then when we use a compass we can create a spiral that passes through the points accurately. Amazing yet confusing! 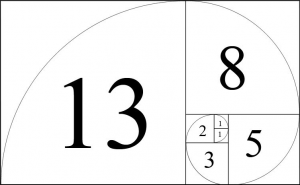 Here is a better example of how the Fibonacci sequence numbers make up the golden spiral. Because the Fibonacci numbers give you the length of the squares, which are then put next to one another and everything fits and adds up perfectly.

So you may be thinking how is this art? But the golden spiral is in a lot more places than you can imagine – even within nature itself. Here are some examples of the Golden Spiral in both art and nature, it truly does show us again that mathematics is everywhere. 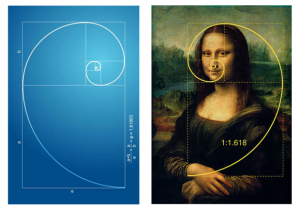 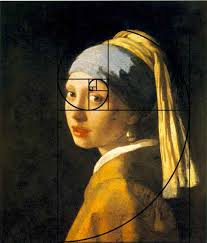 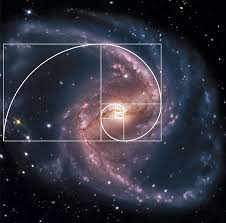 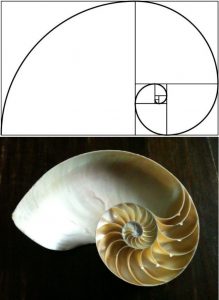 This highlights to me the link with Ma’s idea of connectedness. Mathematics is not only the one subject but goes way beyond this linking with other curricular areas such as art, but even further than that it is in our everyday life and nature. The galaxy includes the golden spiral, shells contain the golden spiral – mathematics is truly connected to almost everything and we just need to look beyond the basics to realise this.

As a teacher I think this is something I would definitely have a go at teaching because for us at university it was really interesting to learn about however I also think children would be amazed by this idea. Although this could be a maths or art lesson the importance to me would be to highlight to the children how mathematics connects with so many things we may not automatically think about. This will ensure the children are aware of the fact that mathematics is everywhere – and not just a subject they need to do in school.