So today we participated in a very insightful group activity within out Values Module. The class was split into four groups and each group was given an envelope that contained a selection of stationary materials. Each tables pack contained different materials, some groups having more than others.

We were then asked to discuss in our group about what we could make with these materials that would be beneficial for new students at the university. After ten minutes we presented to the other groups our ideas. It was evident, at this point, that the groups that had extra materials had come up with better ideas on what they can make. After presenting we were given a further ten minutes to make what we had planned to be scored by the tutor at the end.

Once the items had been made each group, once again, presented what they had. The groups that had the more materials were scored higher for their efforts.

Following this exercise we discuss how the activity made us feel.

Those who had less expressed feelings of disadvantage. They felt they should have been marked on their abilities to work with what they had rather than being compared to a group who was more advantaged. And the group that had the most equipment were actually oblivious to how disadvantaged the other groups were.

When we thought further about it we realised that this is also true for children within the classroom and how we, as future teachers, must take into consideration how not everyone is going to have the same access to books, computers, pens, paper and other such things as other children will. 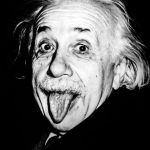 achievable by all so that no child feels like that are unable to accomplish anything. As Albert Einstein say ‘Everybody is a genius. but if you judge a fish by its ability to climb a tree, it will live it’s whole life believing that it is stupid.’ Equally it is not fair to judge a child who does not have the ability to access the information and equipment required to carry out any required tasks.