If you were asked to buy clothes for a child, it’s hard to break away from the instinct to associate the colours blue for a boy and pink for a girl. Similarly, when asked to picture a toy that would appeal more towards a boy or a girl, I know that, in my case, I would initially picture a doll for a girl and lego for a boy. This subconscious instinct to categorise what we believe to be socially acceptable or appropriate for children of both biological sexes is what is defined as ‘Gender Stereotyping’; a term used to describe the preconceived ideas whereby males and females are arbitrarily assigned characteristics and roles determined and limited by their gender. After watching the BBC Documentary ‘No More Boys and Girls’, I’ve learnt just how vastly gender stereotyping effects aspects of everyday life, let alone within schools.

So is the way we treat boys and girls the real reason as to why we are yet to achieve gender equality? Throughout his documentary, Dr Javid Abdelmoneim set out to find the answer to this question by carrying out a series of tests and interventions with children at their most influential age; a class of seven-year-old primary pupils. When asked to describe a boy, some of the responses given by pupils included ‘boys are strong’, ‘boys are smart’ and ‘boys don’t cry’. In comparison, when asked to describe a girl, the majority of the responses given revolved around ‘being pretty’ and ‘wearing makeup’. In addition, after running various tests, Dr Javid found that girls were significantly less self-confident and boys found it harder to express their emotions. Furthermore, when given the task to solve a Tangram puzzle, Dr Javid found that boys had a greater spacial awareness and ability to piece together puzzles and shapes than girls. This is most likely a result of the experiences children have in childhood, the toys they play with, and the world they inhabit, thus shaping the abilities they adapt, as well as physically changing the structure of their brains. 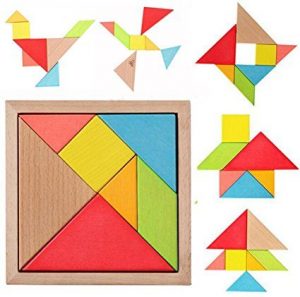 With the aim of addressing these issues, one of the first interventions Dr Javid put into place was setting the children the task of displaying a series of paired quotes around the classroom. Some of these quotes, to name a few, included; ‘boys and girls are strong’, ‘boys and girls are smart’, and ‘boys and girls are sensitive’. By doing so, this was the first step in educating the children that, what boys can do, girls can do too, and vice versa. To further implement this, when asked to draw what they pictured to be a mechanic and a dancer, the majority of the children drew the mechanic as male and the dancer as female. However, when inviting a male dancer and female mechanic into the classroom, this further combated the pupils’ beliefs of what is seen as a ‘man’ a ‘woman’s job’. Furthermore, when observing behaviour in the classroom, Dr Javid picked up on the ways in which the teacher would address the class; calling the girls ‘love’ and the boys ‘mate’. Although seemingly harmless, this was a way in which children were being treated and regarded differently. To avoid this, a chart was created whereby a mark would be made for each time these nicknames would be mentioned. By removing nicknames associated with each of the sexes, this further implemented that both boys and girls should be treated and regarded as equals.

At the start of term, the difference in self confidence levels between girls and boys stood at 8%. At the end of term, this percentage dropped down to only 0.2% as a result of the various interventions put into place. Additionally, the boys’ pro-social behaviour increased by 10%, their observed bad behaviour decreased by 57%, and their ability to identify emotions had improved greatly. Along with this, over the term, girls’ self motivation increased by 12% and, after two weeks of practice, the top 10 pupils at Tangram puzzles were 5 boys and 5 girls.

From these results, it is clear that, by implementing gender equality to children of such an influential age, children are already able to dismiss the stereotypical ideologies and ‘differences’ that have existed for generations and acknowledge each other as equals in only a short space of time. By removing gender stereotyping, you are left with more confident, happy children that recognise their similarities with others, as well as their own abilities, enabling them to reach their full potential.

Read in your language