To consolidate our learning from a lecture in values on racism, was a task on resource allocation. We were each in groups and given the task of creating something for new students at the university that they would find helpful. Each group was given a large envelope with materials inside to help make this product. Each group had different materials, the first two groups had the most materials and the last groups had very little materials and resources.

We were all given the same amount of time to come up with ideas of what we wanted to make with our resources. Quickly the bottom groups saw they had less materials and felt annoyed at this. The top group didn’t notice there was any differences. When we were asked to present our ideas before we made the product the top group explained how they would use most of the resources they were given and each lowest group explained how they would best use the materials they were given.

Everyone was left to make the product as they explained. I was in a bottom group and the general feeling was that we were annoyed that we had less to work with but knew that our ideas were still great with the resources we were given to use. The product we were making would be just as useful to the new students as the ones made in the other groups.

Obviously, because the workshop was on the values and we had been learning about how people were treated differently and how society pins people into different rankings. We knew this was an exercise to see how people would feel or react. When presenting the products the first groups got the most attention and praise and feedback from Derek and the last didn’t get any at all and he spent time on his phone acting disinterested. I presented our idea knowing this, but knew that showing that I was aware or affected would only prove a point – similar to how less fortunate citizens of society feel when they are always given the lower hand. I also know that it can be boring listening to group after group presenting so presenting last can mean you don’t have the interest of the class at all.

To me it’s important to not let these things affect how you act. I believe society has never had a meritocracy – regardless of how people in the higher classes may think. I know that people that do not have the resources that others do, have to work harder to be noticed or prove that their point is as good or better, than those who are ahead of them due to their power or status – or parents power/status.

When the class evaluated how the groups felt, the top group said they had no idea that was happening throughout the task. The bottom groups were well aware. It shows very clearly that the people in the higher class or with more power/status are often oblivious that the struggles that the people below them face. The task was an interesting way to see how society functions.

I have included a picture I have found that, to me, describes meritocracy in our society. 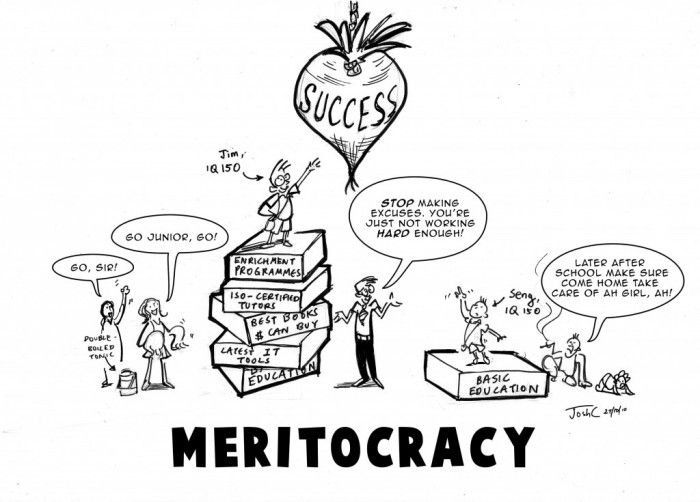 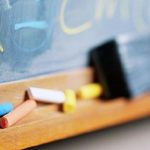 Read in your language..