Picture Taken through a screen grab of www.Google.com

I am not sure if this is entirely relevant but after searching Google for information to add into my languages assignment I came across the fancy “Google” logo. The logo was a type of maths related design, which when clicked on took me to a search of George Boole, whom I read was an English mathematician. Normally, things like that would not interest me and I would just click back to what I had intended to search but the incredible similarities between George Boole and Colin Firth were too obvious, in my opinion, to not find out who George Boole was and his input in the world of mathematics. 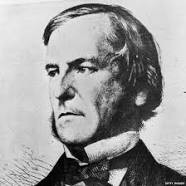 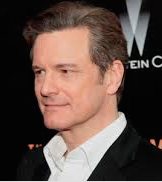 George Boole was born on the 2nd November 200 years ago!! ( which makes this post a little more relevant as it is the 2nd November today). He is known for “laying the foundations of the computer age” (Mortimer,2015) Boole created the  Boolean system which allowed all maths variables  to either be true or false/ on or off. 70 years after he died another man, Victor Shestakov from Moscow State University, used the Boolean code in relation the computer systems and its to this day still relied on in technology.

George grew up in Lincolnshire, England where he went to school until the end of his primary education. However after his primary years George had to help in his fathers business, as a cobbler, to try to stop it from failing. George was largely self taught as he had an interest in books so began to teach him self languages and mathematics. He then went on to open a school, at the young age of 20, where he taught mathematics and became so much more inspired by it that he went on to learn more.  (George Boole facts & biography | famous mathematicians, no date) In 1849 he was made a professor in Queens College in Cork due to others in the field recommending him for the job even although he had no university degree himself, which caused contreversy in . Others reccommended him due to the fact he was becoming more and more famous and well known in his own right. He had published many maths works at the age of 26. He accepted the position and began working on his most famous work;  An Investigation of the Laws of Thought, then within 2 years he was made the Dean of science . Boone married his wife Mary Everest and had 5 children with her. He tried to encourage Mary to study at the university also but he did not succeed. Sadly, Boone died from pneumonia in 1864 after he walked to the college, where he lectured, in the rain and returned home after. This is what was thought to have started the condition.

It is apparent that Boole did not realise how important his work would be to todays society. The technical age in which we live would not be as it is without him and his work.