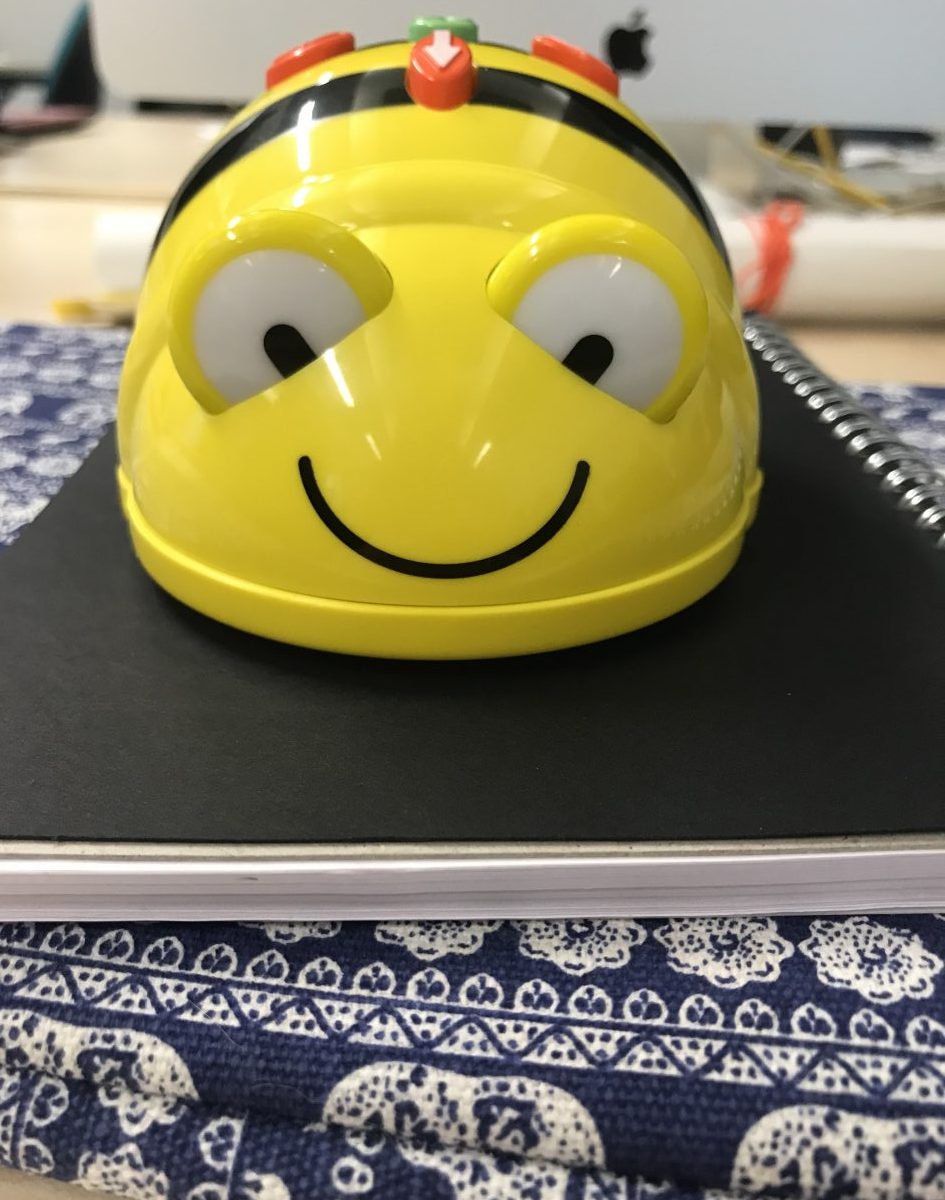 All of the benefits displayed above show how much knowledge and experience children can gain with programmable toys being implemented into lessons.

In this session we got to work with Bee-Bots and experience them for ourselves as many of us had never used them before. Bee-Bots are simple programmable toys which allow for the input of code to dictate where you want the bot to move to on a mat. It simply has four move buttons: forward, back, left and right. For example, if I wanted Bee-Bot to move two squares forward and one square left, I would press: forward, forward, left and forward. Once I have input my code I simply press the green ‘go’ button and Bee-Bot starts to roll over the mat. Due to the simplicity of the toy it was discovered that children were able to figure out and use Bee-Bots with little to no help after the first explanation, displaying the children’s problem solving and independent skills developing (Lydon, 2008).

Our task was to create our own Bee-Bot mat that would develop one experience and outcome (Es & Os) related to technology and any other Es and Os that would match our activity. Before coming to the session, I thought about what I could create but didn’t want to focus on numeracy and literacy due to the high volume of mats that are available. As I am currently studying a module in Spanish, I thought using programmable toys would be a fun way of helping children learn some basic Spanish. The children would pick a card and either have to answer in Spanish or figure out the Spanish to match up with the number answer on the mat by moving Bee-Bot. This allowed me to create a cross-curricular activity allowing for many learning opportunities. The experiences and outcomes that are developed in the activity are: 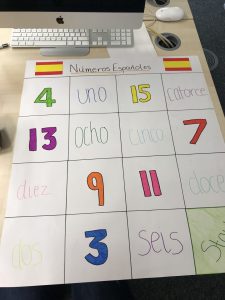 I started my mat by measuring out 15cm x 15cm squares, allowing me 16 spaces to fill in. This allowed me to fill in the squares with the numbers 1-15 to keep it simple for first level outcomes. After all my squares were drawn out, I wrote out a single number in each square varying between numbers and Spanish words. To make the mat more appealing I used bright colours for the writing. I then created cards in which the child would try and work out the sum before programming Bee-Bot to move to the correct answer. To find out if the child had the correct answer, they flip over their card, creating instant feedback. Furthermore, this allowed for children to work more independently and also with each other with minimum input from the class teacher. 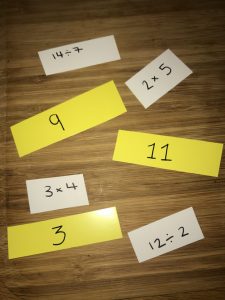 Overall, I really enjoyed using the Bee-bots and seeing how they can be very useful in class lessons. I now also feel confident with using Bee-Bots and could happily take a lesson involving them. Reflecting on what I would change on my mat if I were to create it again, I feel I would use either just numbers or just words to simplify the activity before introducing the more complex mix of words and numbers. Looking forward on how to develop my skills with Bee-Bots further, I am going to think more creatively and make the mats more interactive to aim to keep children engaged longer than a simple mat.

I am looking forward to our next session where we will be using ActivInspire as I have never used it before.