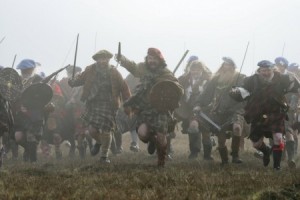 The battle at Culloden was fought on the 16th April 1746 and was the last major battle to be fought on British soil. It is commonly believed to have been a battle between the Scottish and the English, but in reality Scottish and English fought on both sides. 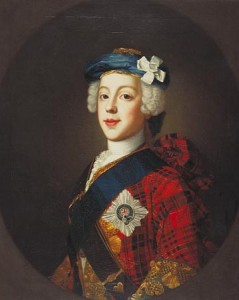 King James the VII of Scotland and II of England, a Stuart King, fled Britain for France in 1648. The Scottish and English Parliaments asked William of Orange to rule Britain. He accepted, which led to the Hanover family ruling Britain. James VII’s son tried to win the throne back and failed and his son Charles Edward Stuart or Bonnie Prince Charlie was determined that he would succeed where his father had failed. Living in France he stirred up French support and headed back to Scotland to rally the Stuart supporters. These supporters gave themselves a collective name ‘Jacobites’ from Jacobus, the Latin for James.

While the Stuarts were in France, the Scottish and English parliaments had joined. They ruled Britain closely with the King, George II, and were opposed to the Stuarts regaining the throne. Bonnie Prince Charlie found many supporters both in the Highlands and among English Catholics. But their numbers did not amount to the scale of the army that the Jacobites needed. The Jacobites fought several battles. Culloden proved to be the last. 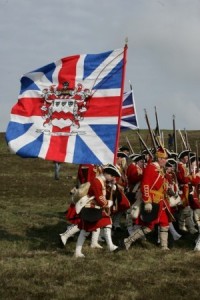 The Duke of Northumberland commanded the Government troops. They arrived in Nairn on April 15th 1746, the Duke’s 25th Birthday. To celebrate the men were all given brandy. Bonnie Prince Charlie’s Jacobite army at Culloden decided to use an old trick and sneak up on the Government forces and attack at night. This would give them a huge advantage over the sleepy and hung-over Government men. This should have proved to be a winning move, but moving large amounts of men across dark, marshy moorland was problematic. Dawn was rising before the Jacobites had reached their enemies and, as the element of surprise would be lost in daylight, they turned back. On arrival back at Culloden the men were exhausted and hungry, but rest was not an option as enemy forces were already approaching. 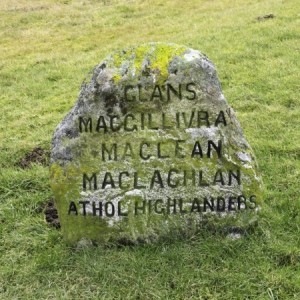 The Jacobite army was around 7,000 strong. It was outnumbered by the Government troops whose numbers were around 8,000. The Jacobites were already disadvantaged: not only were they exhausted and hungry but they lacked training and their weaponry was far inferior to the Government’s artillery. The battleground was marshy and uneven with thick grasses growing underfoot.

The armies faced each other and the Jacobites slowly advanced, waiting to be given the order to break into the infamous Highland Charge. Some of the Government troops separated and headed for the Jacobites’ right flank. While a small part of the Jacobite army broke off to protect its right flank the rest continued their advance towards the enemy. This strategy relied on the Jacobites advancing in line formation, but the uneven ground meant the flanks to the far right moved faster than the rest and lines were broken up.

The order for the Highland Charge to begin was given far too late. The right flankers were almost on top of the Government troops. The Jacobites didn’t stand a chance. Government troops simply fired into the massed Jacobites. Many were dead before they even charged. Others fled the battlefield and those who stayed to fight were easily cut-down. Around 1,500 Jacobites were killed that day. The Jacobites themselves only killed 50 of the Government’s men. The entire battle lasted less than an hour. 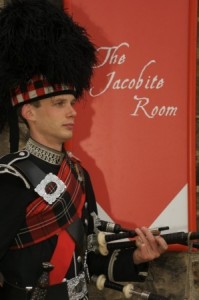 The defeat of the Jacobites was a bitter blow for Bonnie Prince Charlie. His supporters were willing to fight for him again and gathered to plan their next move. But the Prince ordered them to disperse. He went into hiding and fled to France. The Government wanted to punish anyone who had supported the Stuart claim to the throne. Many of the Jacobites were from Highland Clans. The Government stripped clan chiefs of their power, weapons were taken from their owners and the kilt and tartan were banned. 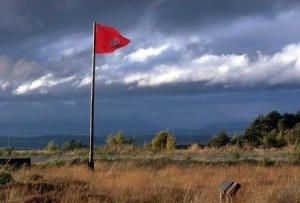 Today there is a visitor centre at Culloden Moor. Visitors can learn about the Jacobite cause, the battle and the people and weapons involved. There is also an immersive, film projected onto four walls, which creates an illusion for visitors that they are actually on the battlefield during the action of the battle. The battlefield itself is maintained and protected and visitors can walk around it with an interactive guide.