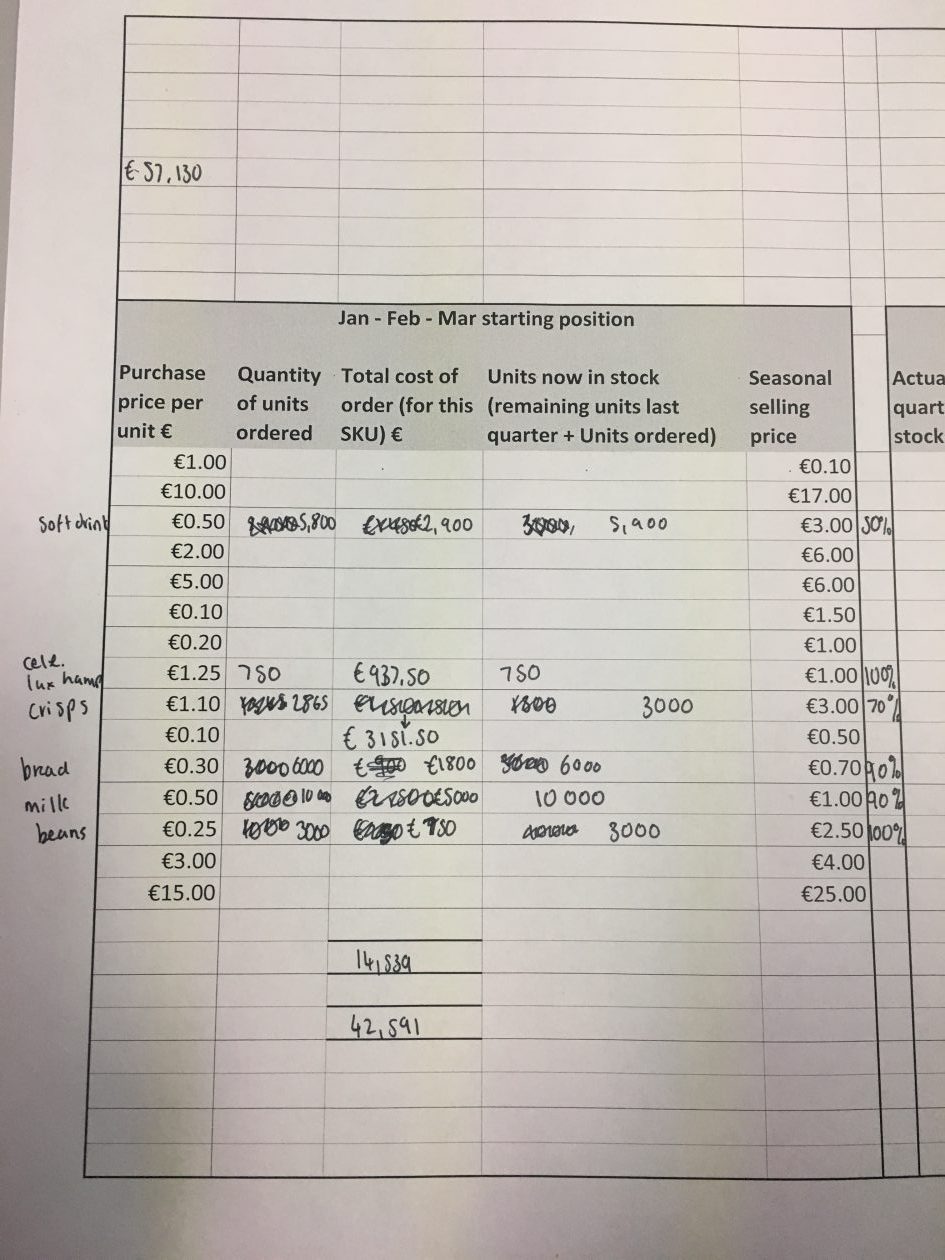 Can I really link everything back to basic mathematics?  This is what I am keen to explore and learn about through the Discovering Mathematics module.  In this blog post I am going to discuss how connecting mathematical errors made in other areas of maths can be linked back to basic, fundamental mathematical principles.

In the first workshop of discovering mathematics, we discussed how many things around us can be linked back to basic principles and concepts in mathematics. Some basic principles and concepts of maths are weight, quantity, addition, subtraction and division. It is interesting how there are some things that we have just accepted when we are taught mathematics. A word to describe this is, axiomatic. (English Oxford Living Dictionaries, no date).  For example, one add one is two however, what is the number one? It is universally agreed that one is one.  One is a number that represents or symbolises for example, one pen, a quantity of something. Quantity being a basic concept in maths.

However, the number one is something that I just seem to accept, one is one.  It’s universally accepted. This can’t be the same for all things to do with maths. Pupils need to understand why things just are, why they are accepted

More complex maths or maths errors that children or even some adults might make can be linked back to fundamental basics. Ma (2010, pp.24-25) looks at errors in pupils’ long multiplication answers. Children when doing long multiplication where not lining up numbers into the correct positions. Teachers had different opinions as to why this was a problem. Some teachers said that it was because pupils just did not line the numbers up correctly whilst others argued that the the errors are because the pupils do not understand the reason or relevance of what they are doing in their algorithms. Therefore, an argument between algorithms being  just a process that children need to memorise and the need to understand why they were doing something.

I agree with the latter argument, that the mistakes were due to a basic principle and concept not having been  understood. This being, place value. For me personally, I know that when I was taught how to do long multiplication I was taught a process, a procedure that I had to memorise. I was not told why I was doing the procedure and some pupils may not have understood the basic principle that connects to the solution that is necessary in order to solve the maths question.  The children in this example given by Ma, is that the pupils did not understand the value of the the numbers.

Therefore, since this mistake can be connected to a basic mathematical principle not being understood then maybe other mistakes can be too! This is why when teaching in the future, I should analyse the mistakes made by pupils since once basics are understood then they can be applied to other mathematical concepts and teach children to further their own understanding of fundamental mathematics by being able to work back to the basic concepts to see where they may have made an error.

In chapter 5, Ma (2010, p. 104) gives advice that I want to take on board in my teaching practice such as, making connections between the current topic or concept of maths to other concepts in maths, to show pupils more than one way to solve a problem so that they can take various approaches to solve a problem thereby, looking at things from multiple perspectives, to focus on the basic ideas and to build upon these foundations.