In the first workshop we looked at how to develop research skills, collaborative skills and critical skills. We took part in various different experiments and tasks that we would be able to do with the pupils in the classroom when teaching about natural disasters. I found this input very useful as teaching this subject could be challenging because it is quite a sensitive topic and can also depend on the maturity level of the class which means I would have to be aware of this when I teach it. There were four experiments that we did in this workshop which were using a bunsen burner to make a volcano, making fossils, making a volcano and smashing rocks. Making fossils would be a fun and engaging lesson to do with the class as the pupils would be involved in the whole process of this.  The Volcano would also be a good experiment to carry out with the class, all you need is vinegar and baking soda for it to work. This would allow the pupils to be imaginative and think of what a real volcano would look like without it being too graphic. Imaginative is one of the UWS Graduate Attributes and it is also important for me to use this skill when thinking of engaging but fun ways to teach the pupils about certain topics. The last experiment I did was smashing rocks to show what an earthquake looks like. I found an informative video about Earthquakes on Newsround which would be appropriate for the pupils to watch as it does not contain graphic content and is also interesting.  https://www.bbc.co.uk/newsround/45991910

In the second workshop we looked at political and economic considerations on natural disasters. We were given an image to look at and discuss.  We decided it looked as if it may have been a hurricane that had affected this building as infrastructure of some building would be able to remain unharmed if a hurricane occurred but others would not. Economics relates to this as a richer community would be able to rebuild their community faster whereas a poorer community would take a lot longer to get back on its feet and this is something that pupils could look further into to see the countries preparation, response and the recovery and how all of this has an effect after a natural disaster occurs. We then did a fruit tree relating to the global poverty gap. This could be a task that a class in the upper school could complete when talking about certain topics. 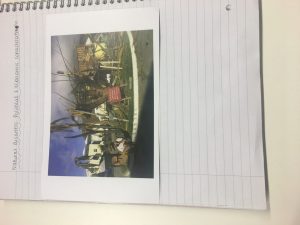 In the second week of this topic we carried out a Microteaching task and our group was looking at volcanoes. This allowed me to use my group work skills as we all looked at a different piece of information and then linked it all back together. A research task on Volcanoes, or any other natural disaster, would be very useful in the classroom as it allows the pupils to expand their knowledge but also each have a role to contribute to the group allowing them to work together and collaborate. Collaborating is a UWS Graduate Attribute and is an important skill to have as a teacher, I will have to work with a wide variety of people and need to be confident when doing so therefore this task allowed me to use and develop this skill.  There were six groups that did a Microteaching task on a different disaster. When watching each group I developed my listening skills further as each group had a different way of presenting which was very interesting and engaging. I found this task advantageous as it showed me how I would teach my class about natural disasters and the various tasks the pupils could carry out in order to become more knowledgeable about each topic.

An experience and outcome that I would look at when discussing this topic would be – I can describe the physical processes of a natural disaster and discuss its impact on people and the landscape. SOC 2-07b. I could link this into an art lesson on drawing a volcano, a science lesson by doing the volcano experiment that I previously mentioned and I could also link this into media reports such as Newsround which the pupils would find engaging whilst also finding out important information. 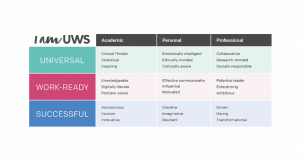