This week in the garden, the children have been showing an interest in colour mixing and painting. We have been learning what colours we can mix to make different colours 🎨. Our garden has been looking nice and colourful with everyone’s lovely artwork! 🖼

On Thursday, we also had lots of fun playing with the snow! We had a snowball fight and built a snowman called Sammy⛄️! We have seen lots of lovely independence as the children self selected their resources, set up the table and served themselves and their friends 🥰 They took particular care with the babies, In the home corner we have been learning how to take care of babies 👶 We have been feeding them, changing their nappies, putting their clothes and putting them too bed. We even gave them all a big bath 🛀 we have also been talking about what kind of foods they eat. 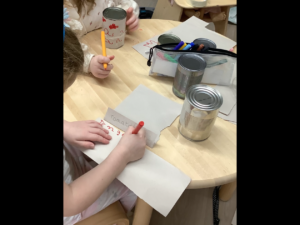 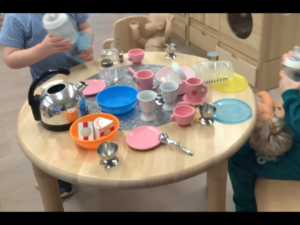 This week in malleable and small world we have been very busy ! We have been exploring the farm animals 🐖🐄🐂🐴. The boys and girls have really enjoyed this . They have been using the animals to sort into groups and count . This has been great fun. We have explored the size of animals 😄 and the noises that they make. We have spoken about the different foods that they may eat.

We sang  🎶old Mac Donald had a farm .

We also have been playing with safari and jungle animals 🦁🐆🐒🦓. Reading the lion who wanted to be loved story 📚 again talking about each animal what they like to eat and what nosies they make . The boys and girls found this really interesting sparking some interesting conversations 👏. 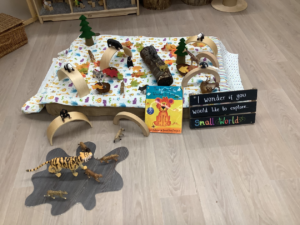 The malleable area has been used for pretend baking with some inspiring chefs 👩‍🍳🧑‍🍳 the boys and girls have particularly enjoyed having some extra flour, they have rolled and patted , made pizzas 🍕 and cakes 🧁. Well done everyone for having soo much fun at our nursery ❤️ 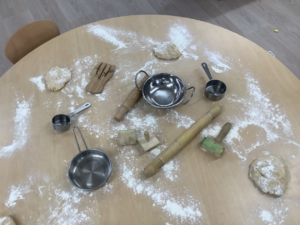 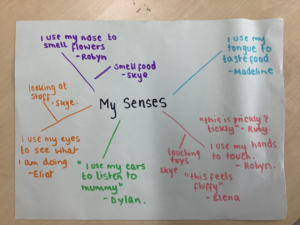 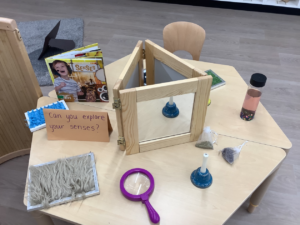 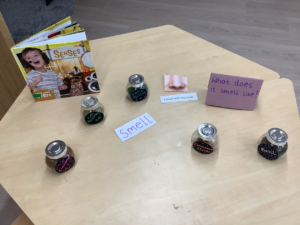 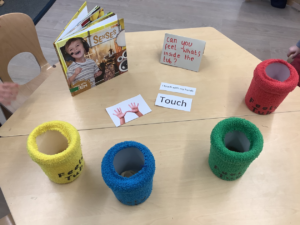 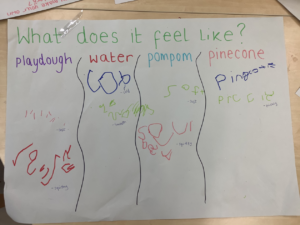 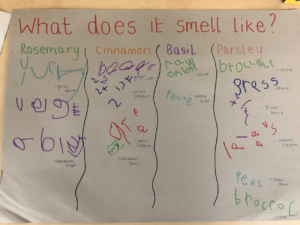 This week in the STEM area we have been exploring our 5 senses. We made a mind map to share our ideas of what we think our 5 senses do. We then participated in a range of different activities where we were blindfolded and had to rely on guessing what was in front of us using only one sense at a time.

We collated our information and used our mark making skills to write our answers.

This week the children have been talking about farm animals as one of our nursery friends had visited a farm. 🐴🐔 We created the Oakburn alphabet farm with lots of things you would find on a farm.  We made alphabet stones that we used to spell out the names of animals.  The children developed their letter recognition and the sounds of the letters in the alphabet.  The children played cooperatively sharing and taking turns of the letters and the animals.  We also enjoyed singing Old MacDonald while playing with the animals making lots of funny noises 🐮🐷