Time is a funny thing. It is something that we all use but we have no idea where it originates from.

Well let’s try and answer some of those questions.

Horology is the study of time and the measurement of time. The word ‘Horology’ originates from Greek words hṓra (hour, time). Horology also look at how time is important to humans and is this idea of time innate in animals.

When you think about it, time is enlaced though everything that we do. What time do we go to sleep; what time do you get up; how long did you sleep for, which makes a huge different to how you feel that day; the time that you eat at throughout the day. Humans are not the only ones that go through these different time routines everyday, so do animals.

For example, if you look at my dogs. My dogs in the morning and evening are very vocal about needing fed. They will come and sit staring at myself or my mum until we go and feed them. Now, does this mean that they have an innate idea of time, which is referred to as a “body clock” or do they just start to get hungry? There is no way to really know.

However, what about animals that’s routines are not influenced by humans, for example, nocturnal animals. How do they know that it is time for them to come out? it is said that they “just know” when to sleep and when to eat but that “just knowing” would be their innate idea of time. Another example of animals understanding the concept of time is hibernation. How do hibernating animals know when it is time to stock up for food and find a suitable spot to hibernate in?

A suitable example for this time of year is migrating birds. If you look up in the sky in the mornings and evenings the sky will be full of geese migrating for the winter. In the spring, the sky will again be full at these times of day as the geese migrate back to Scotland. But how do these birds know when it is time to migrate? Is it that it simply gets too cold for the animals hence why migration and hibernation happens? Or is it that the concept of time is imbedded into these animals’ natural instinct which tells them when it is time or change their behaviour to suit their surrounding or move elsewhere. I use the migrating geese over Scotland as my own way to tell time. When I see them migrating south I know that it is getting colder and that winter is coming and when I see then migrating north I know that spring is near. This means that I use an animals innate time telling to clue me in on what time of year it is. 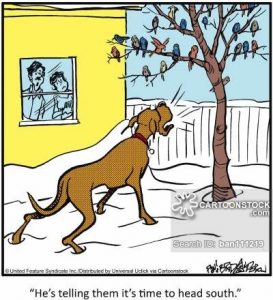 We tell time using the traditional mechanical clock. However, this is not what has always been used to tell the time. Sundials and obelisks are the oldest known device for measuring time. Sundials worked by tracking the sun as it moved from east to west. As the sun moved it created shadows which then predicted what time of day it was. A pillar or stick called a gnomon was put in the middle of the sundial and time was then calculated depending on the length of the shadow (Marie,2016).

This is the shadow of the sun revealing the time on a sundial. 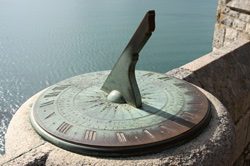 The Egyptians created an obelisk. There were similar to a sundial but they divided up the days into parts. This was the first time days had ben formally divided up. These worked the same as sundials but the enabled citizens to partition their day into two parts by noon. Obelisks also showed when the longest and shortest days of the year were (Bellis, 2016) 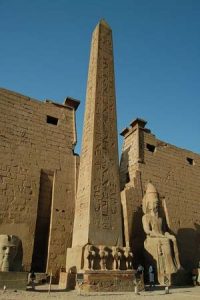 Marie, N. (2016) When time began: The history and science of sundials. Available at: https://www.timecenter.com/articles/when-time-began-the-history-and-science-of-sundials/ (Accessed: 21 November 2016).