During one of our most recent inputs with Richard we discussed a bit about time which eventually led us into a discussion about timetables and how they work.

We began talking a bit about the study of time- also known as Horology, and it’s importance to humans. The more I thought about it the more I began to realise that pretty much our whole lives are influenced by time, from the moment we get up to the moment we go to sleep at night our whole day is based on this mathematical concept without bus even thinking about it. If we really think more into it it’s not just humans that base their lives on time, what about animals? do they have any idea about time?

If we firstly think about household pets such as our beloved dog, many of us can say that when it reaches a certain time in the day the dog goes wild demanding food or their daily walk. This could be referred to as a “body clock” so we could say that animals have some concept of time, although it is hard to say whether its their internal clock or just when their tummy starts to rumble. When we think about other animals, if their routines aren’t influenced by humans, for example an owl, how do they know that they should come out at night? They have special eyesight for night time so we could say that it is just in their genetic makeup to know when to go to sleep and when to wake up. Hibernation is a similar concept, how do animals know to stock up on food and when to go to sleep for the winter?. Birds also know when to migrate, most of this could just be down to the weather being simply too cold for them to cope with so every year they come up with the same ideas of hibernation and migration? Or we could say that time is embedded into their instincts telling them when it is time to change their behaviour to suit their surroundings. 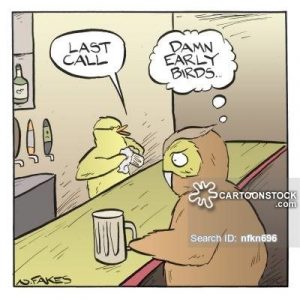 So before we had created our mechanical clock that we still use today how did we tell the time? was it just embedded into our instincts? Well Marie, N. (2016) helped with my understanding of the early use of time by speaking about sundials. A sundial uses shadow to track the movement of the sun which then gives us the time of day according to its position. Within our input we discussed just how much maths really applies to this, before using it people would have needed to be clear about what speed the sun moved at, did it travel at the same speed all day? This shows us that there was an understanding of maths and how to link mathematical concepts to apply it to real life. 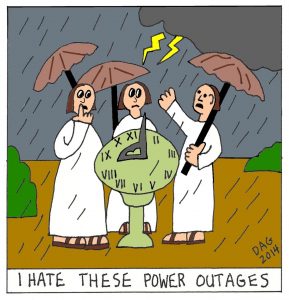 Overall this input helped me to understand what it means to have a “profound” or “specialist knowledge of fundamental mathematics” as it has given me yet more examples of how maths can be used beyond the classroom without us even thinking about it!

Marie, N. (2016) When Time Began: The History of Science and Sundials. Available at: https://www.timecenter.com/articles/when-time-began-the-history-and-science-of-sundials/. [Date Accessed: 10/11/16]