From various inputs I’ve realised that the topic of the ‘Romanian Orphans’ was brought to our attention several times. I decided to have a look into the topic as I’d never heard of before and reflect on what I found out. 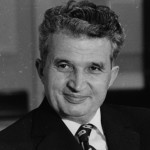 The term ‘Romanian Orphans’ raised due to Nicolae Ceaușescu forbidding both abortion and contraception all increasing birth rates. Many children along with people who were mentally ill or disabled were dumped in orphanages. These vulnerable groups of people were subject to abuse and neglect including; physical abuse, sexual abuse and controlling their behaviour through the use of drugs.

The orphanages also lacked washing facilities and medicine. The conditions of the orphanages declined again in 1982 when Ceaușescu decided to use all of Romania’s economic wealth to pay off foreign debt. However, many of the children within the orphanages were recollected by parents at the ages of 12,13,14 – when they were old enough to help their family earn a living. 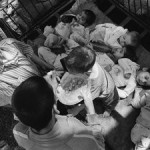 Within the orphanages, there were often 10 people crammed into a room with 2 sharing a mattress, which were often rotten, lying in their own waste. Many children looked much younger than they were due to malnutrition and suspected, undiagnosed condition.

In the adult rooms there could be up to 160 adults found up to the age of 80.  Those that were disabled were often found in isolated parts of the orphanages with no protection against the cold as their clothes were often thin with several holes. Many of the orphans never experienced the basic human right of sanitation and many of the investigators reported a stench of rotting flesh and gangrene. 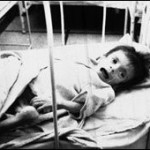 Over the years, many orphans lived for very few months, years in these conditions contributing to the exceedingly high death rates. Those who did eventually escape the orphanages had to learn to deal with the altered brain structure, brain damage and disabilities they had developed through living in such poor conditions.